New Delhi, Jul 16: It was on 25th June of 1975 that Emergency was imposed in this country. 39 years have passed on since the time democracy was brutalised in India. Many of us were 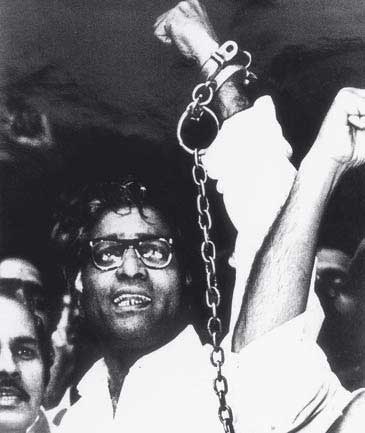 By 1973, Indira had started taking completely whimsical decisions. She did not hesitate in even interfering in the independent functioning of the Supreme Court.  The most striking decision was the appointment of Justice A N Ray as the chief justice of Supreme Court. In her eagerness to control the judiciary, Indira promoted her handpicked man superseding three other judges who were senior to Ray. Indira was desperate to appoint a pliant chief justice because the Supreme Court in recent times had given adverse opinion in cases like bank nationalization and the abolition of Privy Purse.

Explaining the rationale behind imposing emergency, Indira Gandhi told the ‘Sunday Times' of London, “the extra-constitutional challenge of the JP movement was constitutionally met.”

So what was this JP movement and can it be blamed for imposition of emergency in this country? Let's try to understand the nature and impact of JP movement first.

By 1974, corruption had taken diabolic proportions and public, especially the youth, was seething with anger against the rampant corruption that had almost paralysed the governance.