The changing agriculture scenario in India: What worries the farmers

Three contentious farm laws traversed successfully in Parliament amid fears of corporate sharks jumping into the agriculture space, further skewing the playing field for small farmers. Thousands of farmers have been camping at Delhi borders, demanding repeal of the laws. But what, exactly, is bothering them?

Three contentious farm laws traversed successfully in Parliament amid fears of corporate sharks jumping into the agriculture space, further skewing the playing field for small farmers. Thousands of farmers have been camping at Delhi borders, demanding repeal of the laws. But what, exactly, is bothering them? The sticking issue, here, is that of the Minimum Support Price (MSP), which, the farmers believe, will be discontinued. However, Prime Minister Narendra Modi has clarified that the system of MSP will remain and that the government procurement will continue. The idea propagated by the government seeks to remove constraints for farmers and set them free from the shackles of middlemen.

However, official records show that the MSP regime has benefitted less than just six percent of farmers in India. The bills -- The Farmers Produce Trade and Commerce (Promotion and Facilitation) Bill, 2020; The Farmers (Empowerment and Protection) Agreement on Price Assurance and Farm Services Bill, 2020; and the Essential Commodities (Amendment) Bill -- are aimed at liberating the country's farmers from the archaic mandi structure.

The farm bills allow farmers to sell their produce at places other than the APMC mandis, thereby deregulating the tight agricultural market mechanism, and expanding a farmer's choices. Here, the idea is to encourage farmers crack a better deal than be restricted in the APMC mandis. However, what farmers foresee is a reduction in their price security net. Being at the receiving end of the MSP hurdle for decades, farmers now feel more vulnerable as they fear the bills will further dilute the price guarantee on crops.

MSP, here, is like a government security net for farmers, one that guarantees to buy crops from farmers via different agencies and also protects against bullying by middlemen.

What further concerns the farmers is a greater corporate control. The new laws allow corporates, traders and end customers to procure from farmers without a licence or payment of fee, unlike in the APMC structure. With this in motion, farmers fear large corporates would exercise direct control over farm prices in the long run. They feel they don't have the financial means to negotiate remunerative prices. Moreover, farmers also believe that the bills are designed to help corporate houses at the cost of farmers, denying them statutorily guaranteed procurement of crops at the MSP. 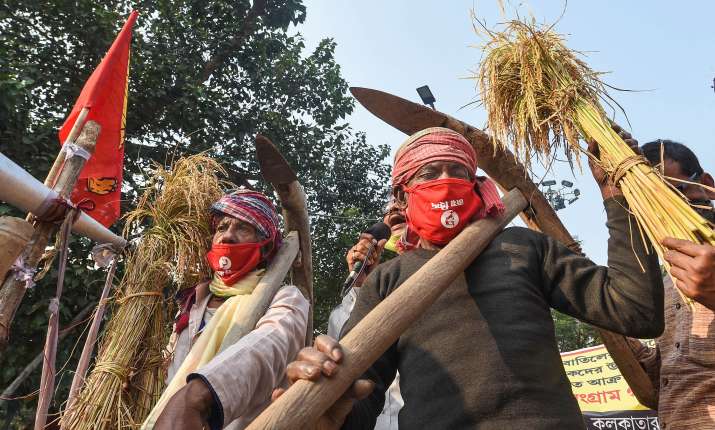 Under the new law, states are to constitute a 'conciliation board', with district collectors as the final appellate authority. The three-level dispute settlement mechanism would comprise of parties to the agreement, the sub-divisional magistrate, and appellate authority. In case a dispute occurs, the SDM will ask both the parties involved to appoint two panch each for a solution. But, if the issue is still not resolved, the SDM will resolve it himself. Now, this has left farmers in a state of susceptibility. They do not want to be at the mercy of civil servants. What if a Jat and a Yadav approach a Jat SDM with a dispute? Will the SDM solely decide on the basis of merits of the case? Leaving it open ended.

In 2006, Bihar became the first state to abolish the APMC Acts. According to Bihar government, which claims a loss of Rs 70 crore post repealing the law, the structure has brought an end to exploitation of farmers and corruption at mandis. They say farmers now get a better price, plus there is freedom from commission agents. Meanwhile, there were some who said that the farmers were not getting remunerative prices for their produce. Infact, some had to sell their produce at prices less than MSP. According to a study by the National Council for Applied Economic Research, Bihar's repeal of the APMC system and consequent increase in price volatility could be one of the reasons for low growth of agriculture in the state. The report observed all what the farmers have been fearing.

Simply put, the abolition of APMC mandis did not materialise in Bihar. Other states too didn't do any better.

READ MORE: The many hues of farmers' stir