War in Afghanistan now over, will announce new govt in next few days: Taliban

Earlier today, the Taliban had announced that Panjshir became the last Afghan province to fall under the control of the Taliban.

Taliban spokesperson Zabiullah Mujahid on Monday said that the war in Afghanistan is over and an announcement about the formation of the new government will be made in the next few days. "The war in Afghanistan is over, now we will work together to rebuild this country," said Mujahid at a press conference in Kabul, as quoted by TOLO News. "A new government will be announced in the next few days," he added.

Earlier today, the Taliban had announced that Panjshir became the last Afghan province to fall under the control of the Taliban. However, resistance forces immediately rejected the claim, saying that their leader Ahmad Massoud will soon make a statement. 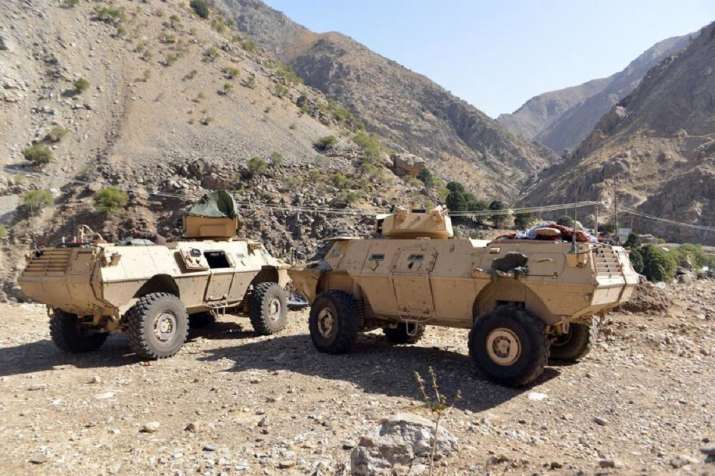 During the presser, the Taliban spokesperson informed that technical teams from Qatar, Turkey and the UAE are working to restart operations at Kabul airport.

"People should know that the 'invaders' will never reconstruct our country and it is the responsibility of our people to do it themselves."

Over Beijing's role in the reconstruction of the country, Mujahid said The Taliban wants good relations with the world, China is a big economic power and is very important for Afghanistan and much needed support for reconstruction and development.

Last week, Pakistan intelligence chief Faiz Hameed took an "emergency" trip to Kabul to reportedly resolve an evolving internal crisis in the Taliban after reports emerged about a clash between factions in which the group co-founder Mullah Abdul Ghani Baradar suffered injuries.

"Pakistan repeatedly asked to visit Kabul and we recently agreed. They are worried about the release of prisoners, those who belong to Pakistan and want to carry out attacks in Pakistan. We assured them that no one will be allowed to threaten any country from Afghanistan," the spokesperson said.

The Taliban, which captured Kabul on August 15, has been delaying the announcement of the government formation in Afghanistan over the past few days.

While the group has not issued a statement over it yet, reports have emerged claiming that the government formation has been delayed due to differences between the Taliban and the Haqqani network over power-sharing.