IAF chief, officials were at Pearl Harbour military base when gunman opened fire

A shooting at a Pearl Harbor naval shipyard in Hawaii left several people injured Wednesday, military and hospital officials said Joint Base Pearl Harbor-Hickam spokesman Charles Anthony confirmed that there was an active shooting at Pearl Harbor Naval Shipyard. The military tweeted that it began around 2:30 p.m.

Indian Air Force (IAF) chief Air Marshal RKS Bhadauria and IAF officials were present at the historic Pearl Harbour military base in the US on Thursday when a gunman opened fire at the establishment in Hawaii. Several people were left injured in the shooting at a Pearl Harbor naval shipyard in Hawaii while 2 are in critical condition. However, IAF chief and his team officials are safe and unaffected by the incident.

Joint Base Pearl Harbor-Hickam spokesman Charles Anthony confirmed that there was an active shooting at Pearl Harbor Naval Shipyard. The military tweeted that it began around 2:30 p.m, Military and hospital officials said.

Queen’s Medical Center spokesman Cedric Yamanaka said the hospital was treating one patient but didn’t give details on their condition. 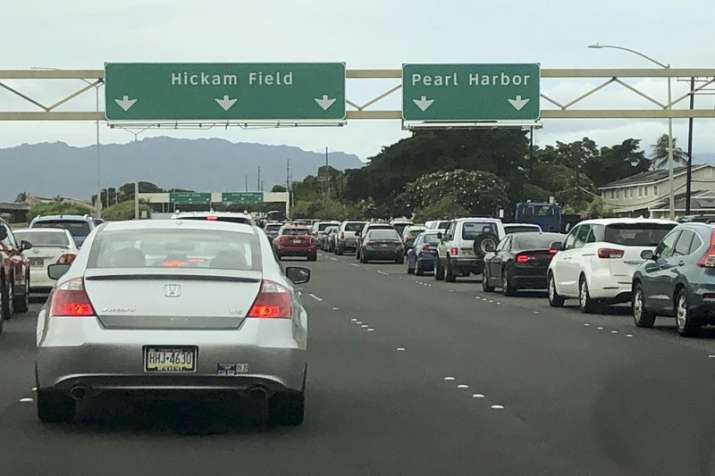 Petty Officer Second Class Lexie Perez, who is helping at the Navy Region Hawaii public affairs office, said she couldn’t confirm how many people were injured or whether a shooter has been apprehended.

The base tweeted that the gates and base can be accessed again following a lockdown.

The shipyard repairs, maintains and modernizes the ships and submarines of the U.S. Pacific Fleet, which is headquartered at Pearl Harbor. It’s the home port for 10 destroyers and 15 submarines.

The shipyard is across the harbor from the Pearl Harbor National Memorial, which on Saturday will mark the 78th anniversary of the Japanese attack that propelled the U.S. into World War II. More than 2,300 Americans died in the attack on Dec. 7, 1941.