The Panjshir Valley lies in the Hindu Kush mountains, approximately 90 miles north of Kabul. The Taliban have been unable to take this major holdout of resistance after steamrolling across pro-government troops in a matter of months.

Fahim Dashti, who was killed on Sunday, was a senior member of the Jamiat-e-Islami party and a member of the Federation of Afghan Journalists, as reported by the Khaama Press; while General Wudod was the nephew of Panjshir resistance leader Ahmad Massoud.

Some reports also claim that Amrullah Saleh has moved to a safe place after a helicopter attacked his house. 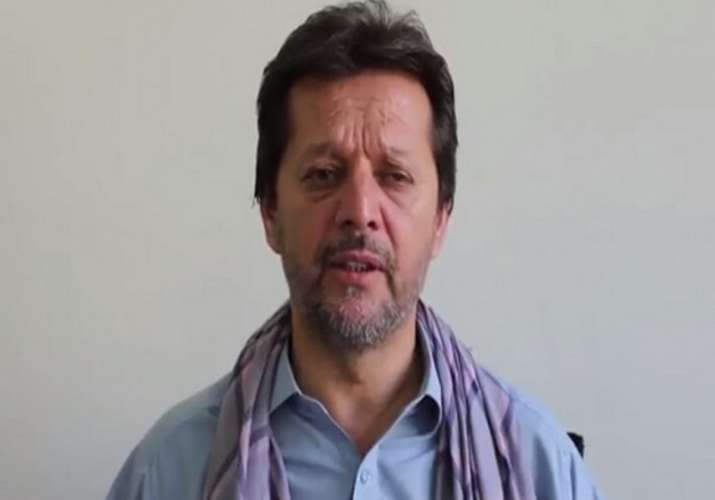 "Regretfully, The National Resistance of Afghanistan lost two companions in the holy resistance against oppression and aggression today. Mr. Fahim Dashty, NRF spokesperson, and General Abdul Wudod Zara were martyred. May their memory be eternal," the Afghan resistance front was quoted as saying by the Samaa News.

A day earlier, Ahmad Massoud, the leader of the resistance forces in Afghanistan's northeastern province of Panjshir said resistance forces are ready to cease fighting and start negotiations if the Taliban leave the province, Sputnik reported on Sunday.

The Taliban have been unable to take this major holdout of resistance after steamrolling across pro-government troops in a matter of months.

The developments came after the war over Panjshir province escalated from Friday night and reports have emerged that the valley may collapse soon. However, resistance forces denied such claims, The Khaama Press reported.

In yet another development, Ahmad Massoud, the leader of the resistance forces in Afghanistan's northeastern province of Panjshir, on Sunday said resistance forces are ready to cease fighting and start negotiations if the Taliban leave the province.

"The national resistance forces are ready to immediately stop the war to achieve a lasting peace if the Taliban cease their attacks and military operations in Panjshir and Andarab, and hope to hold a large meeting with scholars and reformers, and continue discussions and talks," Massoud said in a statement posted on Facebook on Sunday.

Further, Ahmad Massoud added that the National Resistance Front suggests that the Taliban halt its military operations in Panjshir, Andarab, Parwan and Kapisa and withdraw its forces from Panjshir and Andarab.

The National Resistance Front, on the other hand, will direct its forces to refrain from military action.

Massoud added that the National Resistance Front is committed to peacefully resolving differences with the Taliban in accordance with the principles of religion and morality.

The front is confident that the future system of the country will work with the Taliban and other groups and sects representing the Afghan people.

"It is important to reach an understanding that all groups and layers of the country are in the mirror of their brotherhood and that they are committed to the cause of stability and stability," the statement noted.