Kenneth Starr, a well-known prosecutor whose work led to the impeachment of former US President Bill Clinton in the 1990s, has joined US President Donald Trump's impeachment legal defence team, media reports said.

Kenneth Starr, a well-known prosecutor whose work led to the impeachment of former US President Bill Clinton in the 1990s, has joined US President Donald Trump's impeachment legal defence team, media reports said. Alan Dershowitz, a constitutional lawyer, and Robert Ray, Starr's successor at the Office of Independent Counsel during the Clinton administration, are also joining the team, Xinhua reported, citing the US media reports on Friday.

Dershowitz will present oral arguments at the Senate trial, set to open on January 21, a spokesman for Trump's legal team said. 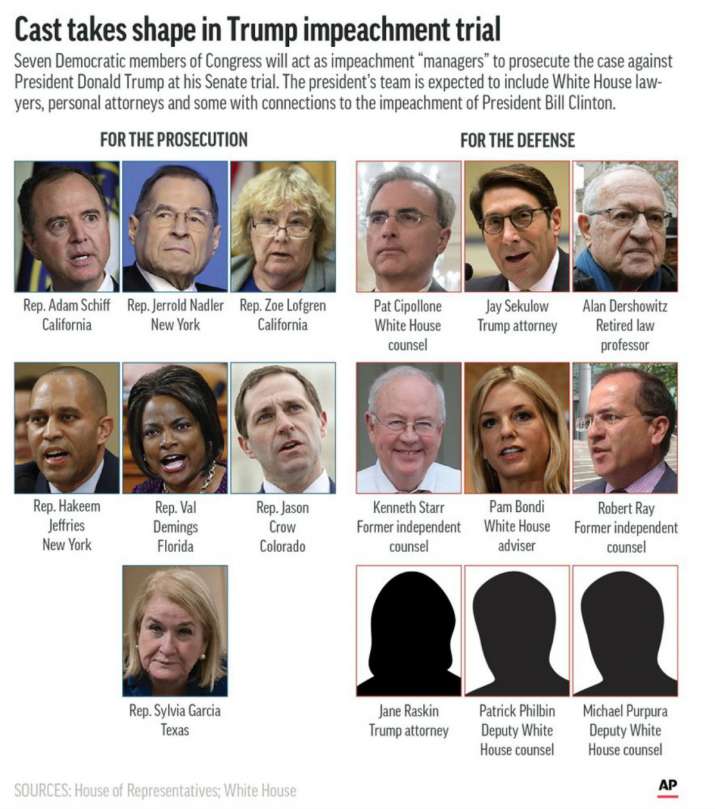 "He is participating in this impeachment trial to defend the integrity of the Constitution and to prevent the creation of a dangerous constitutional precedent," said the legal team, noting Dershowitz opposed Clinton's impeachment and voted for his wife, Hillary Clinton, in the 2016 presidential election.

Trump's legal team will be headed by White House counsel Pat Cipollone and outside attorney Jay Sekulow, who are still expected to deliver statements on the president's behalf on the Senate floor, according to media reports.

The White House did not mount a formal defence during the House impeachment inquiry as it refused to cooperate with the Democratic-led committees.

Trump allegedly pressed Ukrainian President Volodymyr Zelensky into launching investigations that could politically benefit him, and the White House allegedly tried to cover it up after House Speaker Nancy Pelosi initiated an impeachment inquiry in September.

A whistleblower raised concerns about the White House's interactions with Ukraine in an anonymous complaint last summer. Trump has denied any wrongdoing, repeatedly calling the impeachment "a hoax".

A conviction can only happen in the Senate and requires at least two-thirds of its members, or 67 senators, to vote in favour after a trial. At present, the Senate has 53 Republicans, 45 Democrats, and two independents.

ALSO READ | Supreme Leader of Iran should be very careful with his words: Donald Trump