'May his soul rest in peace': PM Modi condoles death of Prince Philip

Prime Minister Narendra Modi has conveyed his condolence on the death of Prince Philip, husband of Britain's Queen Elizabeth II. The Duke of Edinburgh breathed his last at the age of 99.

Prime Minister Narendra Modi has conveyed his condolence on the death of Prince Philip, husband of Britain's Queen Elizabeth II. The Duke of Edinburgh breathed his last at the age of 99.

The Prime Minister took to Twitter and wrote, "My thoughts are with the British people and the Royal Family on the passing away of HRH The Prince Philip, Duke of Edinburgh. He had a distinguished career in the military and was at the forefront of many community service initiatives. May his soul rest in peace."

In a statement issued on behalf of the 94-year-old monarch, the palace said that Prince Philip died peacefully at Windsor Castle on Friday morning.

“It is with deep sorrow that Her Majesty The Queen has announced the death of her beloved husband, His Royal Highness The Prince Philip, Duke of Edinburgh,” the palace statement read.

“His Royal Highness passed away peacefully this morning at Windsor Castle,” it said.

“The Royal Family join with people around the world in mourning his loss. Further announcements will be made in due course,” the statement added.

The Duke, who was to mark his 100th birthday on June 10, was discharged from hospital after a month since he had been admitted there and went on to have a successful heart procedure.

The 28-night stay had been his longest spell in hospital after he was first admitted to the King Edward VII Hospital on February 16 before moving to a National Health Service (NHS) specialist St.Bartholomew's Hospital two weeks later, where he underwent a procedure for a pre-existing heart condition.

The 28-night stay had been his longest spell in hospital where he was treated for a pre-existing heart condition.

In 2011, Prince Philip was taken to hospital by helicopter from Sandringham after suffering chest pains as the royal family was preparing for Christmas. He was treated for a blocked coronary artery at Papworth Hospital in Cambridgeshire and had a stent fitted.

In recent months, Prince Philip and the Queen had spent most of the lockdown at Windsor Castle in England with a small group of household staff, nicknamed “HMS Bubble”.

The couple, who have been married for 73 years, received their first COVID-19 jabs together in January.

The prince married Princess Elizabeth in 1947, five years before she became Queen, and was the longest-serving royal consort in British history.

The Duke retired from official royal duties in 2017 after years of service in the armed forces and then as a consort to the monarch, with several charity endeavours.

UK Prime Minister Boris Johnson paid tribute to the royal, whom he hailed as an environmentalist and a champion of the natural world long before it was fashionable.

“Prince Philip earned the affection of generations here in the United Kingdom, across the Commonwealth and around the world,” Johnson said, in a statement outside 10 Downing Street in London shortly after the palace announcement.

“He was the longest-serving consort in history, one of the last surviving people in this country to have served in the Second World War at Cape Matapan, where he was mentioned in despatches for bravery and in the invasion of Sicily, where he saved his ship by his quick thinking and from that conflict he took an ethic of service that he applied throughout the unprecedented changes of the post war era,” said the prime minister.

“Like the expert carriage driver that he was he helped to steer the royal family and the monarchy so that it remains an institution indisputably vital to the balance and happiness of our national life,” he said.

Offering his condolences, the prime minister reflected on the royal couple’s Golden Wedding anniversary message and repeated the Queen’s words that the country owed her husband “a greater debt than he would ever claim or we shall ever know”.

“We remember the Duke for all of this and above all for his steadfast support for Her Majesty the Queen. Not just as her consort, by her side every day of her reign, but as her husband, her ‘strength and stay’, of more than 70 years,” Johnson added, quoting the Queen’s own words about her husband. 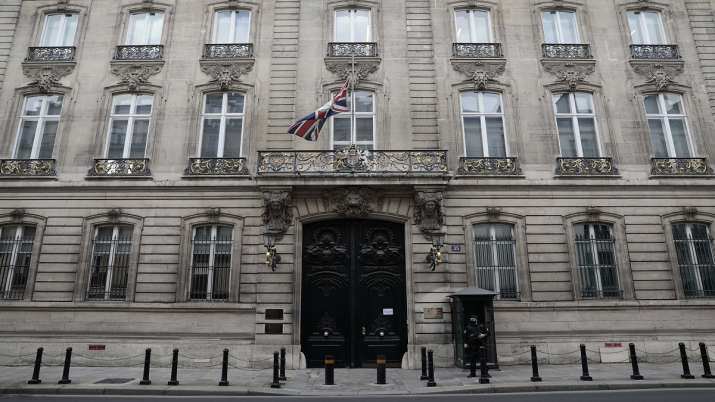 The Union flag at Buckingham Palace has been lowered to half-mast in his memory and Operation Forth Bridge has kicked in, the official name for the procedures related to the Duke of Edinburgh’s death. The coronavirus pandemic lockdown would mean some restrictions to the processes, which involve a national period of mourning lasting until the funeral.

As husband of Britain’s Sovereign, the Duke is entitled to a full State funeral, but he had expressed his preference for a "less fussy", private, military-style funeral at St George's Chapel in Windsor Castle and a burial at Frogmore Gardens, where Queen Victoria and Prince Albert are interred.

No official details have been released yet, but it is understood he will be given a royal ceremonial funeral rather than a State funeral, in line with his wishes. The Queen will sign off the final plans in the coming days.

The line of succession to the British throne remains unaffected, as Prince Philip was never in it, so the first in line to the throne remains his son Prince Charles.