K Sivan said the private sector can also be part of the inter-planetary missions of the Indian Space Research Organisation. The Cabinet on Wednesday approved participation of the private sector in the entire range of space activities, including planetary exploration missions.

Sivan, however, added that ISRO's activities are not going to reduce and it will continue to carry our space-based activities including advanced research and development, inter-planetary and human space flight missions.

"Space sector, where India is among a handful of countries with advanced space technology, can play a significant role in boosting the industrial base of India. Government decided to implement reformed measures to leverage ISRO's achievement by opening the space sector for private enterprises," ISRO Chief said.

"Department of Space will promote sector space activities to enable it to provide end to end space services, including building & launching of rockets & satellites as well as providing space-based services on commercial basis," K Sivan added.

"If the space sector is opened (for pvt enterprises), potential of entire country can be utilised to scale up benefits from space technology. It'll not only result in accelerated growth of the sector but also enable Indian industry to be important player in the global space economy," ISRO Chief mentioned.

"With this, there is an opportunity for large scale employment in the technology sector and India becoming a global technology powerhouse," Sivan said.

In a major structural reform with potentially far-reaching implications, Union Finance Minister Nirmala Sitharaman on Saturday announced the opening up of the space exploration sector for private players. Till date, the government-run Indian Space Research Organisation (ISRO) has held a monopoly on all activities concerning space exploration and satellite launches. 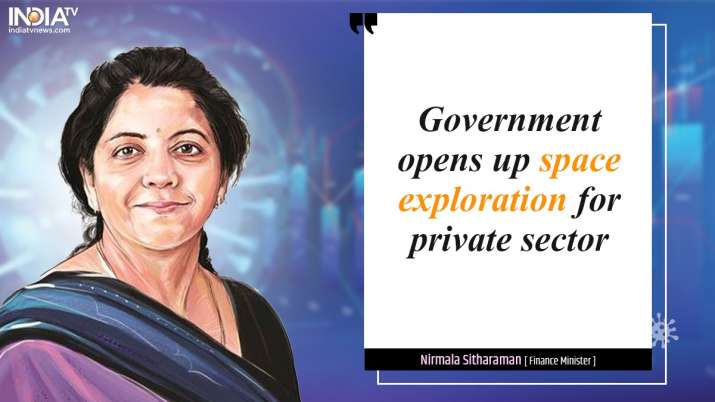 The Indian private sector will be a co-traveller in India's space sector journey, said Sitharaman, while announcing a series of structural reforms in eight crucial areas of the economy. The Union Finance Minister was addressing her fourth press conference in as many days, as a follow-up towards realising Prime Minister Narendra Modi's vision of 'atmanirbhar Bharat', which was spelled out in his video address on May 12.