After empty liquor bottles were found on the premises of the Bihar Legislative Assembly, Leader of Opposition (LoP) Tejashwi Yadav on Wednesday said that the incident reveals the failure of the administration in enforcing liquor prohibition.

He also demanded the resignation of Bihar Chief Minister (CM) Nitish Kumar from the post of Home Minister. While talking to news agency ANI, Yadav said, "It is shameful that (empty) liquor bottles were found in the Bihar Assembly premises. It shows the failure of the administration (in enforcing liquor prohibition)."

"The home minister should resign. Those sitting in power are patronising liquor mafias," he added. 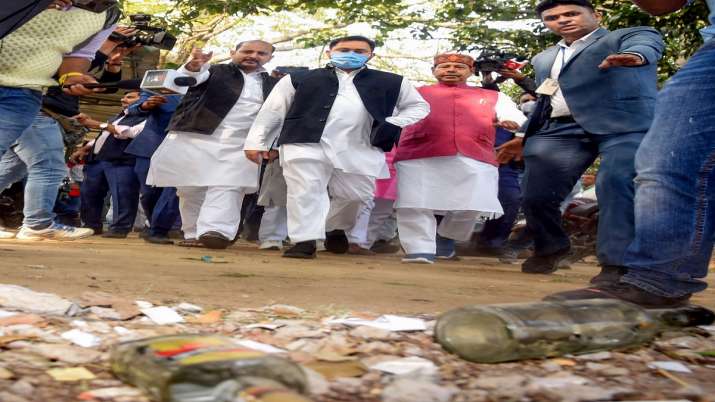 The Chief Minister on Tuesday had said that he would ask the Chief Secretary and Director General of Police to conduct an inquiry and added that the perpetrators should not be spared. There has been a total ban on any type of liquor in Bihar since April 2016.

Also Read: Will not roll back liquor ban in Bihar, says Nitish Kumar