The employees came forward for the strike after the BEST administration failed to come up with any concrete solution to resolve their long-pending demands.

In order to press for their demands despite an industrial court restraining them from taking the step, nearly 29,000 employees of the civic run transport service (Brihanmumbai Electricity Supply and Transport) BEST have begun an indefinite strike from Monday midnight. According to a union official, the strike is likely to affect around 25 lakh passengers who commute by 3000 BEST buses that ply on streets of Mumbai city and the metropolitan region every day.

Various unions of BEST workers are demanding renewal of their salary agreements that got expired in 2016, rise in gratuity and bonus amounts, the official said.

They are also seeking immediate resolution of housing issues and merger of various undertakings of BEST.

The demands of the unions also included the merger of BEST and Brihanmumbai Municipal Corporation (BMC). 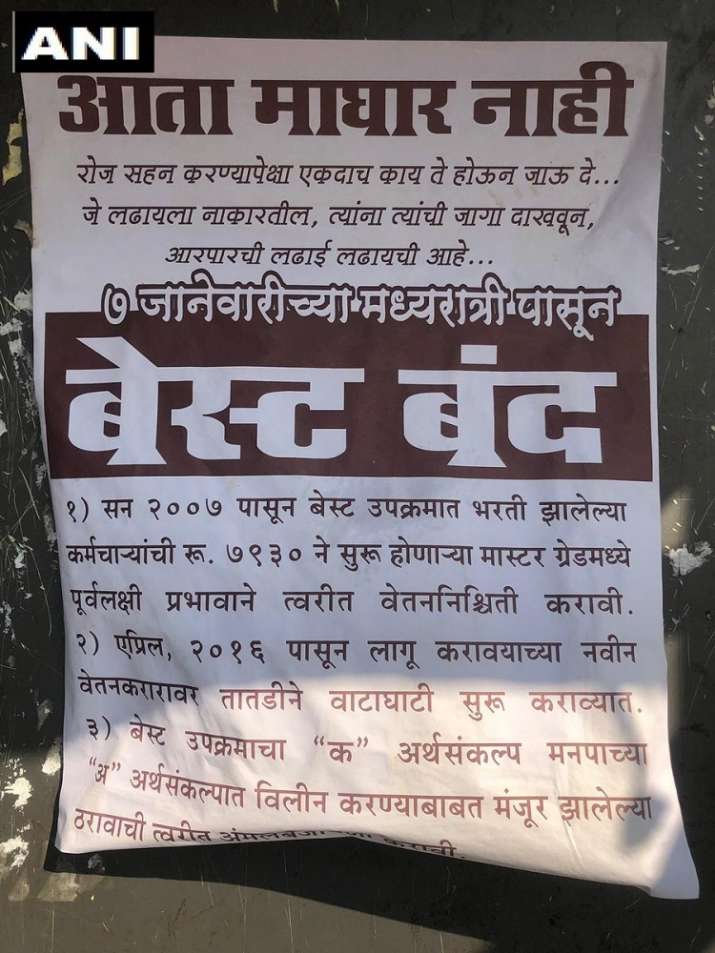 The employees came forward for the strike after the BEST administration failed to come up with any concrete solution to resolve their long-pending demands.

The Act gives police the right to arrest, without a warrant, anybody violating the provisions.

The BEST management had declared the strike illegal and issued internal circulars warning staffers of strict action if they proceeded with it.

When all talks between the parties failed, the BEST management approached the Industrial Court seeking relief against the strike.

Earlier in the day, Industrial Court Member SV Suryawanshi, after hearing brief arguments, restrained union workers from going on strike till it hears the complaint filed by BEST management.