In a major development, over 200 senior doctors of various government hospitals across the state have resigned from their services to show solidarity with agitators.

As the strike of doctors enters the fifth day, West Bengal Chief Minister Mamata Banerjee Friday invited them again to meet her today evening to end the impasse in government hospitals. Banerjee had held a two-hour-long meeting with senior doctors, who were not part of the strike, and invited the agitating doctors for talks at the secretariat Nabanna Friday night.

After the protesting doctors refused to meet the chief minister, dubbing the invitation as a ploy to derail their stir, she invited them yet again to meet her at 5 pm Saturday at Nabanna.

Why are doctors across India on strike?

Here are the LIVE Updates

06:25 pm: "We've accepted all their demands. I had sent my ministers, principal secy to meet the doctors, waited for 5 hours to meet doctors delegations yesterday & today, but they did not come. You have to give respect to the constitutional body. I appeal to all doctors to resume work as thousands of people are awaiting medical treatment," says West Bengal CM Mamata Banerjee.

06:00 pm: West Bengal government: State is fully committed to take necessary steps. State has taken the decision to bear all the expenses of medical treatment of the junior doctor who is admitted at a private hospital.

11:08 am: There is no strike in AIIMS and Safdarjung Hospital. Emergency services in other hospitals to function as normal; OPD closed.

10:36 am: Amrinder Singh Malhi, President, RDA (Resident Doctors' Association), AIIMS: All resident doctors are back to work but we will continue with symbolic protest by wearing black badges, bandages and helmets. If condition worsens we will go on indefinite strike from June 17. 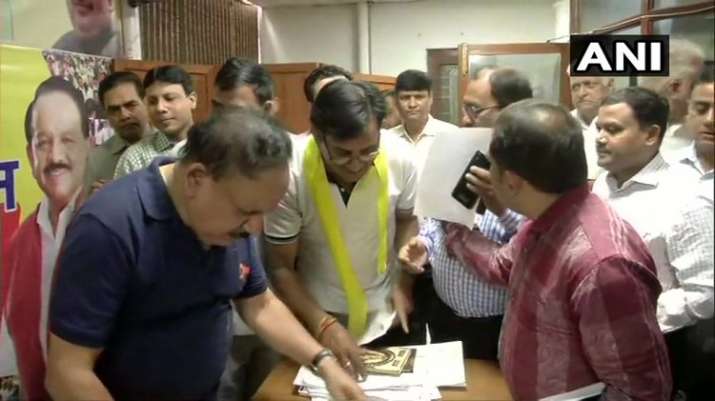 09:54 am: Junior doctors at AIIMS to take out candle march at 6 pm today

08:21 am: Resident Doctors Association at AIIMS issues a 48-hour ultimatum to West Bengal government, to meet demands of the striking doctors. If demands not met, the doctors would be forced to resort to an indefinite strike at AIIMS

In a major development, over 200 senior doctors of various government hospitals across the state resigned from their services to show solidarity with agitators.

The striking doctors have been demanding an unconditional apology from Banerjee and have put up six conditions for withdrawal of their strike.

Commenting on the development, a spokesperson of the joint forum of junior doctors said, "We want an unconditional apology from Chief Minister Banerjee for the manner in which she addressed us at the SSKM Hospital yesterday. She should not have said what she said. She should come to NRS Hospital to meet us."

Meanwhile, state Governor Keshari Nath Tripathi said he had called up Banerjee to discuss the issue of doctors' strike but got no response from her.

"I tried to contact the chief minister. I called her up. Till this moment there is no response from her. If she calls me up, we will discuss the matter," he told reporters after visiting injured junior doctor Paribaha Mukhopadhyay at the hospital.

Also Read | Why are doctors across India on strike?​

Mukhopadhyay is one of the two junior doctors attacked by the relatives of a patient, who died at the NRS Medical College and Hospital here Monday night.

As the medical fraternity from Delhi, Maharashtra, Odisha, Jharkhand and other states began to rally behind their West Bengal colleagues, Union Health Minister Harsh Vardhan urged Banerjee not to make the "sensitive matter" a "prestige issue" and ensure an "amicable end" to the stir.

The Calcutta High Court, meanwhile, refused to pass any interim order on the strike.