The challenge ahead is to initiate a large-scale plantation drive. The forest department wants to plant cyclone resistant trees given the recurring instances of natural calamities in the state.

It has been eight days since cyclone Fani made landfall in Odisha, yet the state is recovering from shortage of power supply, water and other amenities. Amid the government's efforts to give restoration a push, protests broke out in several places on Friday to press for quick action. As of now, the state is battling intense heat wave.

Describing the protests, an official said, "We were scared as angry demonstrators threatened and tried to attack us." Meanwhile, 100 per cent restoration of power supply in Bhubaneswar is expected to be achieved by Sunday.

On the telecom front, the restoration work has witnessed slow progress, as only 14 per cent of mobile towers and other infrastructure remained unaffected by Fani. 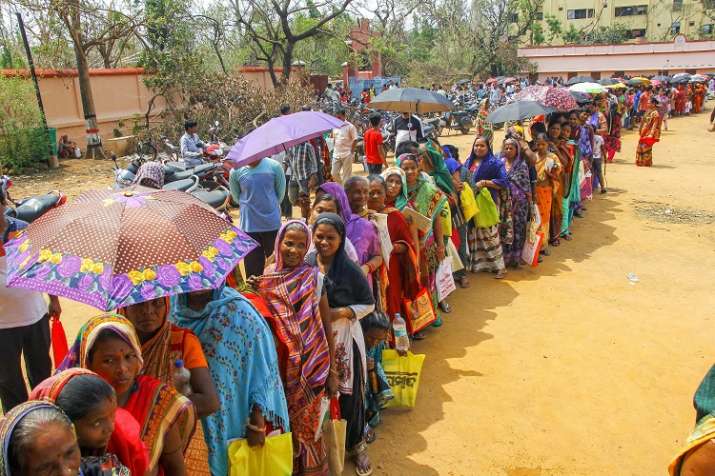 Bhubaneswar has lost over one million trees in the raging winds of Cyclone Fani, as a sight of uprooted tress defined the intensity of the storm that barrelled through the state last week.

According to officials, Bhubaneswar may take more than a decade to recover from the extremely severe cyclonic storm that resulted in casualties and severe environmental damage.

"We were in tears seeing these trees lying on the roads. We raised them like our kids. We are now working hard to rehabilitate the remaining trees. Our 40-member team has rehabilitated 800 trees in last 4 days," Ashok Mishra, divisional forest officer said.

"It is impossible to assess the environmental damage as of now. The entire greenery has gone. In just Patrapada locality, one lakh trees have been destroyed," he added.

Mourning the loss of a mango tree, planted by her grandmother, Shipra Mohanty, a resident of Nayapalli area said, "It will now take 15 to 20 years to grow new trees to that height. it was my grandmother's memory. We are feeling like we have lost her again. We could not eat anything the day our tree fell."

The challenge ahead is to initiate a large-scale plantation drive. The forest department wants to plant cyclone resistant trees given the recurring instances of natural calamities in the state.

Truckloads of green garbage are being transported from temporary transit stations (TSS ) to Bhuasani, the designated waste dump yard of the city.

Thousands of workers from civic organisations as well the fire service, the National Disaster Response Force and the Odisha Disaster Rapid Action Force have joined hands to bring the city back on its feet.

The civic body has deployed 445 sanitation staff in 10 wards and agencies have deployed 2,306 staff in 57 wards, said government sources.

The Bhubaneswar Municipal Corporation has also set up a cyclone control room to address the concerns of the city residents. One representative of each department is receiving calls and most calls are related to fallen trees, officials said.

At least 41 people have died after Cyclone Fani made landfall in Odisha. The toll was earlier 37, till the district collectors have confirmed four more deaths due to the cyclone.