When will the world celebrate the International ‘True’ Yoga day?

The love for Yoga has spread like wildfire across the globe. So much, it seems to me there will soon be more Yoga studios than coffee shops in the world's major cities. 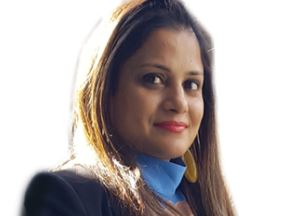 Shweta Singh
New Delhi Updated on: June 20, 2019 20:58 IST
Yoga is the most impactful gift India has given to the world in recent times. Only second to, and I hope not for long, software engineers. A quick Instagram hashtag search will show you the thousands of pages with millions of Yoga communities. The love for Yoga has spread like wildfire across the globe. So much, it seems to me there will soon be more Yoga studios than coffee shops in the world's major cities. The word Yoga has penetrated the global lexicon so deeply that it can no longer be truly identified as Sanskrit.
Which is also what has happened to its true meaning. Today the word conjures up images of lean, pretzel shaped bodies performing yoga poses in beautiful locations. Yogic fitness seems to be determined by who can do the more intricate and complicated asanas. Yogic aptitude has come to mean just physical performance.
This is unfortunate, and as happens with most things, Yoga has become a casualty to the massive fame it has garnered. It has completely lost its meaning, its true essence has become perverted.
Yoga is actually pronounced as 'Yog', and it approximately translates as 'union'. Union with our highest selves.
Asanas are not the primary player in this union, unfortunately.
Yog is this process of union with our highest selves, also known as enlightenment. Patanjali describes the path of reaching enlightenment through a combination of eight interlinked requirements, in his seminal book 'Yoga Sutras of Patanjali'. These are necessary requirements to attain 'Yog', hence they are the eight limbs of ashtanga Yoga.
Now, four of these requirements are external and four are internal.
The four external limbs are preliminary. They are the purification and preparation of the body- mind system to be able to hold the four internal states. Just like you would clean, calibrate and prepare the apparatus in which you want to perform experiments. So that it is stable to hold the experiment and result. Here the experiment is meditation, and the result is samadhi.
So these are Yog's four external limbs, which are actions and practises to 'do':
1. Yama: Ethics and code of conduct. The art of living honestly in society.
2. Niyama: Observances and rituals, for cleansing the mind and body.
3. Asana: Balance and purification of body/mind.
4. Pranayama: Balance and purification of breath.
Only when these four external calibrations are done well, a yogi moves to the internal limbs. These are states to be achieved, not actions to be done.
5. Pratyahara: Inward focus of all senses and mind. The stopping of the outward activity of the senses and mind.
6. Dharana: Concentration on an image/mantra/idol alone. Stopping of all other extraneous thoughts/conceptualisations/memories.
7. Dhyana: Prolonged, unbroken concentration on that one image/mantra/idol.
8. Samadhi: Even that one image/mantra disappears from the mind. The mind  is absorbed into complete emptiness, devoid of all activity.
Here, in samadhi, enlightenment occurs. Yog is achieved.
Patanjali describes Yog in this one line: “Yoga chitta vritti nirodha” OR 'Yog is the cessation of all fluctuations of the mind'
That is the real Yog, and it comes only in samadhi.
So the Yoga of our present day is just an external, preparatory activity for reaching true state of ‘Yog'.
I am waiting for the day when the world knows, understands and celebrates 'International True Yoga Day'. Hope it comes soon.
Also Read: International Yoga Day 2019: Keep heart problems at bay with yog asanas
Watch Video:
Watch Live News :