Best Indian Restaurants in the USA you cannot miss to try

Indian cuisine is not just widespread but also highly revered by the locals and visitors alike who indulge in mouth-watering delicacies from the traditional fare to the creative fusion spread. Indian restaurants across the country are adding spice to the USA’s dining scene with a tempting blend of regional traditions from India, hand-me-down recipes and local influences at play.

Across the USA, you’ll find inspired culinary delights featuring Indian spices, take delight in savory curries and of course enjoy the tikkas. Indian cuisine is not just widespread but also highly revered by the locals and visitors alike who indulge in mouth-watering delicacies from the traditional fare to the creative fusion spread. Indian restaurants across the country are adding spice to the USA’s dining scene with a tempting blend of regional traditions from India, hand-me-down recipes and local influences at play.

Lehja is a modern Richmond Indian restaurant that is all about style. Dreamed by Virginia restaurateur Ashok K. Arora, the restaurant has, at its heart, a kitchen that boasts traditional and popular dishes with a contemporary flair. In Managing Partner, Sandeep "Sunny" Baweja you will find a gracious host. Sunny and his team are constantly striving to provide you with a great dining experience. Lehja has been honored by Washingtonian magazine as the "Best Indian restaurant outside of Washington DC's Rasika in the Region." Lehja was also included among the top 15 must visit Richmond destinations by Washingtonian Magazine. Chef, Sunny Baweja, was a James Beard semifinalist, twice, for best chef in the Mid-Atlantic. 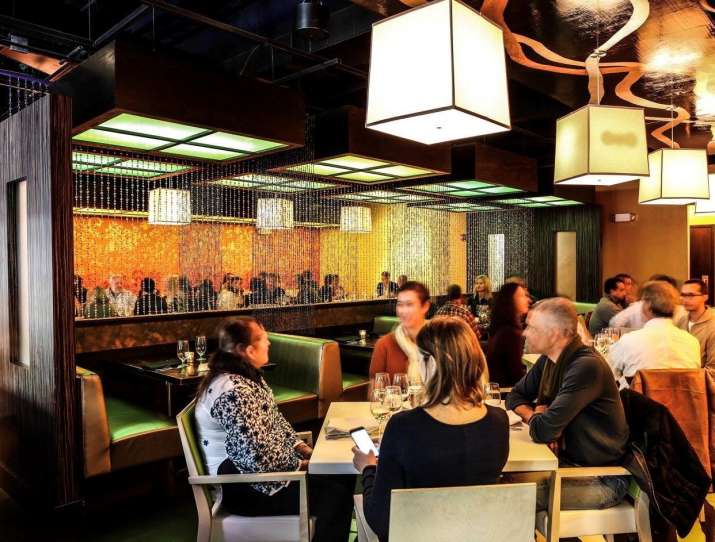 The name NAMA comes from the word Namaste which means “I bow to the divine in you” or showing respect as you greet someone. Our goal is for each guest that experiences NAMA to feel at home in the atmosphere we have created.  The design plays off the vibrant colors and patterns you would find across India. What differentiates our experience is that the majority of our menu consists of Indian street-food inspired Small Plates, which are intended to be shared.  Our hope is for each guest to sample as much variety of Indian food as possible in a single dining experience.  Ramesh Kaundal is consulting chef and started his culinary art studies at IHM Pusa in New Delhi. He joined the Taj Hotel group in Bombay, working in various kitchens in India before he was sent to New York where he climbed the ranks and held his first executive chef role at Radha. From there, he moved to Washington, D.C. to open Bombay Club and with its success, moved onto Rasika before moving to Richmond. Madhu Bhargava is also consulting chef and graduated from University of Delhi, India with a degree in economics, but from painting to cooking, her passion lies in food and creativity. Located in the heart of Richmond’s Arts District at 15 West Broad Street. 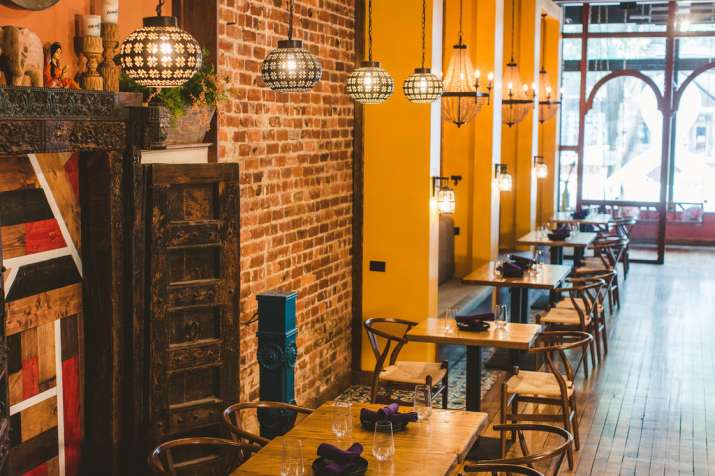 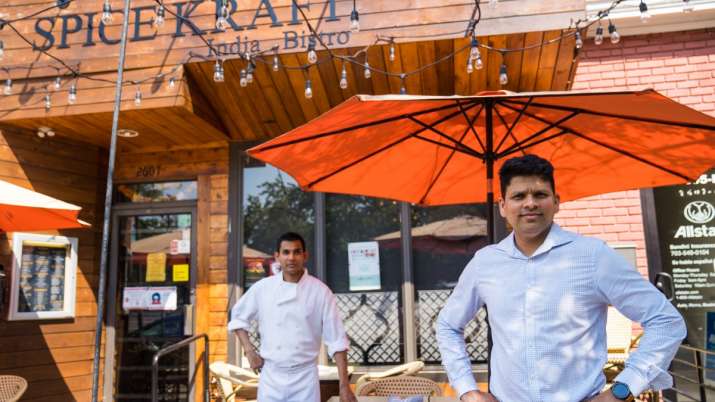 In the heart of downtown Harrisonburg, at the breathtaking Shenandoah Valley resides Taj of India, a fine Indian dining restaurant that offers delicious paneers, curries, and tikkas served with rice and naan. Not to miss their delectable chana masala enjoyed in the beautiful ambience the restaurant offers. The restaurant also explores Nepalese options on their menu and features outdoor seating on their patio. Taste of India in Gainesville, minutes from Dulles International Airport, welcomes guests to taste their exotic flavors of authentic Indian cuisine, with a few delicacies from North and South India. Their spices are imported directly from India. 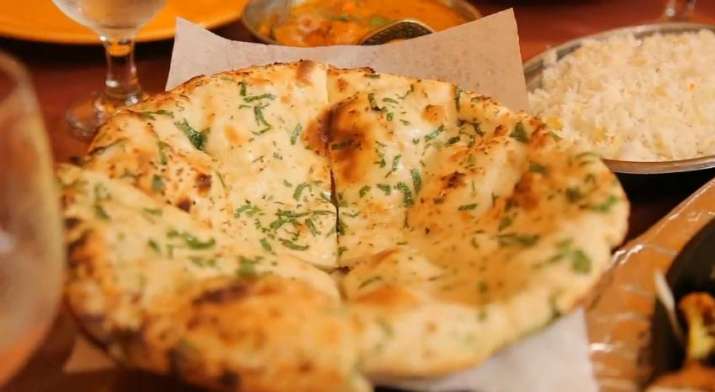 Continually ranked as one of the best Indian restaurants in the Washington, DC area, this City of Falls Church staple delivers when it comes to crafting its flavorful, signature entrees. The restaurant has been in operation since 1989 and has an ardent fanbase that keeps coming back for more.

Located in Leesburg in Loudoun County, DC’s Wine Country, PunjTARA’s name is based on the five rivers of Punjab.  For those with pure food indulgence in mind, come visit and sate your desires with our ever changing internationally and seasonally inspired small plates.  We love food, lots of different food, just like you.

Delhi Club in Clarendon in northern Virginia specializes in classic Indian dishes. They serve simple yet flavorful foods from their tandoor oven and karahi pots. 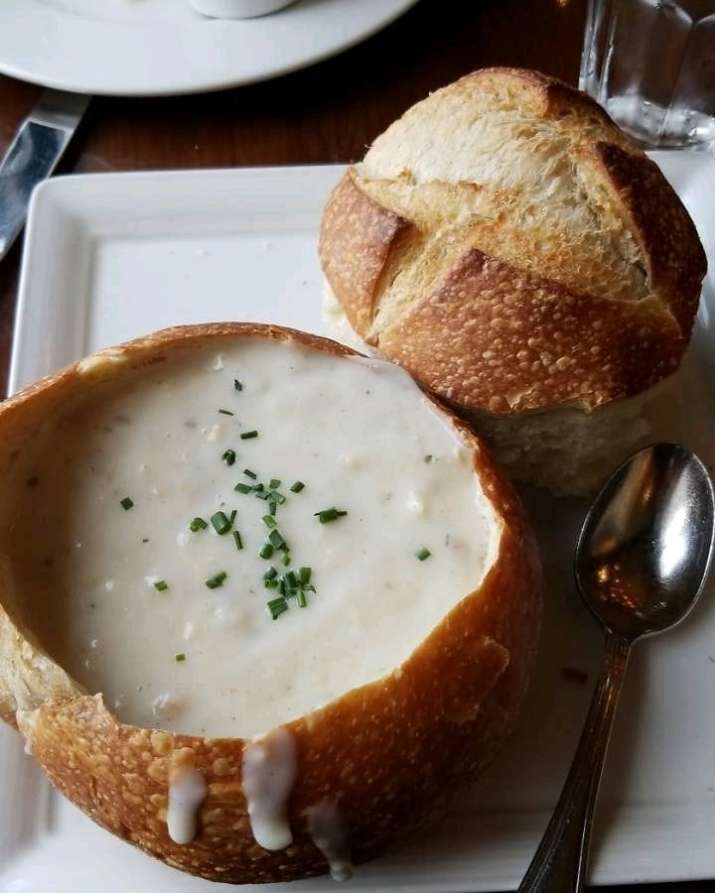 Aroma Indian Cuisine in Shirlington near Arlington National Cemetery brings the taste of authentic, home-cooked northern Indian, southern Indian, Jain Indian, and Halal Indian foods to Arlington. The food is inspired by the authentic home cooking of beautiful, spice-rich India, where all Aroma's chefs are trained.

Located in the lively Midtown Village, Indeblue offers a modern rendition to Indian cuisine with well-defined flavors that will delight even the most conservative palate. Chef Ramola presents an extensive menu that includes traditional favorites. The Chef’s tasting menu along with a wine pairing is a popular choice. Their full bar offers signature cocktails inspired by flavors of India. The restaurant is also renowned for having a widespread vegetarian, vegan and gluten-free choices for their guests. Not just that, their exotic brunch is a bestseller. Enjoy it with some masala bloody marys and rose petal mimosas, as well as samosas, naan pizza and mango coconut chutney for dessert. 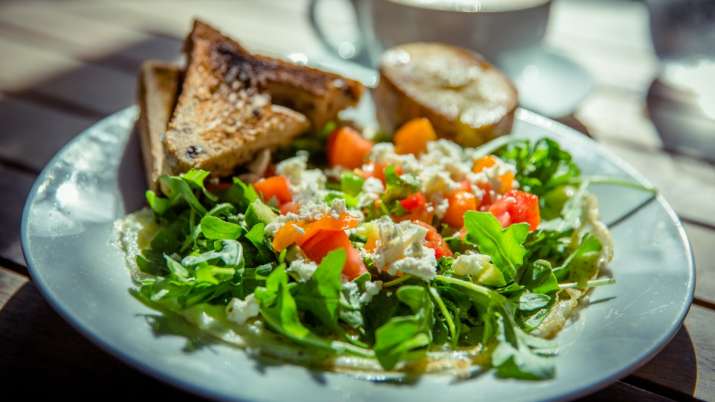 Veda takes traditional Indian recipes and presents them with a modern outlook, while preserving the original flavor and rich cultural heritage of India. Veda’s cuisine preserves the Indian heritage, culture, and flavors, while offering complete aspects of fine dining, including wine selection, craft cocktails, and an impeccable service.

The concept of Tiffin was modeled after the famous delivery service of Mumbai, India, where “Tiffin” refers to the Indian practice of delivering homemade lunches in metal canisters. The restaurant began as a web and delivery only service operating out of a small store front in the Northern Liberties area of Philadelphia, and quickly evolved into a multi-platform restaurant, offering full service dine-in, carry-out, and delivery.

Located in Reading Terminal Market, Nanee’s Kitchen is a haven for gluten-free, vegans, vegetarians, and halal meat diners, serving up a rainbow assortment of traditional Indian-Pakistani dishes. Sabina and Danish Ahmad run the restaurant that they started in 2004 with their aunt, Tayyaba Khanum, preparing family recipes from her mother, Hamida. From her, Nanee’s borrows its flavors and its name, Nanee’s (Grandma’s) Kitchen. Every day, visitors can choose from an array of vegetarian dishes, including favorites like chana masala, okra masala, coconut curried cauliflower, yellow dal, zucchini curry, and eggplant masala to name a few. 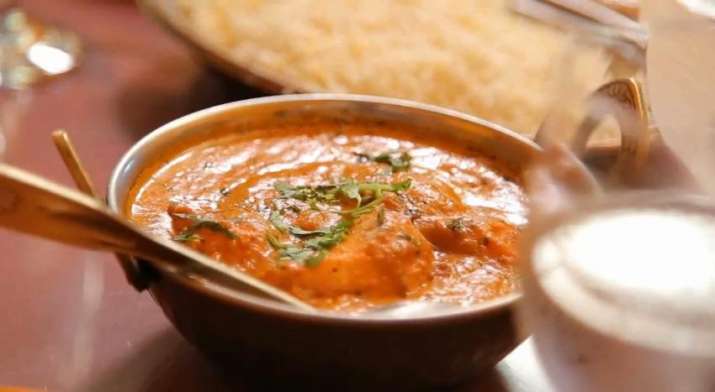 Saffron is a Philly-based Indian Kitchen. Our chefs have truly mastered the art of blending spices. In addition, Saffron offers a unique ambience which is reinforced by the friendly staff who aim to make the dining experience one to remember. Whether you desire traditional Indian cuisine or the ‘nouveau’ style that is increasingly popular amongst our clients, you can be sure that two things will never change – the excellence of our food and the standard of our service.

Himalayan Exotic Indian Cuisine is one of the finest Indian restaurants located at Malvern, PA. Our restaurant is best known for its outstanding Indian cuisine, excellent staff service with a livery ambiance. Himalayan Exotic Indian Cuisine prepares everything fresh using the best quality ingredients and the freshest vegetables. Each dish represents flavor, pleasure, affection and essence.

Indian Cuisine, the food from the Indian subcontinent in Asia is primarily characterized by the extensive use of various spices, herbs, and other vegetables and sometimes fruits. The subcontinent is as diversified in its culinary traditions as its languages and religions, thus, includes a wide assortment of dishes and cooking techniques. As a consequence, it varied from region to region, reflecting the varied demographics. The cuisine is as ancient as its civilization and has evolved over thousands of years 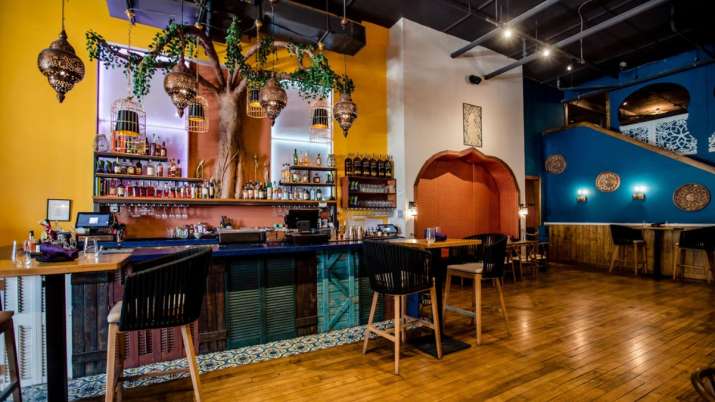 Arusuvai means six tastes in Tamil. It refers to sweet, hot, bitter, sour, salt and pungent tastes and it is traditionally believed that feasts should represent all six tastes. Arusuvai strives to bring that regional culinary experience by connecting specialty regional chefs from India. The restaurant celebrates regional festivals like Onam, Pongal and Sankranti with authentic festival menu from Maharashtra, Goa, Kerala and Tamil Nadu. Biryani Bowl provides you with the most delicious and unique flavors. Their priorities are good taste with health and their sole intention is to make customers satisfied with the authentic and traditional flavors of India. A local gem and a must try for Indian food lovers this spot specializes in Hyderabadi Dum Biryani.

Ancient clay cooking methods, a modern commitment to good health and the booming popularity of Indian cuisine make Choolaah exotically familiar. Audaciously American and authentically unconventional but always made, served and eaten with joy. A must-try is the cult favourite tikka masala with the freshly baked naan. Since opening in 1985, Bombay Palace has been a temple to Indian cuisine, earning a reputation as the oldest and most esteemed Indian restaurant in Beverly Hills. With lofty ceilings, an alabaster and gold palate and a gallery of enticing niches filled with bronze statuettes of Hindu deities, Bombay Palace's design has proved as timeless as the menu.  Exemplary traditional cuisine expertly executed has ensured a long and loyal guest list for 25 years.

Spice Affair Indian Restaurant in Los Angeles celebrates the wedding of traditional Indian spices with organic food & the highest quality of locally sourced ingredients. Located in the heart of Beverly Hills' famous “Restaurant Row”, Spice Affair invites you to discover a fine dining experience like no other. Exotic Indian spices accentuate an award winning menu which features a number of vegetarian, vegan, and gluten-free dishes. Beautiful dishes, fresh ingredients, and a warm experience. Come for the food, stay for the relationship.

Serving since 1972, Dhaba is a small, family-run Indian restaurant on Main Street in Santa Monica that offers homestyle cooking, fresh farmer's market produce and a warm welcome in their attractive dining room or on the lush patio to the rear. Located just two blocks from the beach, they bring to the table savory dishes including their family’s traditional recipes, with many vegan choices and many gluten-free choices! At Dhaba, ask your server for the daily farmer’s market vegetable specials and don’t miss out on customer favorites like tandoori chicken tikka and tandoori salmon. The breads served here are made from scratch in-house, cooked to order. The restaurant uses natural antibiotic-free chicken, serves beverages such as wine, beer on tap, traditional homemade yogurt shakes (lassi), and homemade masala chai. Enjoy the warm and welcoming ambience of their dining room or relax on a summer evening in our garden patio.

Tumbi Craft Indian Kitchen is a modern Indian restaurant in the heart of Santa Monica that brings flavors of India to life with modern twists on such staples as lamb kabobs, dosa and Goan prawn masala. Tumbi takes modern Indian cuisine to the next level with an innovative menu that blends authentic Indian flavours with haute cuisine.

It goes without saying that Indian food is all about sharing at the table. The menu at this upscale Indian restaurant, Amber India, in SOMA is varied and inventive, so you’ll have to make some hard decisions—just make sure you order some lamb chops and their dal, one of the city’s best (and creamiest). It is one of the top-rated Indian restaurants offering primarily North Indian cuisine with a great ambiance and service to match. Also a classy bar offering premium drinks. Amber India Restaurants, run by Vijay, a well-known restaurateur and entrepreneur in Silicon Valley, has five locations across North California serving both classic and contemporary Indian cuisine.