One of the highlights of the reality show Bigg Boss 13 remained the dramatic relationship of Dil Se Dil Tak actress Rashami Desai and her ex-boyfriend Arhaan Khan. There were reports even before the beginning of the show about the two of them getting married inside which were later rubbished by them. However, things do turn romantic for them until the host Salman Khan brought in the real picture of the actor/model in front of Rashami. The superstar informed her how he was married and has a child which was something Desai was not aware of. Things got ugly and she decided to break up with him in BB13 itself. Well now, another picture has come to light which shows a huge sum of money transferred into Arhaan's bank account during the time when her (then) girlfriend was locked inside the house.

The pictures of Rashami's supposed bank statements have gone viral on the internet which shows lakhs of rupees being transferred from her account to that of Arhaan's. These pictures have the name of Shivani Ajay Kumar Desai written, which happens to be Rashami's real name. As soon as the screengrabs went viral, Rashami's fans came in her support and started trending hashtag #FraudArhaanKhan on Twitter where many have asked him to return back her money and apologize to her. 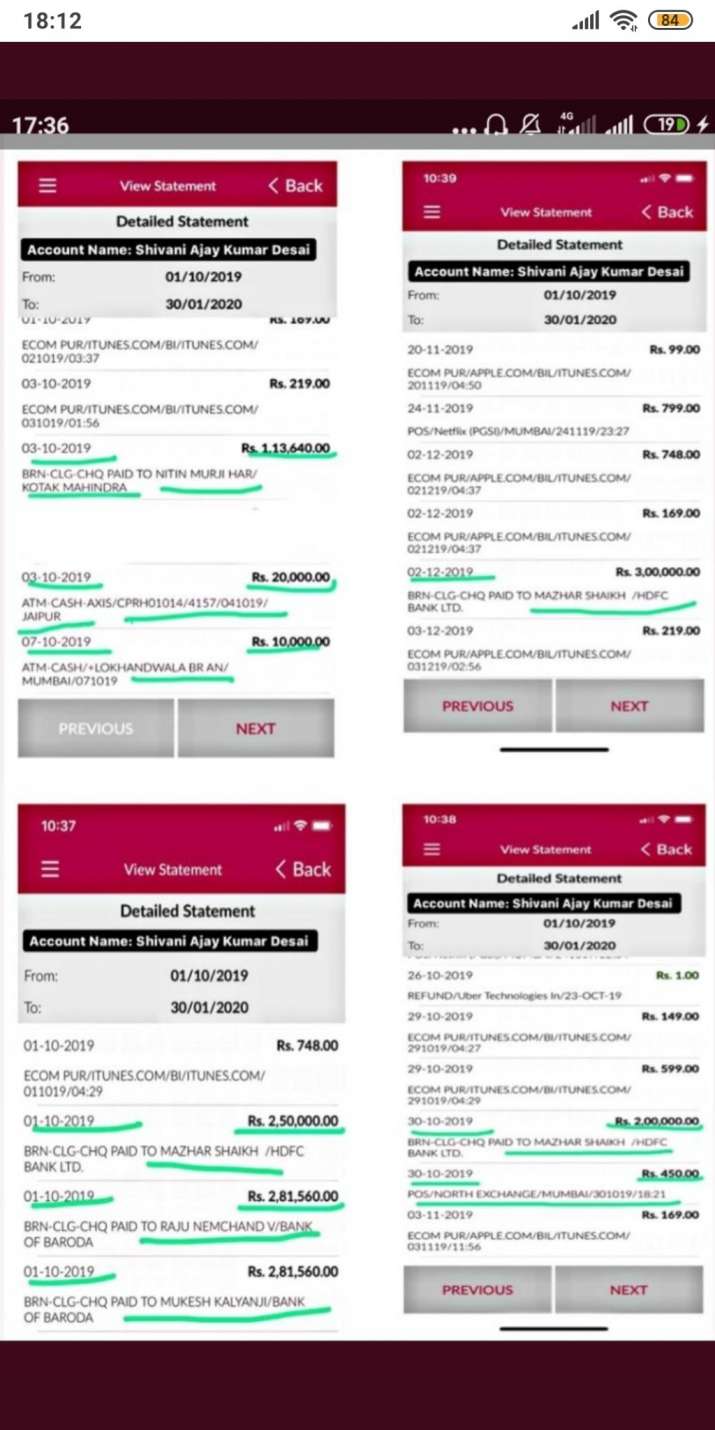 NOTE- These pictures of Rashami Desai's bank statements are being circulated on Twitter by various fan pages and IndiaTV cannot verify their authenticity.

Have a look at the tweets by the people in support of Rashami and with #FraudArhaanKhan here:

Coming back to Rashami, she recently in an interview with Spotboye spoke about her equation with Arhaan and said, "I think he expected me to call. He sent me messages. Thoda bahut communication hua but then I was sure it’s not happening. It was just communication. Everything was over between us inside the Bigg Boss House only."

When asked about how she would react if she bumped into Arhaan, she said, "Maine kabhi bhi kuch galat nahin kiya, toh main galat sochungi bhi nahin. I will meet him but just cordially- jitna zaroori hai sirf utna. It can't be like the days of old, again."