As Bigg Boss 13 is inching towards its grand finale, the drama inside the house is growing more intense. Before one of the contestants among Sidharth Shukla, Shehnaaz Kaur Gill, Rashami Desai, Asim Riaz, Arti Singh, Mahira Sharma, and Paras Chabbra lifts the trophy, India TV Chairman and Editor-in-Chief Rajat Sharma grilled the finalists in 'Aap Ki Adalat' style.

The special episode will be aired on Monday-- February 10, 2020 -- at 10:30 pm. Before that, you can watch Salman being interrogated in Somvaar Ka Vaar.

Exclusive pictures from the set of Bigg Boss 13 are out. In some of the photos, Rajat Sharma and Salman Khan seem to be having a fun conversation, while in others, he is seen questioning the superstar as he stands inside the dock.

Have a look at the exclusive photos: 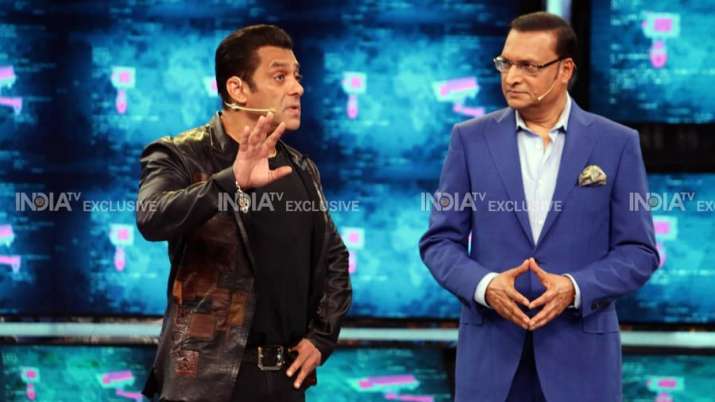 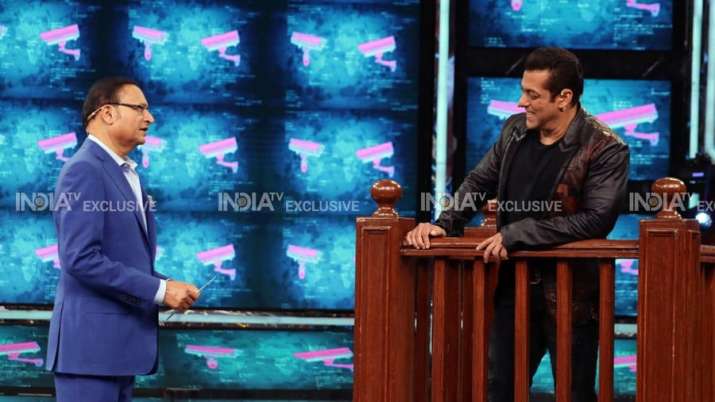 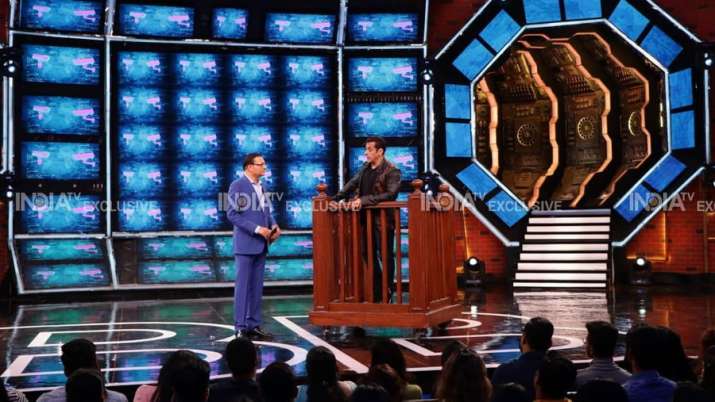 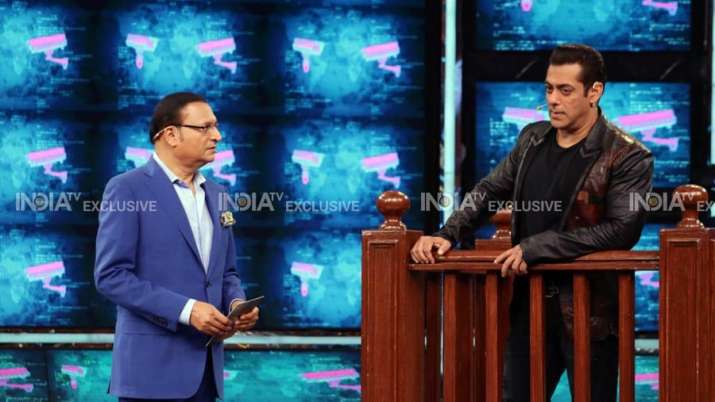 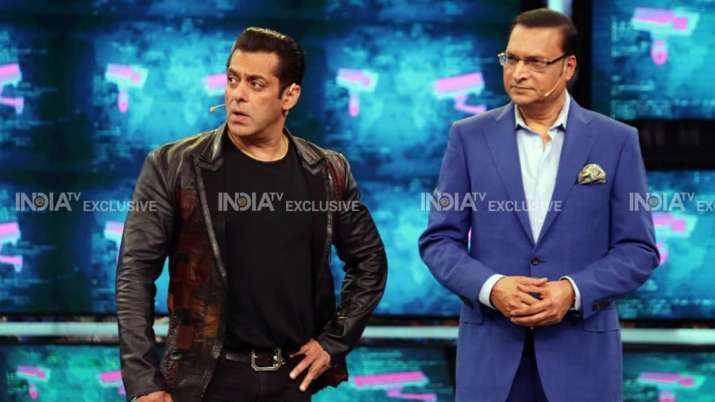 Check out all photos here

After putting Salman on the hot seat, Rajat Sharma will move on to contestants.

When asked about his decision to visit the Bigg Boss house, Rajat Sharma said, "Rules are being broken inside. The housemates are constantly bickering and fighting. And this is dividing people outside -- across the nation and on the social media. I thought it was time I should go inside and ask the housemates why they succumb to pressure and poking and do uncivil things''.

"Salman Khan is no stranger to controversies. In fact, his inputs sometimes create confusion among the housemates so I thought I should not spare him too. I will put him on the hot seat first and then move on to the contestants," Rajat Sharma added.

With the last season being unpopular among Bigg Boss fans, makers are not leaving any stones unturned to make sure that the audience remains glued to their TV screens. This is the tenth season that Salman is hosting.

The grand finale episode of Bigg Boss 13 will air on February 15.