Varun Sood’s father has the perfect reactions to his girlfriend Divya Agarwal’s Maldives pictures. Seen yet?

Divya Agarwal and Varun Sood are enjoying their time in the beautiful locales of Maldives these days. The duo has gone for a mini vacation and going by their pictures and videos, it looks like they are having the most fun in their romantic getaway.

Divya Agarwal and Varun Sood are enjoying their time in the beautiful locales of Maldives these days. The duo has gone for a mini vacation and going by their pictures and videos, it looks like they are having the most fun in their romantic getaway. This is no news that Varun and Divya announced their love for each other on the reality TV show Ace of Space where Divya emerged as the winner. However, the two knew each other and were best friends much before the show started. They are even well acquainted with each other’s families as well, which is why Varun’s father has loaded his girlfriend Divya’s Maldives pictures with his reactions and comments.

Divya Agarwal on Tuesday shared a picture of herself in a swimsuit relaxing in a pool. She captioned the picture saying, “Feeling sunkissed & fabulous!”. Varun’s father Vineet Sood was quick to reply, “#teamPapa is blowing the winds out of the sails. Just check how many ships have sunk. Looking great kiddo” Interestingly, Vineet Sood calls Divya Agarwal ‘dolphin’ and going by the comments on each on Divya’s post, he surely loves her lot. Replying to Varun’s father’s comments, Divya wrote, “hahhah papa everything is sinking here”. To this he encouraged her and said, “long as u both sail and float in being together,let others drift” 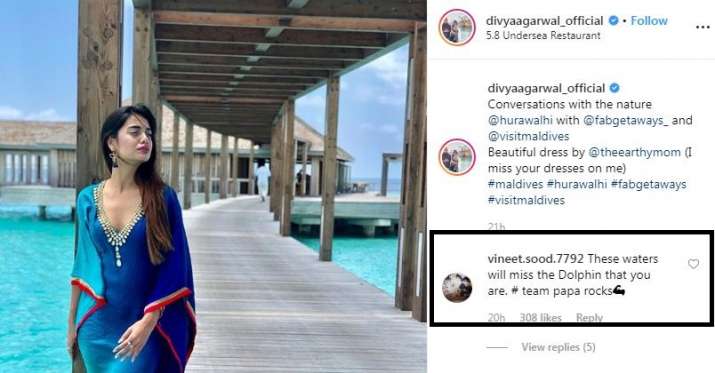 Interestingly, Divya Agarwal shared another beautiful picture of herself with boyfriend Varun Sood in which they can be seen on the beach. In the picture, Divya is ahead of Varun and looks like she is kicking in the air. Commenting on this picture, father Vineet Sood wrote, “Ur kicking in the wrong direction. The target is behind you” He is referring to Varun behind her. To this Divya blushed and said, “papa noooo! Hahahahaha” Check out their cute banter here- 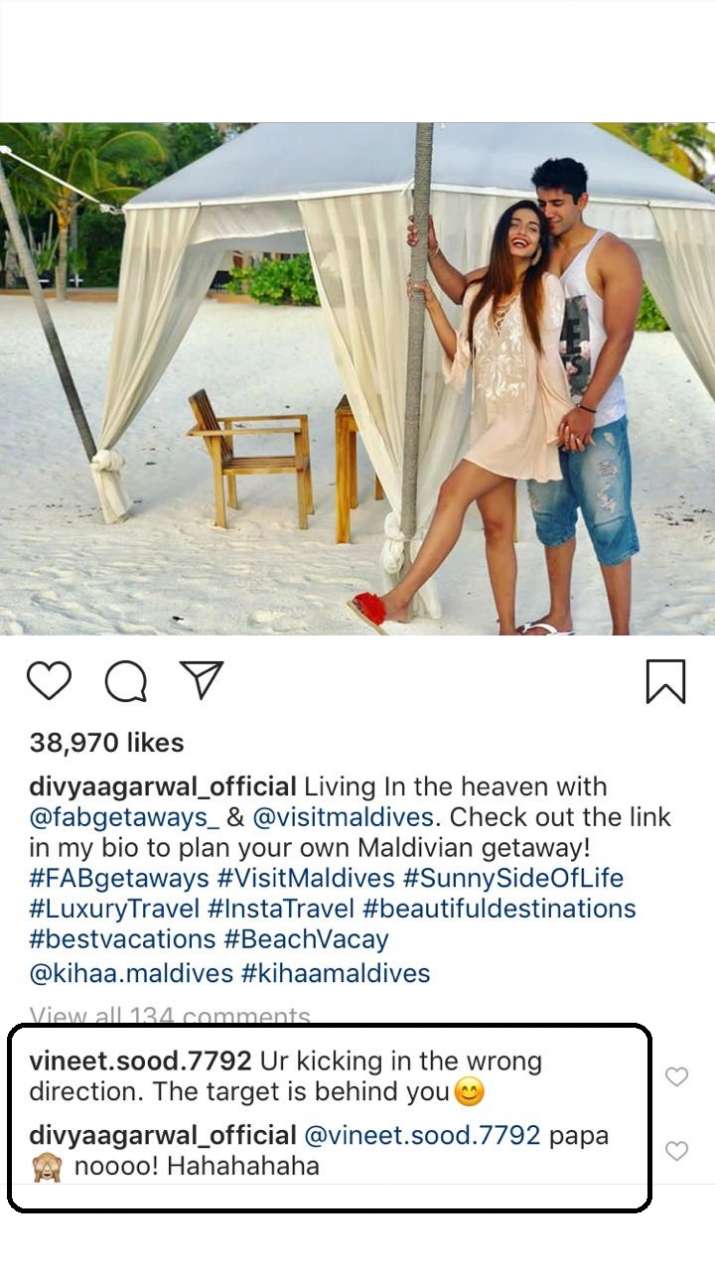 Varun Sood and Divya Agarwal were seen together in MTV reality show Ace Of Space where they fell in love. However, Ace of Space was not the platform where they met each other. The couple already knew each other from before and were best friends. Talking about their relationship, Varun told National TV, "I knew Divya before this reality show so we are not a reality couple who did it for publicity. Divya is an amazing and caring person which made me fall for her. It is stereotyped that couples on reality shows don't last but there are people like Prince Narula and Yuvika Chaudhary. I think Divya and me will be the second couple who will again prove it to the world that relationships can last forever".