Payal Ghosh claims she escaped acid attack, says 'got away with minor injuries but in trauma'

Actress Payal Ghosh was going to get in her car and someone with a mask on his entire face tried to attack her and snatched her belongings.

Actress Payal Ghosh was recently attacked when she was returning home in Andheri in Mumbai. The actress had gone to purchase some medicines. She was going to get in her car and someone with a mask on his entire face tried to attack her and snatched her belongings. The actress claims that the masked men had acid with them. However, she stood strong and did not relent. The actress further claims that she escaped the incident with minor injuries but it has left a scar on her mental aspects.

Giving further details about the attack, Payal revealed that she was about to sit in her car when the masked men tried to hit her head and her hands. She screamed for help after which the men run away. The actress shared a picture on her Instagram story and showed her hand injuries. 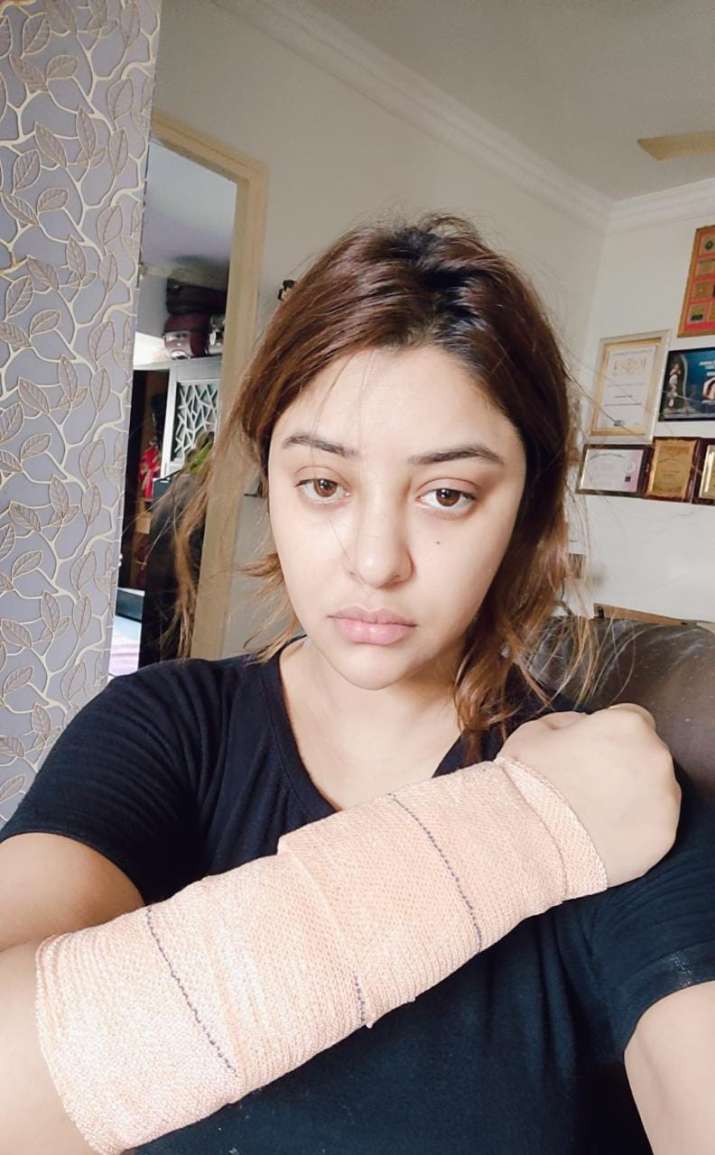 Meanwhile, Payal Ghosh grabbed the headlines when she accused filmmaker Anurag Kashyap of sexual assault in september last year. She had opened up on social media alleging that filmmaker Anurag Kashyap had sexually harassed her in 2013. However, in his statement given to Mumbai Police, Kashyap denied the allegation saying at that time, he was in Sri Lanka for a shoot and termed the allegations as an "absolute lie".