Wedding rumours of Ranbir Kapoor and Alia Bhatt have been doing the round for quite a long time. It was not long ago when Alia laughed off her marriage rumours when asked by paps and also her fake wedding card went viral on social media. Adding fuel to the fire, Deepika Padukone recently 'revealed' that Alia will soon be getting married. Actually, she 'made up' Alia's wedding just to see Arjun Reddy star Vijay Deverakonda's reaction. These stars including Ranveer Singh, Ayushmann Khurrana, Manoj Bajpayee, Tamil star Vijay Sethupathi and Malayalam actor Parvathy Thiruvothu were present at a recent interaction with Film Companion.

During a segment of the chat show, Vijay confessed having a massive crush on Deepika, Alia and pointed that the Padmaavat actress got married. Within no time, Deepika interrupted saying that Alia is getting married. Here's what happened. Vijay said, ''Without shame, a lot of people on this table have been massive crushes, like been in love with some of them, like these two (pointing towards Deepika and Alia). Deepika got married but...". The Piku actress quicky interferred and said, ''Alia is getting married."

Alia reacted to Deepika's statement saying, ''Excuse me! Why have you made this declaration?", to which she said, ''Guys, I made that up. I just wanted to see his reaction''.

On the professional front, Alia and Ranbir are currently in Manali to shoot for their film Brahmastra. The duo received a warm welcome by locals and their pictures have been doing the rounds on social media. Clad in woollens, while Alia can be seen donning Himachali topi, Ranbir is carrying the topi in his hand. However, what grabbed our attention was Ranbir's arm cast. Reportedly, the actor sprained his hand during a football match.

RK and @aliaabhatt in Manali 💕 - #Brahmāstra

On the other hand, Deepika is awaiting the trailer release of her upcoming movie Chhapaak, wherein she is playing a character inspired by real-life. The actress will be seen portraying an acid attack survivor in Meghna Gulzar's film. 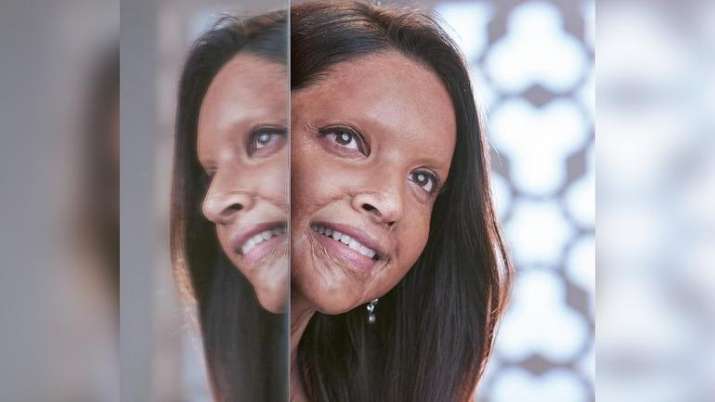