The entertainment galore is abuzz that television's popular actress Ankita Lokhande is all set to tie the knot with her longtime boyfriend Vicky Jain this year. Their wedding festivities will be three days long. Ankita was in a relationship with late actor Sushant Singh Rajput before she met Vicky.

Television popular actress Ankita Lokhande and her wedding with boyfriend Vicky Jain has been a topic of discussion in the entertainment galore since a long time now. Amid several rumours about their wedding, the latest reports suggest the couple is all set to tie the knot this year. Yes! you heard it right the wedding bells will ring in December 2021. The dates for the marriage festivities are rumoured to be 12, 13 and 14.

Reportedly, their close friends and relatives have been informed and official invitations are already being processed and will soon be dispatched. However, the couple is yet to make any official confirmations.

Ankita often shares pictures and videos with her beau Vicky from their vacations and special occasions on her social media platforms. She had also shared a sweet post on Vicky’s birthday as she wrote, "Your best years are ahead of you and your best is NOW with ME and I promise I will be there for you at life’s every up and down and the in-between. Happy birthday my man."

Recently, a picture of the couple passionatley kissing each other in a Diwali party is going viral on the internet. Check it out here: 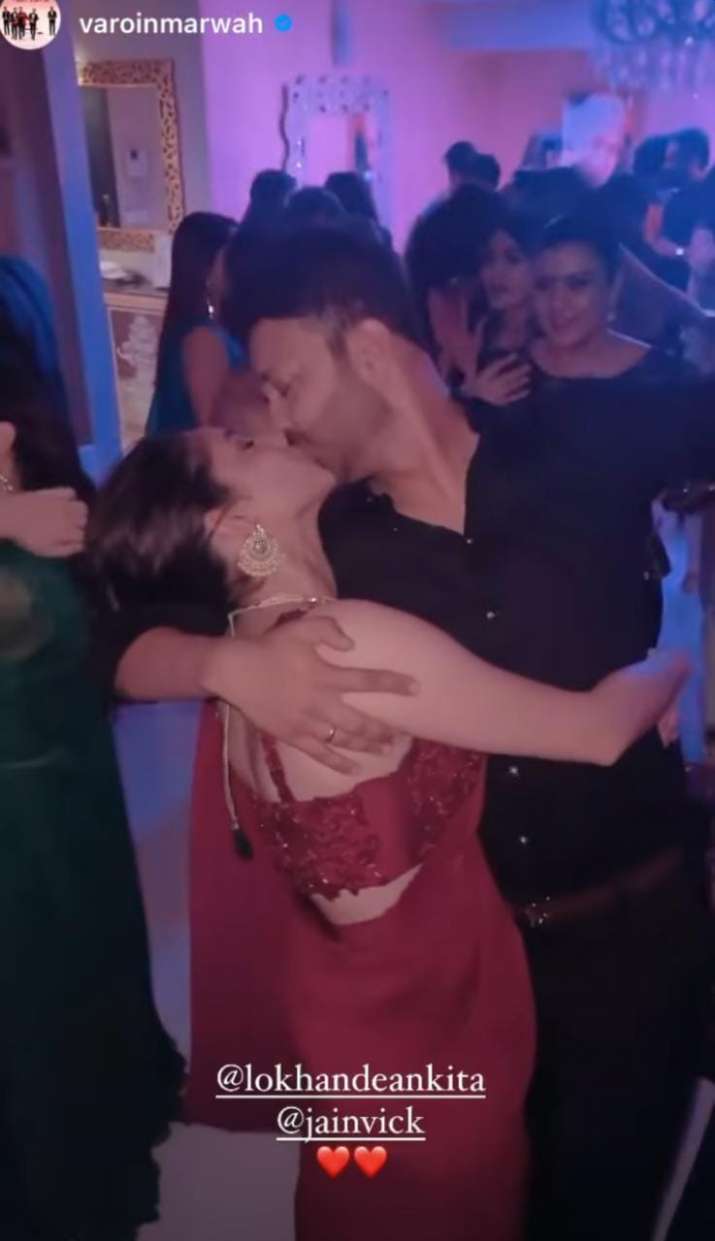 In a recent interview with Bollywood Bubble, her co-star Shaheer Sheikh had shared that she is getting married after completing the shoot of the show Pavitra Rishta.

Ankita and Vicky have been dating for more than three years. In an interview with Bollywood Bubble earlier this year, she expressed her interest in getting married. She said, "Marriage is something which is very beautiful. Yes, I am super excited about my marriage, which is going to be soon. I am hoping for that. And I really like that Jaipur-Jodhpur Rajasthani weddings. But I am not really sure what will I plan.”

Ankita was in a relationship with late actor Sushant Singh Rajput before she met Vicky. The two, who worked together in the popular serial Pavitra Rishta, were in a six-year relationship that ended in 2016.

On the work front, Ankita was last seen in the reboot of Pavitra Rishta. She also made her Bollywood debut with  Manikarnika: The Queen of Jhansi, starring Kangana Ranaut. In the film, she played Kangana's best friend Jhalkaribai. After that, she appeared in Tiger Shroff's Baaghi 3.

Indeed, this is the season of wedding in the entertainment industry. From Katrina Kaif - Vicky Kaushal (December), then Rajkummar Rao - Patralekhaa (November) and now Ankita Lokhande-Vicky Jain (December) wedding days are arriving.