June 2 marks the death anniversary of legendary artiste Raj Kapoor who left for his heavenly abode in 1988. Today on the 33rd death anniversary of the actor-director, his fans and family members took time out to pay homage to him. To this, Raj Kapoor's daughter-in-law and veteran actor Neetu Kapoor took to her social media and remembered the late actor with an emotional throwback video. In the clip, the late legend is talking about his passion for acting and his journey.

"Miss you," she captioned the video. Not only Neetu, but her daughter Riddhima Kapoor Sahni also shared a special Instagram story in memory of Raj Kapoor. She dropped a picture of the late star posing along with his granddaughters -- Karisma Kapoor, Kareena Kapoor Khan and Riddhima. 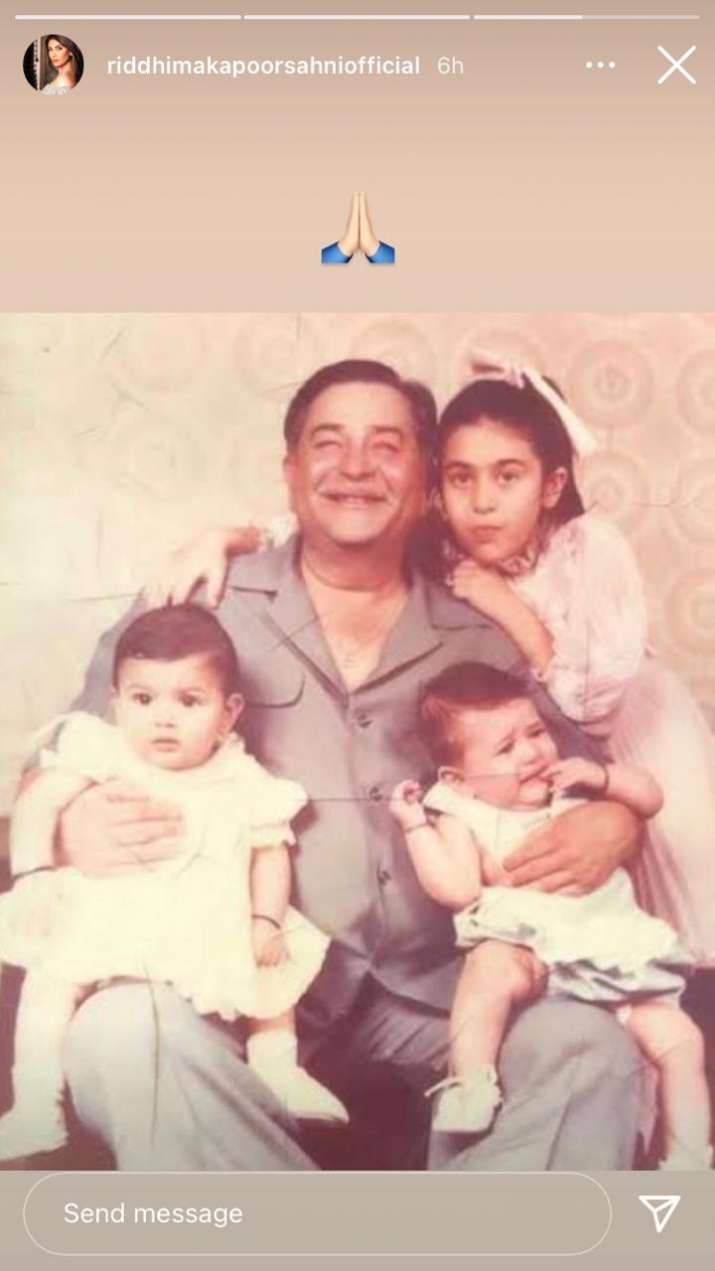 Recently, Neetu Kapoor, in a new social media post, talked about the 'circle of life' and shared throwback photos of granddaughter Samara Sahni with grandfather Rishi Kapoor and daughter Riddhima in her grandfather Raj Kapoor's lap. Neetu took to her Instagram handle and shared two photos. In one of the photos, her granddaughter Samara could be seen sitting in Rishi Kapoor's lap and in another one, Neetu's daughter and Samara's mother, Riddhima, could be seen in her grandfather, Raj Kapoor's lap.

For those unversed, Raj Kapoor's first on-screen appearance was at the age of nine. He had featured in the 1935 film 'Inquilab'. His major break in the industry in a lead role was in the film 'Neel Kamal' (1947) opposite Madhubala. In 1948, he established his own studio -- RK Films.

Speaking of Raj Kapoor's personal life, he got married to Krishna Kapoor in 1946. Together they had five children -- Randhir, Ritu, Rishi, Rima and Rajiv Kapoor.

However, Rishi, Ritu and Rajiv are no more.