Bollywood actress Taapsee Pannu on Wednesday revealed that she has started training for her upcoming film Shabaash Mithu, a biopic on Indian cricketer Mithali Raj.

Bollywood actress Taapsee Pannu on Wednesday revealed that she has started training for her upcoming film Shabaash Mithu, a biopic on Indian cricketer Mithali Raj. Taapsee took to her Instagram account and shared several stories from her practice sessions and gave us a sneak peek into her on-field training. She will be training under coach Nooshin Al Khadeer. 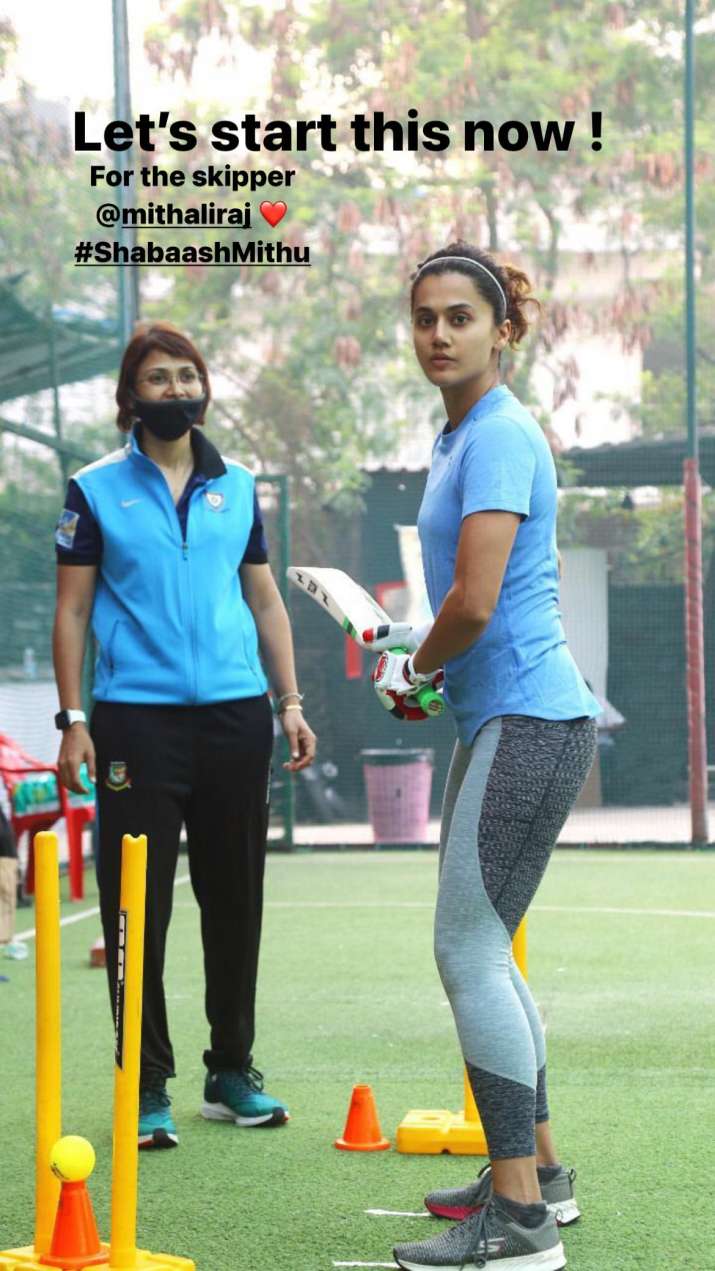 Taking to Twitter, Taapsee wrote, "And romance with the bat n the ball has begun.... long way to go but a good start is half job done :) This is going to be another milestone of sorts... For our captain cool @M_Raj03 and all her #WomenInBlue."

Taapsee shared her experience and said, "I've never played the game before, have just been a spectator and a hyperventilating fan of the game. Being on the other side is going to be a huge challenge I’ve thrown at myself. But I feel pressure brings out the best in me. This is probably that one common trait I can identify between me and Mithali."

The 33-year-old actress has a lot of films in her kitty this year. Taapsee wrapped up shooting for Rashmi Rocket on Monday. Then she headed to Goa for shooting the last schedule of her upcoming flick Looop Lapeta. Besides that, she also has 'Haseen Dillruba' in the pipeline.