Salman Khan impressed his fans yet again as he sketched a beautiful portrait in the latest Instagram video within a minute.

Bollywood superstar Salman Khan is a man with many talents. Not can he just woo the viewers with his acting on the big screen but he can also sing and sketch. As the coronavirus scare has forced everyone to go self-quarantine, the actor decided to indulge in his hobby and make a beautiful sketch. On Thursday, Salman shared a video on social media in which he is seen sketching with charcoal.

Salman Khan impressed his fans yet again as he sketched a beautiful portrait in the latest Instagram video within a minute. During the sketch, he is also heard humming the song ‘Kaho Na Pyaar Hai’ from Hrithik Roshan’s debut film. Watch the video here-

As soon as the actor shared the video online, fans flooded his comments section to shower praise on his talent. One Instagram user wrote, “Wow U Are Such An Amazing Artist.....Toooooooo Good!” Another said, “Superb painting.” Fans also complimented Salman’s looks and called him ‘mashallah’ and ‘handsome’ in the comments.

Bollywood shoots have been stalled owing to COVID-19 outbreak and hence, stars are spending time home. Just like Salman, Ayushmann Khurrana is also spending time honing his skills. The actor shared beautiful poetry on Instagram as the result of self-isolation and also shared a video in which he is seen spending time with his family. 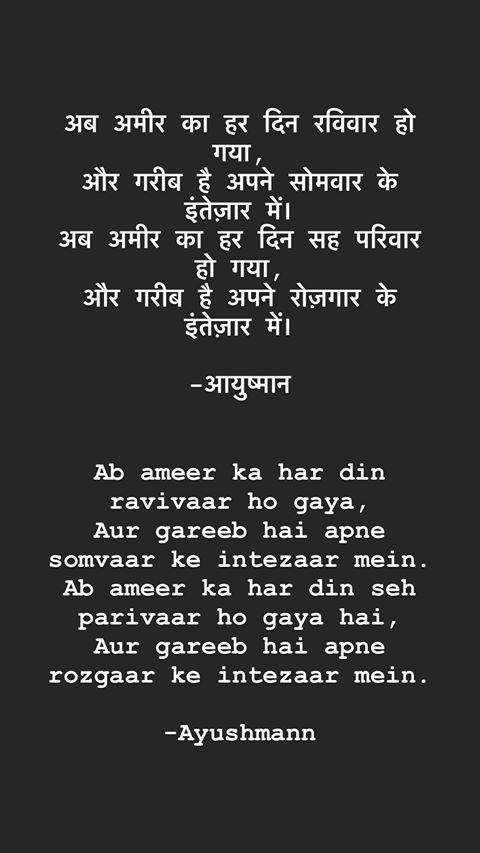 On the other hand, actress Kareena Kapoor Khan gave a glimpse into her self-isolation amid COVID-19 crisis. She shared pictures of herself eating gajar ka halwa on Instagram stories. Alongside a series of photos, she wrote, “Dessert doesn’t go in the stomach, it goes to the heart. And I clearly have a big heart.”

Talking about Salman Khan, the actor is currently busy shooting for his upcoming film Radhe: Your Most Wanted Bhai. The film is being directed by Prabhudeva and stars Disha Patani and Randeep Hooda. The actors were supposed to shoot for the film at an outdoor location but had to cancel teh schedule owing to coronavirus outbreak. It is said that the film will be shoot in Mumbai after March 31st.