Priyanka Chopra Jonas has treated her fans to a photo from the sets of her American TV show "Quantico". Take a look at the throwback photo here!

Global star Priyanka Chopra amassed a different fan base when she appeared as Alex Parish in the American TV show "Quantico". The thriller drama show saw Priyanka as an FBI recruit who travels to the Quantico base in Virginia to receive training to become a special agent. Now years later, the actress took to her Instagram stories to recall fond memories with her cast. She shared a pouty selfie clicked with her co-stars in between the shots. 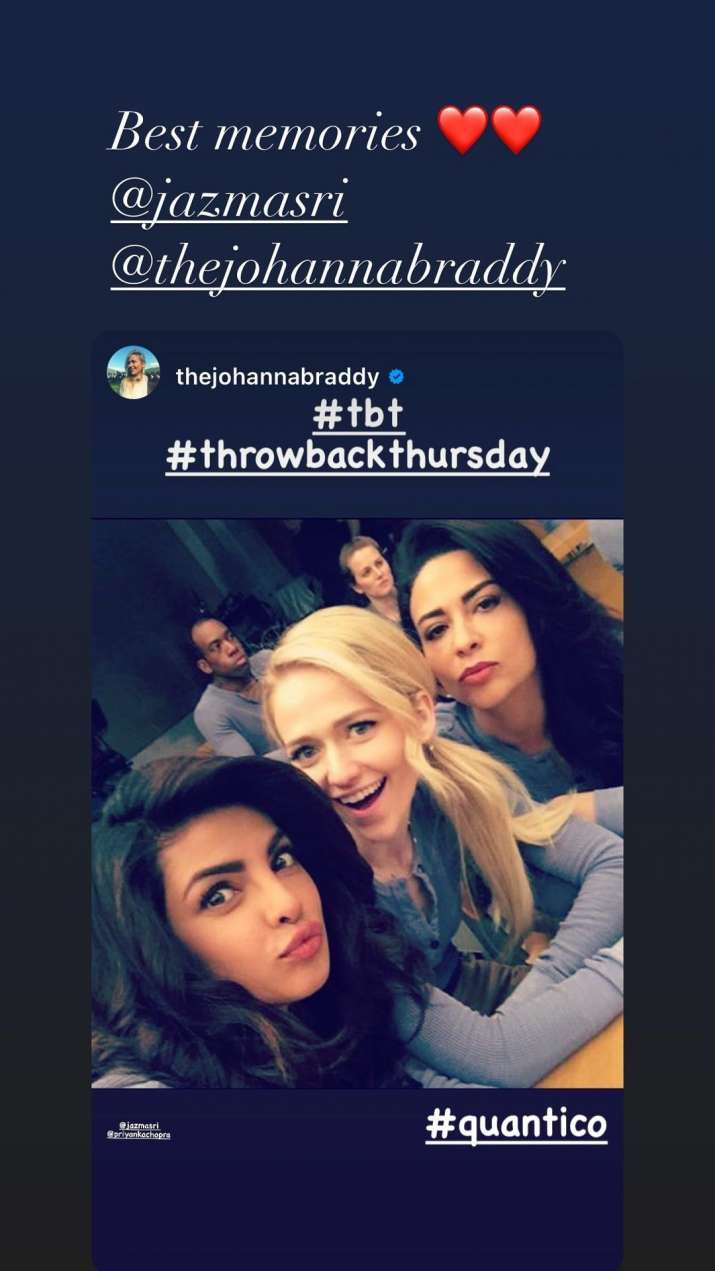 "Quantico" set open the gates for multiple Hollywood projects for Priyanka Chopra. She has been a part of Hollywood films such as "Baywatch", "Isn't It Romantic" and "A Kid Like Jake".

At the moment she is busy with multiple projects across genres and languages. After "Quantico", she is looking forward to the global event series, "Citadel". It comes from "Avengers" directors Joe and Anthony Russo and also stars "Game of Thrones" fame Richard Madden. The show is described as an action-driven spy series that will be available on Amazon Prime Video. It will feature interconnected, local-language versions of the story in several other countries, including India.

Citadel is not the only global project that is keeping Priyanka Chopra on her toes. She will also be seen in "Text For You" which has Celine Dion and Sam Heughan in the lead roles. Besides these, the actress also has "Matrix 4" in the pipeline along with Keanu Reeves.

She has a Bollywood film in her kitty too. She will be seen in "Jee Le Zaraa" with Alia Bhatt and Katrina Kaif. The project marks actor-filmmaker Farhan Akhtar's return as a director.