Priyanka Chopra enters prep mode for 'Text For You'

Actress Priyanka Chopra Jonas has started preparation for her next romantic drama, tentatively titled Text For You.

IANS
New Delhi Published on: November 26, 2020 16:19 IST
Actress Priyanka Chopra Jonas has started preparation for her next romantic drama, tentatively titled Text For You, co-starring Grammy-winner Celine Dion and actor Sam Heughan. Through her Instagram Stories, Priyanka also revealed that she will start shooting for the project on Friday.
She shared several pictures from her prep mode, in which she is seen getting her hair and nails done before she begins work. The photographs showed Priyanka wearing a mask while getting a manicure. Her hair is covered in plastic sheets, hinting at new hair colour. "Prep... starting text for you on Friday," she wrote with the photos. 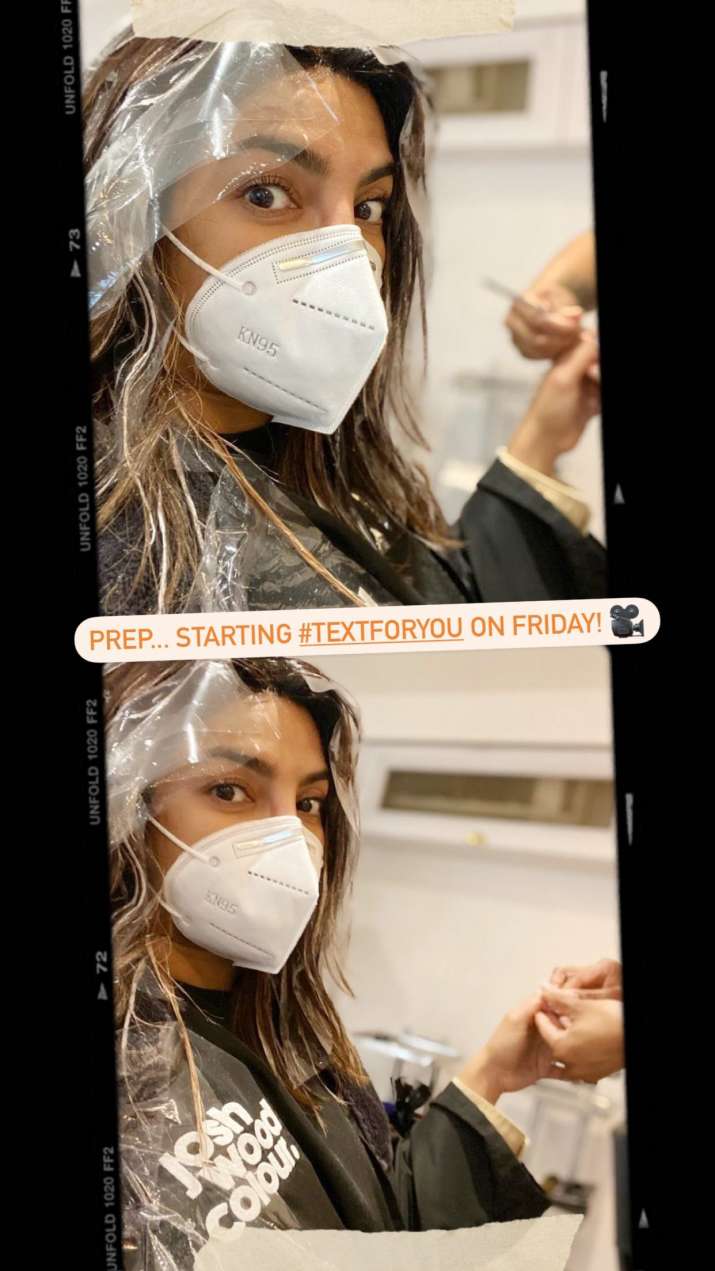 Written and directed by Jim Strouse, the film is an English remake of the German-language film "SMS Fur Dich", based on Sofie Cramer's novel.
According to the storyline, Priyanka's character is a heartbroken woman who has just lost her fiance. In her attempt to send constant messages to her fiance's old number, she will connect with a man across town suffering from a similar heartbreak. Celine Dion's music aims at connecting the two and give them the courage to take a second shot at love.
Heughan is best known for his role as an actor and producer in the hit series "Outlander". He was recently seen in the Vin Diesel-starrer comicbook flick "Bloodshot" and in the action comedy "The Spy Who Dumped Me", co-starring Mila Kunis, Kate McKinnon, Justin Theroux and Gillian Anderson.
Priyanka will next be seen in the film adaptation of "The White Tiger", which she has also executive produced, and "We Can Be Heroes", directed by Robert Rodriguez. She is currently developing an untitled comedy with Mindy Kaling and Dan Goor, and also working on Russo Brothers' "Citadel" and "The Matrix 4".
Meanwhile, Priyanka Chopra Jonas said that her upbringing has played a crucial role in shaping her personality.
"I am a product of traditional India and its ancient wisdom, and modern India and its urban bustle. My upbringing was always an amalgamation of the two Indias and, just as much, of East and West," she said.
Watch Live News :