Neha Kakkar begins 'Move On Challenge' for girls crying over exes. We wonder what Himansh Kohli has to say

Neha Kakkar took to her social media #MoveOnChallenge asking women to know their self-worth and not let a heartbreak overpower your happiness and life. Himansh Kohli, are you listening?

One of the popular Bollywood singers of recent times, Neha Kakkar became the highlight after her dramatic break up with Yaariyaan actor Himansh Kohli in the year 2018. She was spotted crying during various LIVE concerts and reality shows which made many of her fans sympathize with her. She even opened up about her fight with depression over social media and said that she will not be able to love anyone else now. What happened to her, Neha doesn't want to happen with anyone else. Furthermore, she does not want any girl to cry over her ex-boyfriend, and in the wake of the same, she has started the #MoveOnChallenge asking women to know their self-worth and not let heartbreak overpower your happiness and life.

Neha, who happens to be one of the most popular and most followed celebrity on social media definitely caught the attention of her fans. Resulting to which, her video crossed a million views in just a few hours with many dropping heart emojis on the same.

Very excited to join #JustDuetSeries event on Starmaker app. 🥰 Go download the app now and duet with me on my favourite song #MileHoTumHumko ❤️ I'll ask @starmaker_india to make a Mashup video of my Favourite Ones. Also, you can Win Exclusive Prizes, Star Mic and Cash prizes 🎁 Make sure you Share your Collab Video on Instagram tagging #JustDuet and #DuetWithNehu . Waiting to be impressed with your beautiful voices!! 😍🤗 . #NehaKakkar #StarMakerApp #StarMaker

#StayHome and Sing Along #WithMe on My Youtube Channel 🥰 Coming Live for the very first time on #Youtube #Tonight at 8:30 pm. and I’m Super Excited to Sing The Songs You Request 🎶 and Chitchat 😃 Link in Bio 😎 #NehaKakkar @youtubeindia ❤️ #JinkeLiye

Neha has become all the more active on social media in the time of coronavirus lockdown. She even participated in the pillow challenge and shared her video on her latest track with Yo Yo Honey Singh Moscow Mashooka. Captioning the video, she wrote, "#PillowChallenge on #MoscowMashuka."

After remaining silent for almost a year, Himansh finally opened up about the break-up and said, "Nobody wanted to know the real story and I was made out to be the villain. It was very upsetting because I wasn’t saying anything and people were drawing their own conclusions based on what she was putting out. She cried on TV shows and everyone believed that I was to blame. I wanted to cry, too, but then we tend to put up a brave front." 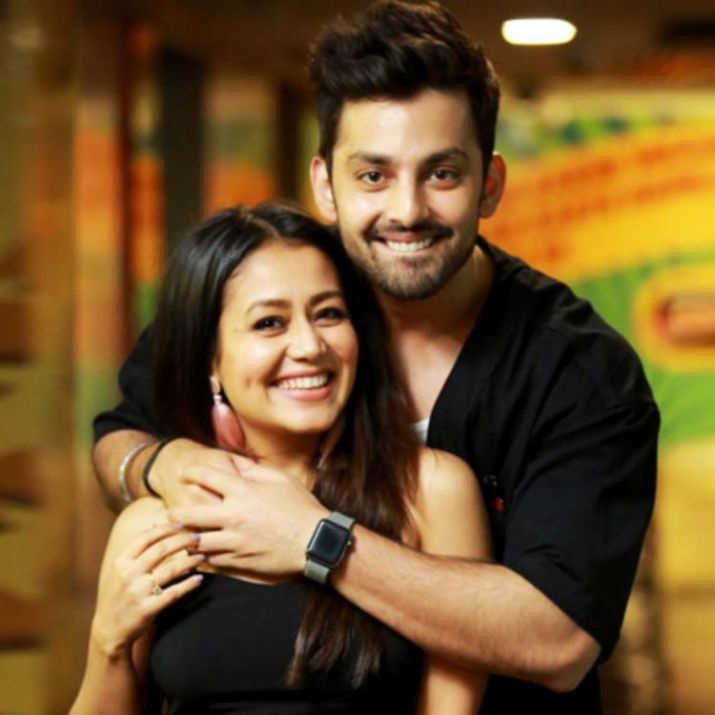 Later, Neha responded to his comments through a cryptic post on social media post which hinted at Himansh using his popularity. Have a look:

Love You Guddu 😍😇 . Bhagwaan Ki Daya Se, By The Grace of God, I have Everything one wishes from Life 🙏🏼 Really Really Happy that I’m living a Happiest Life and that’s because of Good Deeds, Good Karma! ❤️💪🏼😇 Log Jo Bhi Bura Bolte Hain Mere Baare Mein They’re nothing but FAKE AND JEALOUS and USING MY FAME to appear in News. Pehle bhi Use Kiya, Mere Peeche se bhi Use Kar Rahe Hain. Oye! Get Famous coz of Your Work, Not bcz of Me. Don’t Use My Name to get famous again. If I open My Mouth............. I’ll bring here your Mother, Father and Sister’s deeds too.. What all they did and said to me. Don’t You Dare Use My Name and Dont become Bechaara in front of the world, making me look like a villain, Warning You!!!!! ⚠️ Stay Away from Me and My Name!!!!!! 🙏🏼

Every Girl should have a Guy in her life who Looks at her the way This #NariyalPani wala bhaiya Looking at Me! ☺️😄🥰 . . #Mauritius 🏖 #NehaKakkar #NehuDiaries

Neha who judged the popular Indian Idol season 11 came in the limelight because of the news of her marriage with the host Aditya Narayan.