The pre-wedding ceremonies of singers Neha Kakkar and Rohanpreet Singh have started, with pictures of the mehndi and haldi rituals going viral.

The pre-wedding ceremonies of singers Neha Kakkar and Rohanpreet Singh have started, with pictures of the mehndi and haldi rituals going viral on Friday. For the haldi ritual, the gorgeous bride is seen in a yellow saree with flower jewellery, the groom  Rohanpreet complements her look in bright yellow kurta-pyjama with a heavy dupatta.

The soon-to-be-married couple Neha and Rohanpreet are seen posing for pictures, which also has Neha’s brother Tony Kakkar. All are seen in colour coordinated yellow and green outfits.

On Thursday, Neha shared a picture on her Instagram stories of her flying off with her family to Delhi. Before tying the knot with Singh, Neha Kakkar gets Mehendi applied on her hands.

On Instagram, Neha Kakkar’s mehendi designer shared some pictures from the intimate ceremony. In pictures, she flashes a smile while mehndi is being applied on her hands and legs. Delhi's famous Raju Mehndi Wala took charge of Neha's bridal mehndi. 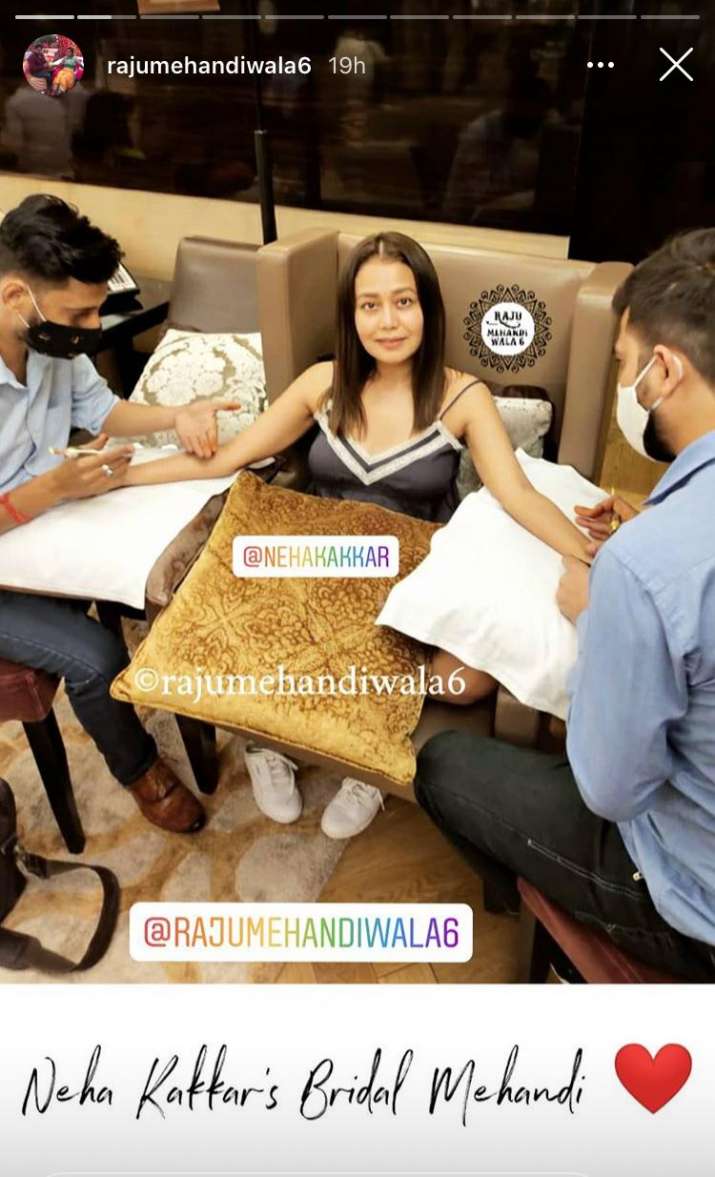 The pictures feature Nehu da Vyah's singer sitting on a chair in her room dressed in a casual black dress, as she got Mehendi applied on her hands. She flaunts a million-dollar smile for the pictures. The Mehendi designer posted the pictures, with the caption, “Neha Kakkar’s Bridal Mehendi.”

A few days ago, Neha had shared pictures of Rohanpreet proposing to her. In the photos, Rohanpreet can be seen holding a red heart-shaped placard that reads: "Will you marry me?"

Reportedly, the two met on the sets of their recently released music video, "Nehu da vyah".