Mona Singh of Jassi Jaissi Koi Nahin getting married in December this year? Here’s the truth

Jassi aka Mona Singh from Jassi Jaissi Koi Nahin may get married with in December this year. Are you excited?

The season of weddings is back again, and it seems that one of the most loved actresses of the small screen Mona Singh is in line too to become a bride this year. The actress who won everyone’s hearts through her popular show Jassi Jaissi Koi Nahin is reportedly getting married in December.

A report in Pinkvilla states that the actress, who has been in a relationship for a year, has decided to take it forward. However, when she was approached for a confirmation, she neither accepted nor denied the news.

Ranveer Singh is available for 'hire'. And Deepika is the manager

Ranveer's Friday began with a 'defeat' in a game of Badminton. By Deepika, of course

"I have nothing to share right now," she said.

“I wanted to be with her. She is a wonderful girl and a great artiste. We were too young and different as people. Mona is very social, always bubbly but at that time marriage was not something she was looking at. Her career was going great guns and she wanted to focus on that," Karan had said, when asked about her. 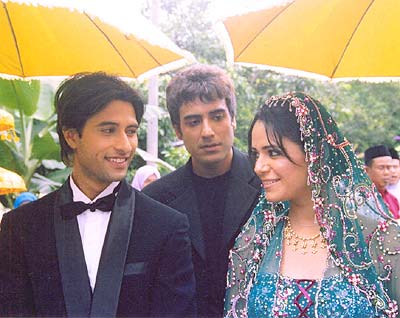 Mona was last seen in the show Mission Over Mars playing the lead role.

"It has never happened that I pick up so many projects in a year. I run away after one project ends and most often I end up doing only one every year. I like to chill out for the rest of the year," she had quipped.