Mira Rajput Kapoor on Tuesday shared a hilarious Instagram post about rapper Kanye West's change of name to 'Ye' and how it would cause confusion among Hindi speakers.

Along with the meme, Mira wrote, "Someone try and trump this," adding a laughing emoticon. 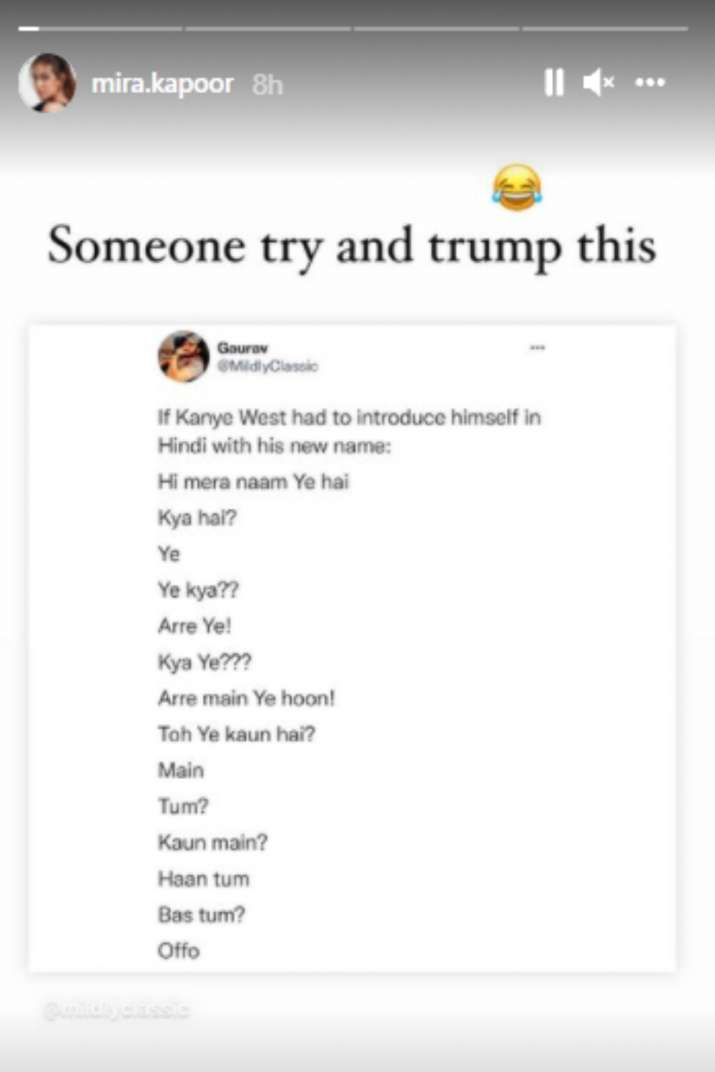 A Los Angeles judge on Monday approved a petition by the 'Runaway' hitmaker Kanye West to officially change his name as 'Ye', with no middle or last name, reported Deadline. Kanye filed the petition on August 24 and stated he was making the change for personal reasons. In fact, in 2018, he released an eighth studio album titled 'Ye'. Kanye has called himself Ye on social media for years.

Mira Rajput is pretty active on her social media account. Recently, the star wife revealed to her followers that she can play the piano and regrets giving up on her lessons. Taking to Instagram handle, Mira shared a video in which she can be seen playing the piano while Shahid stands and listens to her play. Along with the video, she penned a caption "Here's something you didn't know about me. I can play the piano! Well, I'm out of practice, but I can read music, play my scales and play by ear."

"I can't wait to get back to playing! I hated my lessons so much, probably because they were geared towards examinations but now I regret giving them up! Anytime I see a piano I can't help but sit down and start playing. But it's the same few pieces that I still remember. Now I think I should get back to it," she added.