Pulkit Samrat and Kriti Kharbanda are the new IT couple of Bollywood.

Pulkit Samrat and Kriti Kharbanda are the new IT couple of Bollywood. The duo recently confirmed their relationship and have been making appearances at Bollywood events. Pulkit celebrated his birthday on Sunday, and the day was made more special by girlfriend Kriti Kharbanda.

Kriti wrote, "Coz it’s his birthday and he’s my favourite! @pulkitsamrat to madness, happiness, craziness, laughters, tears of joy and so much more! Happiest birthday, you! Muahhh!" 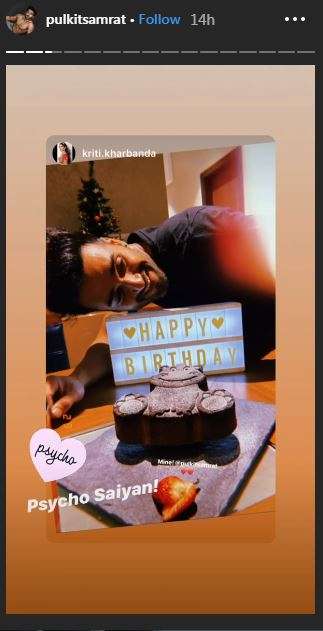 Kriti and Pulkit were recently seen together in Pagalpanti, also starring John Abraham, Arshad Warsi, and Anil Kapoor. While their dating rumors had been making rounds from the beginning of this year, it was during the promotions of Pagalpanti that the couple confirmed their relationship.

Pulkit and Kriti requested people to respect their personal space. In an interview with IANS, Kriti said, “We are not hiding our relationship, but I feel people should give us some space because it’s a family thing.”

Kriti and Pulkit are often seen making appearances on each other’s profile. The duo recently made a trip to Thailand to attend the wedding of their friends Karanjiv Singh and Neharika Juneja Vijan.