Kareena Kapoor Khan, who is currently holidaying in the Maldives with hubby Saif Ali Khan and kids-Taimur Ali Khan and Jeh, posted an adorable selfie from her ongoing trip. The 'Good Newwz' star on Friday shared a picture with her little munchkin sleeping in her arms. Bebo and Saif welcomed their second baby in February this year. Kareena recently jetted off to the Maldives to celebrate her husband’s 51st birthday. Since then, she has been sharing glimpses from her vacay. 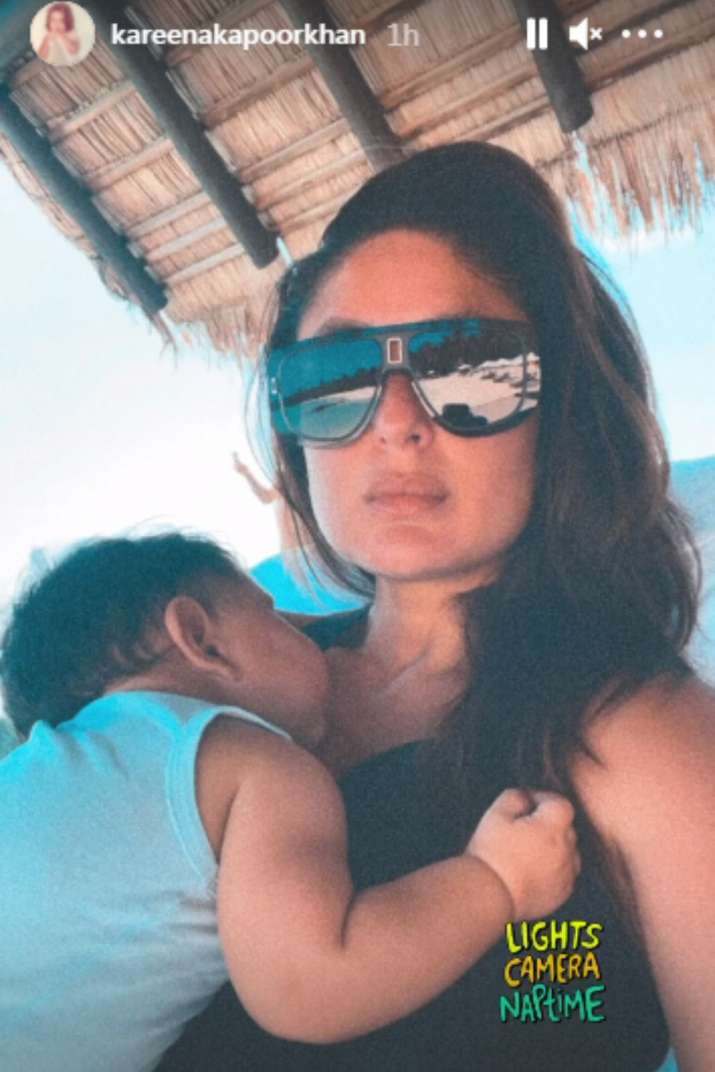 Kareena has been treating her fans with sneak-peeks of the vacation through selfies and fun family photos. On Thursday, Kareena upped her selfie game by sharing a drop-dead gorgeous picture of herself. In the image, the actress is sporting a black bikini top and pink bottoms. "Selfie series continues," she wrote.