Legendary Bollywood actor Dilip Kumar passed away on Wednesday morning at the age of 98. He was buried with full state honours at the Juhu Qabrastan at Santacruz in Mumbai. Not only his wife Saira Banu but a gamut of film personalities attended the final farewell of the actor with tears in their eyes.

The skies opened up today as legendary Bollywood actor Dilip Kumar, known as the 'tragedy king,' was buried with full state honours at the Juhu Qabrastan at Santacruz in Mumbai. The long-ailing actor passed away on Wednesday morning at the age of 98. Dilip Kumar was admitted to Mumbai's Hinduja Hospital last week after complaining of breathlessness. His last rites took place at 5 pm with all the COVID protocols being followed. Maharashtra Chief Minister Uddhav Thackeray announced that the late actor will be honoured with state funeral and tweeted, "Chief Minister Uddhav Balasaheb Thackeray has instructed that the funeral of veteran actor Dilip Kumar will be held in a state funeral." READ: End of an era: Dilip Kumar dies at 98

Uddhav Thackeray also visited Saira Banu at Dilip Kumar's home on Wednesday afternoon. His son Aditya wrote in a tweet: "Paid our respects to the legend, Dilip Kumar Saheb. He will be accorded state honours today."

Not just Dilip Kumar's wife Saira Banu but scores of film personalities attended the final farewell of the actor. About a dozen policemen draped his mortal remains in the Tricolour which was later removed for the rituals. 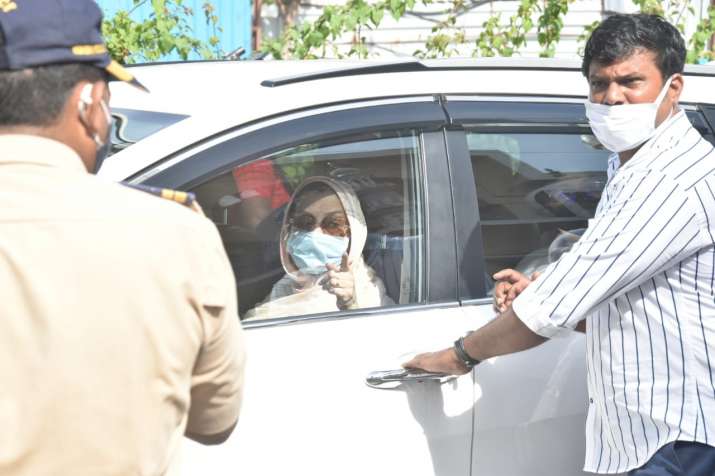 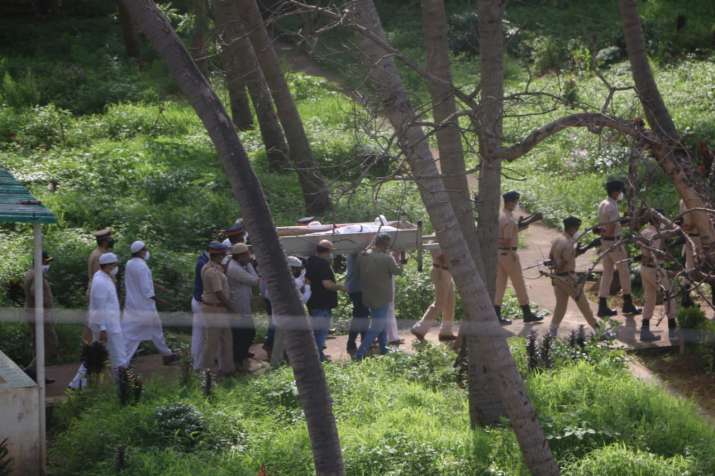 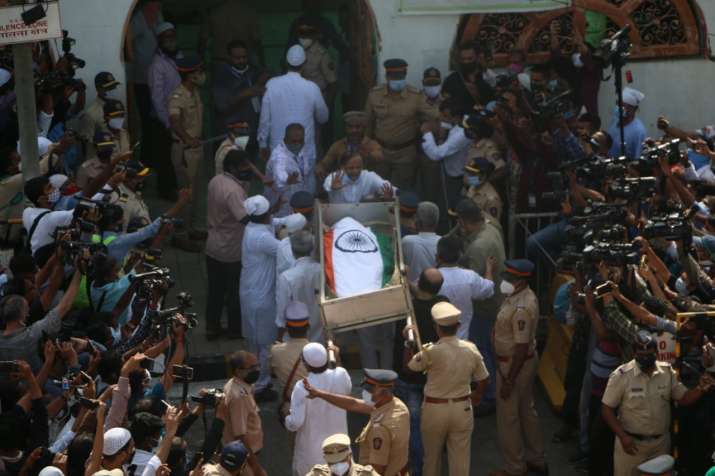 Dilip Kumar's death announcement was followed by the details of his funeral in a tweet. The first tweet by their family friend read, "With a heavy heart and profound grief, I announce the passing away of our beloved Dilip Saab, few minutes ago. We are from God and to Him we return.  - Faisal Farooqui." Another one read, "Burial today at 5:00 PM. Juhu Qabrastan at Santacruz Mumbai."