Besties Alia Bhatt, Akansha and Anushka Ranjan are holidaying in Maldives & their photos are unmissable

Alia Bhatt on Sunday treated fans with sizzling photos from Maldives in which she was seen posing in her rainbow-striped swimsuit. Apart from that, her best friend and actor Akansha & her sister Anushka Ranjan also shared some steamy pictures from the vacation that features the the girl gang in a state of euphoria.

Bollywood actress Alia Bhatt is having the best time of her life with Akansha Ranjan Kapoor and Anushka Ranjan. The trio headed off to Maldives a few days back and have been continously updating fans with what they are upto. Their social media handles are filled with beautiful pictures from the exotic location that will force you to pack your bags and head off. The 'Raazi' actress on Sunday treated fans with sizzling photos in which she was seen posing in her rainbow-striped bikini. Apart from her, her best friend and actor Akansha also shared some steamy pictures from the vacation that features herself with Alia and Anushka in a state of euphoria.

The three of them in the image were seen wearing bright pink, purple & lime-green coloured bikinis and the caption read, "So the whole world knows my love for you is so big." A similar kind of image was shared by the actress on Instagram with a thoughtful caption that read, "heal, learn, grow, love."

Talking about Alia, she was seen dressed in a multicoloured bikini paired with reflecting shades and golden hoop earrings. One of the pictures also features Alia from her side profile while she flaunts her brown wavy hair. The chirpy queen kept her caption simple yet apt, that read, "blue seas and a Pisces". In the caption, Alia mentioned her zodiac sign Pisces while reflecting on the picturesque view of the blue sea in the backdrop.

In their Instagram stories, they shared the scrumptious Italian meal they enjoyed which included Italian Caprese salad and a delish Margherita pizza. Check them out: 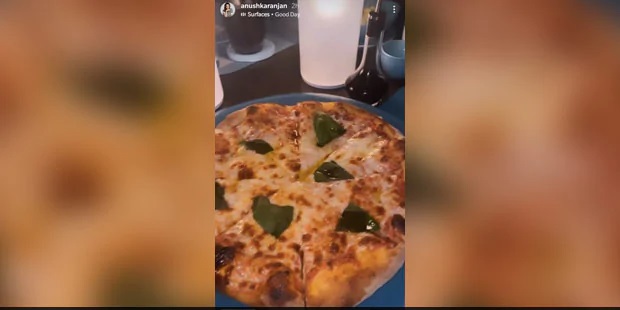 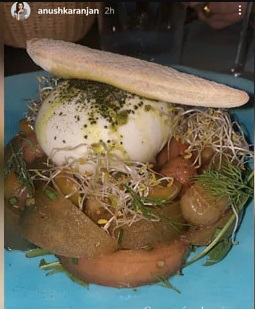 Anushka shared a funny boomerang video in which the three of them were seen doing the hook step of Hrithik Roshan and Ameesha Patel's song Kaho Naa Pyaar Hai.

Not just the three of them, even Alia's sister Shaheen has accompanied them for the vacation. Check out her post here:

On the work front, Alia will be next seen in Ayan Mukherji's directorial 'Brahmastra', alongside her beau Ranbir Kapoor and megastar Amitabh Bachchan. Produced under Karan Johar's banner of Dharma Productions, the superhero movie will also feature Nagarjuna and Dimple Kapadia in pivotal roles. Apart from 'Brahmastra', Alia also has Sanjay Leela Bhansali's period film 'Gangubai Kathiawadi' and SS Rajamouli's magnum opus 'RRR' in the pipeline.