Alia Bhatt clarifies rumours of getting hurt on Gangubai Kathiawadi sets: This is an old injury

Alia Bhatt has clarified rumors that she has hurt herself on the sets of upcoming film Gangubai Kathiawadi.

Alia Bhatt left her fans worried when she shared a picture of herself lying in bed and sharing with her fans that she has a back injury. Twitterati were quick to think that she got injured while shooting for her upcoming film Gangubai Kathiawadi. Soon after the news broke the internet, the actress took to her social media to clarify that it is an old injury that has been causing her trouble for the past few days and now she is ready to bounce back to work.

Alia wrote, “To all those articles out there saying that I have hurt myself on the sets of my film.. they are NOT true.. This is an old injury that has been acting up for a while and just gave way one day at HOME.. No accident or nothing.. pls pls do clarify next time before printing long long articles on what happened to me.. Having said that thanks to few days of complete rest and being horizontal I’m back in action and am resuming shoot from today! Thank you for all the get well soon messages as i have got well very very soon.” 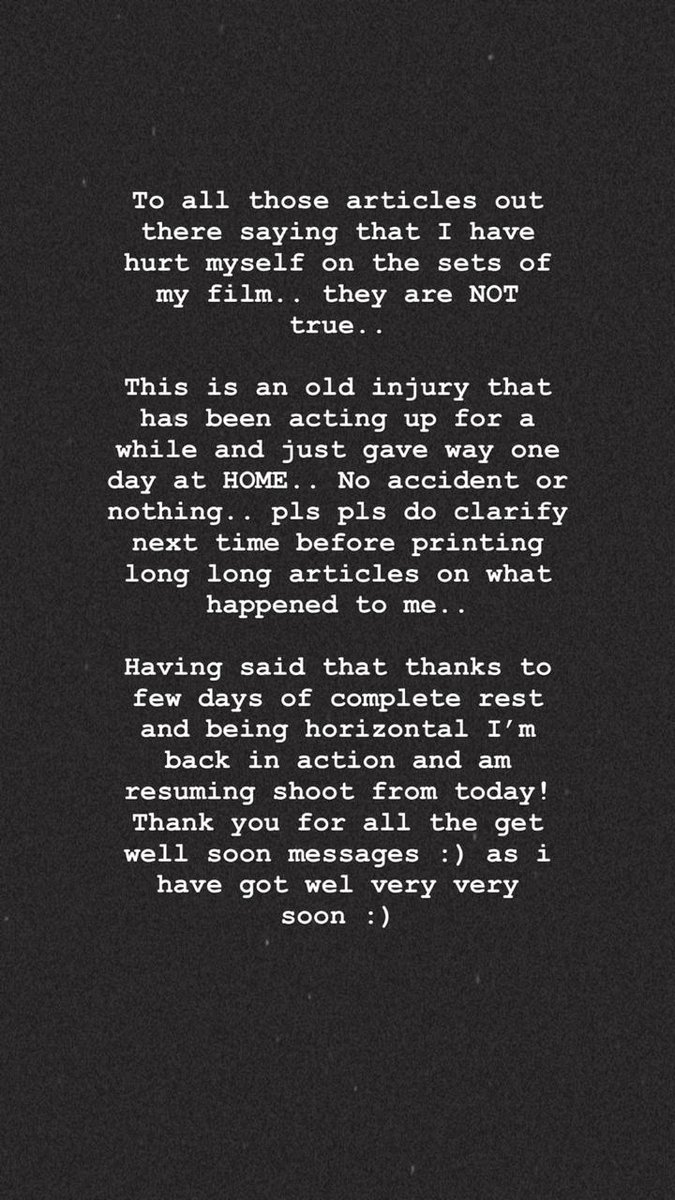 Earlier, Alia shared a picture with her pet cat Edward and wrote, “Selfie time with mommy cause she’s hurt her back and has nothing better to do at 2am.” The picture stirred the rumour that she clarified on Tuesday.

Other than this, Alia has just begun shooting for Sanjay Leela Bhansali’s Gangubai Kathiawadi. The first posters of the film has already surfaced the internet. She also has SS Rajamouli’s RRR and Karan Johar’s Takht in the pipeline.