Tiger Shroff never fails to make fans go weak in the knees with his eye-popping style statements, however he looks even good without his clothes. Check out his latest pictures here.

Tiger Shroff is busy promoting his upcoming film Student Of The Year 2 with debutants Tara Sutaria and Ananya Panday these days. Even with his busy schedule, the actor never misses out on his workout ever. While Tiger Shroff never fails to make fans go weak in the knees with his eye-popping style statements, he looks even good without his clothes. Well, Tiger Shroff left the temperatures soaring on Saturday night as he stepped out after his gym session shirtless. The actor was spotted wearing blue track pants and was shirtless. His abs and muscular body definitely left everyone sweating the instant he came out of the gym.

It is said about Tiger Shroff that he is the most comfortable when he is not wearing his clothes on. Infact, during the promotions of Student Of The year 2, actresses Tara and Ananya were asked if they used to ask co-star Tiger Shroff to put off his shirt in order to see his muscular body, the divas revealed that they has to ask him to wear a t-shirt as he was seen roaming shirtless on the sets most of the times. To this Tiger shroff commented that he is most comfortable in his own skin. 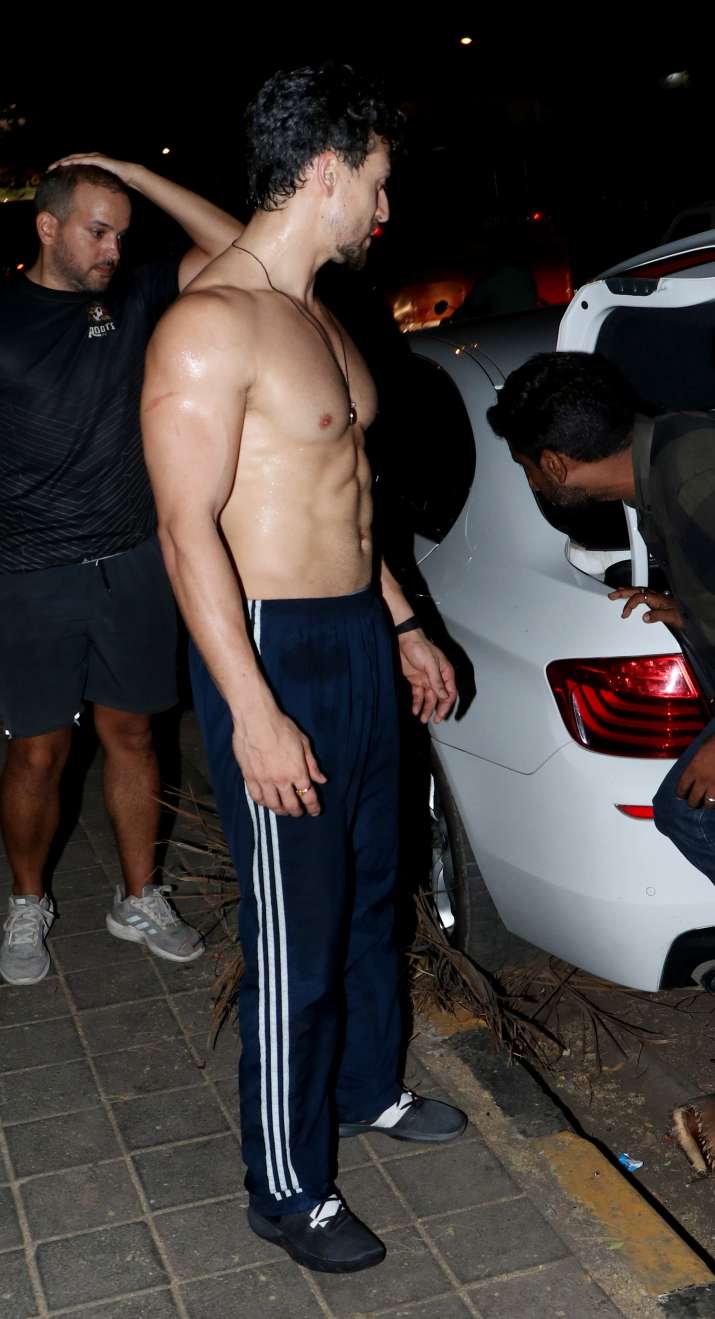 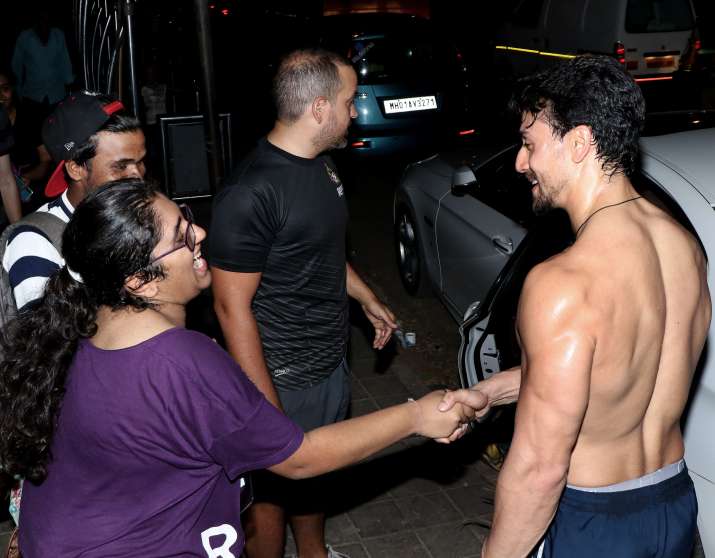 Tiger Shroff is gearing up for his next film Student of The Year 2 which marks the debut of Tara Sutaria and Ananya Panday. He will be next seen in Sajid Nadiadwala’s Baaghi 3 which also stars Shraddha Kapoor. The actor was seen sharing screen space with Shraddha in Baaghi as well. Tiger Shroff has already earned a name for himself when it comes to the action heroes in the industry. Talking about his inspirations, the actor revealed, "My heroes are Michael Jackson, Bruce Lee and they are the people who proved their worth. They inspired many lives through their work. If anything in life, I want to do the same and I am craving for such an opportunity so that I can serve the world rather than just one film industry."