Shahid Kapoor recently in a chat show revealed the worst part of kissing Kangana Ranaut in the mud for the film Rangoon.

Shahid Kapoor is currently busy promoting his upcoming film Kabir Singh, also starring Kiara Advani. The actor will be seen playing the titular character of an alcoholic surgeon who becomes self-destructive when his girlfriend Preeti, played by Kiara, marries someone else. The film is slated to release on June 21, 2019. The duo worked really hard for the film and was currently seen in Neha Dhupia's chat show BFFs with Vogue where they revealed details about their film as well as their Bollywood journey.

During the chat show, Shahid was asked about his kissing scene in the film Rangoon which was released back in 2017. Host Neha Dhupia asked Shahid about his experience of kissing Kangana Ranaut in the mud. To this Shahid replied, "That’s a really random question! Really random memories... Kuch yaad hi nahi aa raha hai. Blank ho gaya hoon main, yaar. If it was in the keechad, it was keechady." There is no denying that Kangana Ranaut and controversies go hand in hand. Even on teh sets of Rangoon, the actress didn't gel up quite well with Shahid and the duo never shared a good bonding. 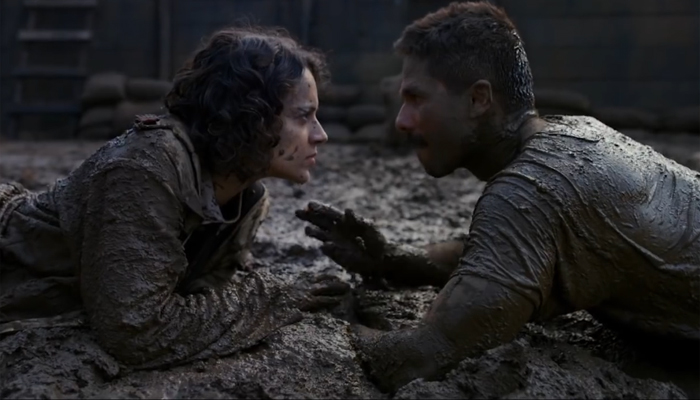 In the previous interview, Kangana had said that living with Shahid Kapoor in the same cottage on the sets of Rangoon was not less than a nightmare and kissing the actor was disgusting. She also told that his moustache was horrible and Shahid kept on telling her that he has a runny nose which helps it to stick.  When Shahid was told about Kangana's comment, the actor told DNA, "I have to tell you that Kangana makes up things in her head. She has a vivid imagination. I don't remember telling her all this at all."