Janhvi Kapoor took to her Instagram handle to wish the Kargil girl Gunjan Saxena birthday through a heartfelt note. Janhvi who made her debut through Dhadak will next be seen in biopic Gunjan Saxena: The Kargil Girl.

After making her debut in the Bollywood industry through Dhadak, actress Janhvi Kapoor will next be seen in a uniformed avatar in the film Gunjan Saxena: The Kargil Girl, the posters of which were released by the makers a few days back. Now on the occasion of the Kargil braveheart's birthday, Janhvi has posted a picture on social media along with a heartfelt note. Janhvi was seen in the airforce uniform while Gunjan was in a very casual look.

Janhvi took to her Instagram handle to wish Gunjan a very happy birthday by sharing picture and a post that read, “Happy Birthday Gunjan mam! Thank you for teaching me the true meaning of bravery, the importance of working hard and sincerely and for paving the way for millions of women in our country. You’re an inspiration and a hero, without ever having tried to be. Your story has helped me believe in myself, and hopefully will help others too.”

Various posters were shared by the actress on social media of the film which will be produced by Karam Johar and will hit the screens in March 2020. Check them out:

Earlier pictures and videos of Janhvi Kapoor have gone viral from the sets of Gunjan Saxena- The Kargil Girl in which she can be seen acing the look to perfection, Sporting a formal look of a pilot on duty, Janhvi Kapoor looks absolutely stunning in the leaked pictures. Have a look at them here- 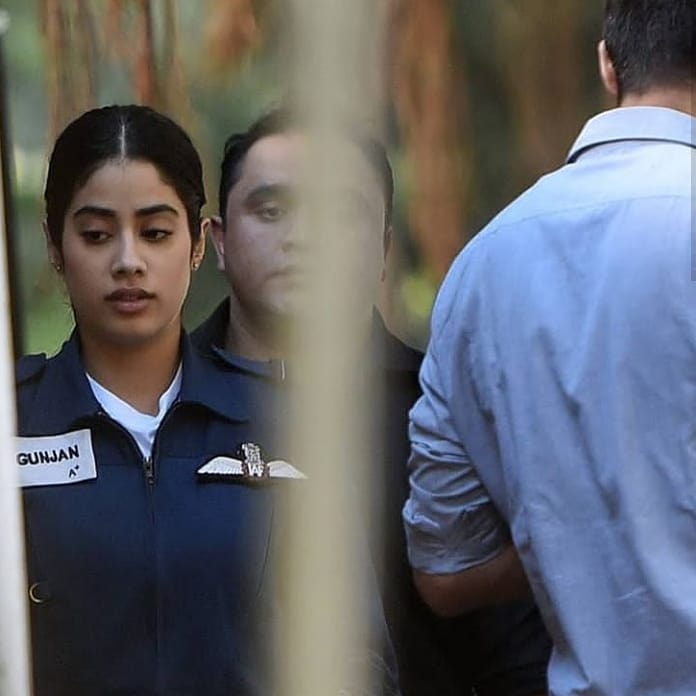 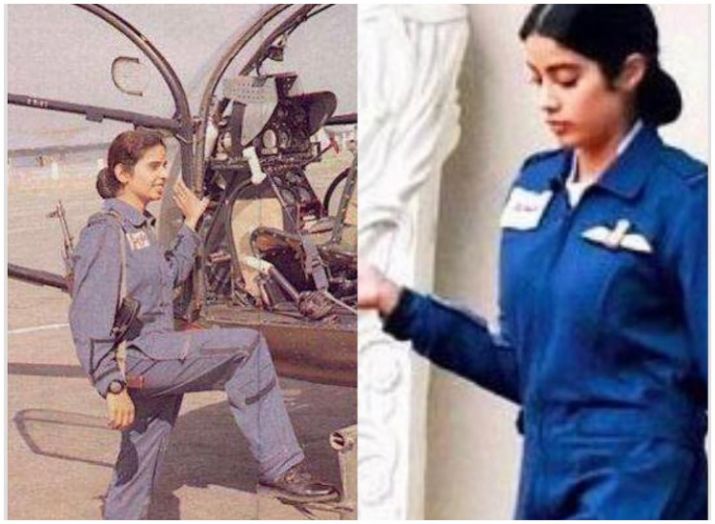 For the unversed, Gunjan evacuated injured soldiers from the war field, flying through Kashmir while she was posted in Kargil during the 1999 war. The film is being directed by Sharan Sharma and produced by Dharma Productions in association with Zee Studios. Gunjan Saxena - The Kargil Girl also stars Pankaj Tripathi, Angad Bedi, Vineet Kumar and Manav Vij in important roles.