New Delhi: 'Tanu Weds Manu Returns' director Anand L. Rai, who was under pressure over viewers' expectations from the film, is a relieved man. His latest movie, starring Bollywood's 'Queen' Kangana Ranaut, has earned Rs 38.10 crore in its opening weekend.

The sequel of the 2011 film 'Tanu Weds Manu' marks the return of Kangana as Tanu, and a twin avatar -- Datto. 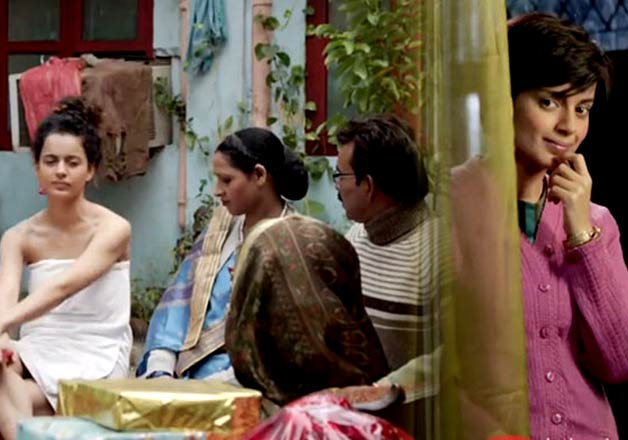 The film, which released on May 22, received good response on its opening day by collecting Rs 8.85 crore. However, it took a drastic jump on Saturday and Sunday minting Rs 13.20 crore and Rs 16.10 crore, thus taking its weekend total to Rs 38.10 crore, according to trade analyst Taran Adarsh.

The story of 'Tanu Weds Manu Returns' starts from where the prequel ended. It shows what happens to the lead pair after four years of having their marriage on the rocks.

Starring R. Madhavan as Kangana's husband, the movie is winning applause for its entertainment value.

Despite the fact that most of the sequels have not managed to entertain viewers and have proved to be a flop at the box office, 'Tanu Weds Manu Returns' is turning out to be an exception.

This has left the director "relieved".

"I am feeling relieved. There was a pressure with the sequel, but I'm overwhelmed with the kind of response that I have received for his film. It is the small characters in the film who have played a pivotal role. I always feel each and every character in the film is extremely important," the 'Raanjhanaa' director told IANS.

As far as the future of 'Tanu Weds Manu Returns' is concerned, the film will have a clear run at the box office this week too as there is no big budget or multi-starrer film coming up apart from Arshad Warsi and Jackky Bhagnani-starrer 'Welcome 2 Karachi', which releases on Thursday.

"The film opened to positive reviews and houseful numbers across the country. Made on a modest budget of Rs.30 crore, the opening weekend has collected around Rs 40 crore and with clear run next week as well, it will not be an understatement to say that 'Tanu Weds Manu Returns' is racing for Rs.100 crore at the box office,” he added.