Bollywood stars Salman Khan and Katrina Kaif are all set to spell magic with Bharat this Eid. While the trailer and songs from the film have already created much buzz everywhere, a cute picture of Salman Khan photo-bombing Katrina Kaif has caught everyone's attention. It so happened that Salman Khan, Katrina Kaif and Sunil Grover promoted Bharat during the 2019 Indian Premier League final match and the trio clicked pictures with their little fans.

In one of the pictures, Katrina Kaif was snapped carrying a toddler in her arms with a bright smile on her face. It was then that Salman Khan decided to come into the frame as well. Shared by one of the Salman Khan fan pages on Instagram, the picture of Salman and Katrina has now gone viral. Check it out: 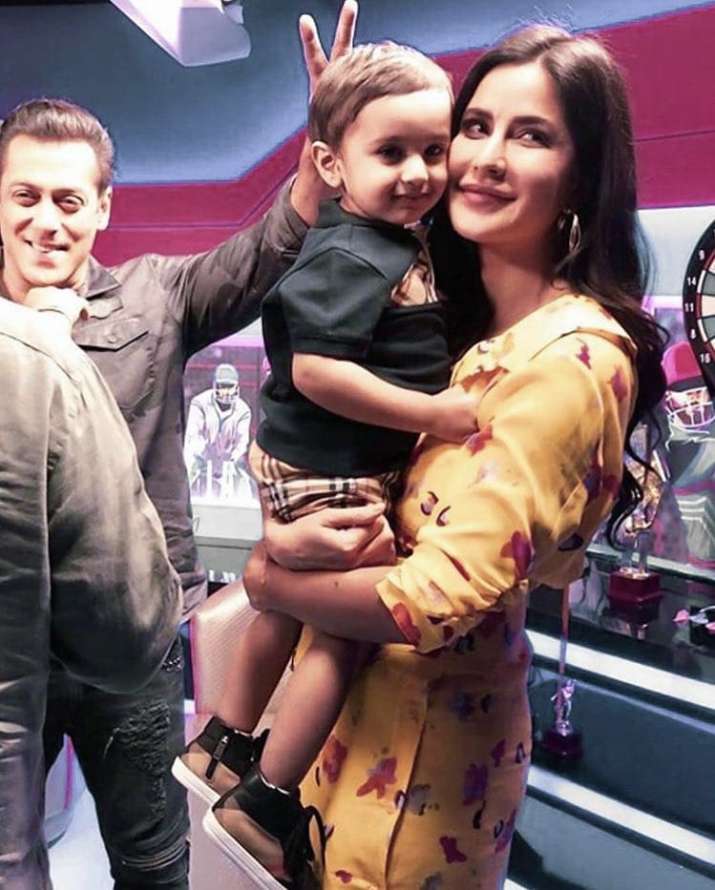 Several other candid pictures and videos from Bharat promotions are also doing the rounds across social mediad and, they are just too cute to be missed.

During the final IPL match between Chennai Super Kings and Mumbai Indians, Salman and Katrina came together to host a special segment along with the host and former cricketer Brett Lee.  Taking to Twitter, Brett Lee shared a picture with Salman and Katrina from the sets and wrote, ovely to see you both ! Good luck with the new film. Out June 5th @BeingSalmanKhan #Bharat #katrinakaif @WhoSunilGrover @Bharat_TheFilm."