Is middle class the new genre of Bollywood?

Films that are reminiscent of the lives of small towns have garnered applause of viewers as well as critics.

Gone are the days when success of a movie used to rely on big stars, exotic locations and designer costumes. Now people in India no longer want to escape from the miseries of their lives. The world of millionaires, their lavish lifestyles hardly fascinate them on the big screen. Neigbourhood tales have started piquing their interests. Stories from narrow lanes and shabby houses of small towns connect them often more swiftly. Nothing is more exciting than finding characters on the screen speaking the same dialect or having the same accent as ours.

Debacle of big budget movies like Jagga Jasoos, Tubelight and Harry Met Sejal and success of Toilet: Ek Prem Katha, Bareilly Ki Barfi and Shubh Mangal Saavdhan has consolidated this phenomenon, thus making north Indian middle class family a new trend. Catering to the needs of majority of population is never a bad idea. In the 90s, Bollywood was flooded with films portraying larger than life characters and watching stories revolving around NRIs and businessmen was like unwinding ourselves. Gradually such films became run-of-the-mill and the benefits were reaped by new directors. You can't have continental for a long time, at the end of the day you will be craving for ghar ka khana. This new group of directors knew pulse of the audience.They were aware that showing the viewers their own story on celluloid will strike a chord with their hearts. 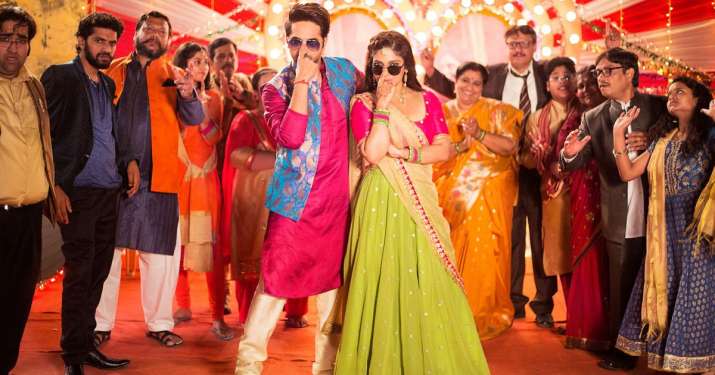 Films that are reminiscent of the lives of small towns have garnered applause of viewers as well as critics. Even those who do not belong to the middle class have started embracing the new change in Bollywood as they find this part of India equally fascinating.  Undoubtedly, a riveting story remains and will be the flag bearer at the box office. Though, this genre has been brought to use recently but the trend arrived much before. During every phase of cinema, there has been directors whose prime focus remained on making people identify with the subject of their movies. Remember Anurag Kashyap's Udaan that aptly reflected the life and ambition of a Jamshedpur boy? However, the industry did not refashion itself before Anand L Rai's Tanu Weds Manu which exploited this subject with the focal point at dialect and character actors. Not to forget, it is these two which add authenticity and extra charm to the story. He back to back came up with Raanjhana and Tanu Weds Manu Returns, stories that spoke volume about middle class and rural milieu. Interestingly, big production houses like Yash Raj Films and Dharma Productions also tried their hands at such subjects in Dum Laga Ke Haisha and Kapoor & Sons respectively and they did wonders at the box office.

It is these heartland stories that have shifted the focus from lead pair to characters of a movie. Character actors were never given such an importance and appreciation as now. Deepak Dobriyal, Pankaj Tripathi, Seema Pahwa, Rajesh Sharma have been equally appreciated as protagonists for their acting finesse. So far in 2017, cinema with rustic vibes have created magic at the box office, be it Toilet: Ek Prem Katha, BKB, Shubh Mangal Saavdhan, or Lipstick Under My Burkha and those which won hearts with impressive plot include Anaarkali of Aarah and Mukti Bhawan.

This age of entertainment has young audience having exposure to world class subjects. It is not surprising to know why they have discarded Indian soap operas. With web series representing a slice of life, it was obvious for Bollywood too to move out of its clichéd genres.