The glittering ceremony of IIFA Awards 2018, which took place on June in Bangkok, was telecast on Colors TV on Sunday night. From veteran actress Rekha’s performance to complete winners list, we bring to you all the highlights from the prestigious awards night. The big winners were Jagga Jasoos, Bareilly Ki Barfi, Shubh Mangal Saavdhan and Newton, which won awards in categories such as background score, best choreography and special effects (Jagga Jasoos), best screenplay (Bareilly Ki Barfi), best dialogues (Shubh Mangal Saavdhan) and best editing (Newton).

The eternal queen of Bollywood Rekha mesmerised the audience after twenty long years at IIFA Awards 2018 held in Thailand.

The veteran actress performed in all her popular dance numbers right from 'In Aankhon ki Masti to Salaam E Ishq meri jaan'. Rekha brought back the happy memories of some of her most popular films.

The very evergreen #Rekha ji performed at the IIFA stage after 20 long years and we couldn't be more honoured to have her. . #IIFA2018

As soon as her performance got over, Bollywood's gen-next superstars Ranbir Kapoor, Arjun Kapoor, Varun Dhawan and the Kriti Sanon, Dia Mirza and Shraddha Kapoor rushed to the stage to perform with her. They took her blessings and an overwhelmed Rekha thanked everyone for their undying support.\ 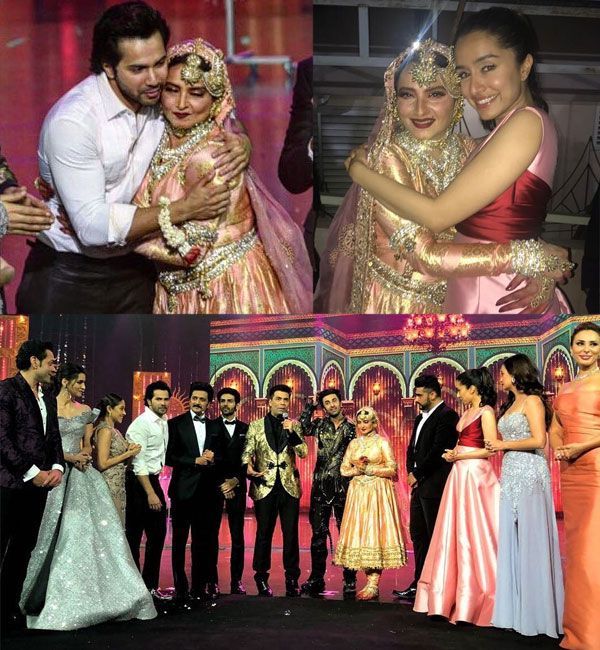 Bollywood stars left no stone unturned to make the event memorable. Varun Dhawan danced to some of his popular tracks whereas Arjun Kapoor and Kriti Sanon set the stage on fire with their sizzling chemistry. Ranbir Kapoor set several hearts to flutter when he grooved to Balam Pichkari.

Energy levels are bound to go through the roof when these two take the stage! @arjunkapoor and @kritisanon at #Iifa2018⁠ ⁠ @iifa

Shraddha Kapoor danced to the beats of her popular song Humma Humma. She mesmerised everybody with her performance.

Ranbir Kapoor does not perform in many shows but when he does he is a treat for all eyes. The handsome actor who is high on the success of Sanju was a star in IIFA 2018.

Talented artists were honoured for their work at IIFA 2018. Have a look at the complete list of winners.

Outstanding Achievement by an Actor in Indian Cinema: Anupam Kher