Also, Rajasthan Deputy Chief Minister Sachin Pilot has made it to the list of star campaigners. 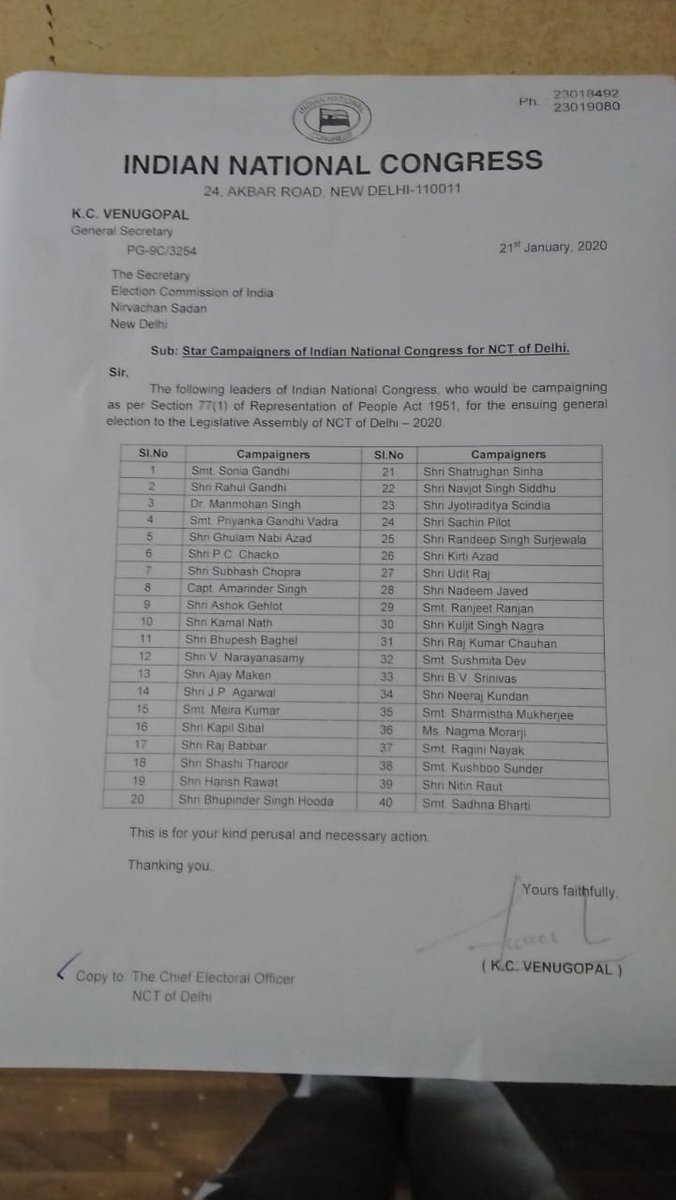 The Congress on Monday (January 20) released a list of seven candidates for the Delhi Assembly polls, fielding Romesh Sabharwal against Arvind Kejriwal from the New Delhi constituency. A former NSUI head of Delhi, Sabharwal was missing the party ticket for the past several years.

The grand old party on January 18 released it first list of candidates that included 54 members. Of the 54 nominees, 33 are making their debut in the Assembly elections. Four muslim candidates also figured in the list.

The Congress is contesting on 66 seats in Delhi elections. The party has fielded Romesh Sabharwal against Arvind Kejriwal from the New Delhi constituency.