Bihar Results: Nitish Kumar readies for another term, what worked for him

Bihar Election Result: Nitish Kumar-led NDA secured a win in Bihar with a slender majority. The ruling alliance won 125 seats in the 243-member Legislative Assembly against 110 clinched by the RJD-led grand alliance.

The Bharatiya Janata Party-JDU alliance has retained power in Bihar. Janata Dal (United) president Nitish Kumar will head the government for another five years in the Hindi heartland. While the BJP has gained substantially this time, the JDU of Nitish Kumar faced the public's anger. The BJP has secured 74 seats while the JDU has settled with just 43, meaning the saffron party is the 'big brother' this time. This is perhaps the first time when the BJP has an upper hand over JDU. Junior partners Hindustani Awam Morcha (Secular) and Vikassheel Insaan Party have won 4 seats each.

The opposition's Mahagathbandhan, spearheaded by RJD leader and CM candidate Tejashwi Yadav, will have to sit on the opposition benches for the next five years. The alliance has pocketed 110 seats. The Rashtriya Janata Dal emerged as the single largest party with 75 seats while its alliance partner Congress managed to get 19 seats. The three Left parties -- CPI(ML), CPM, and CPI won 16 of the 29 seats that they had contested, a strike rate of nearly 58 per cent.

In the grand alliance, the Congress appeared to be the weakest link that pulled the Mahagathbandhan behind the NDA. Nitish, facing an anti-incumbency factor of 15 years, won the public's trust, but he is also the one who has lost the most. So, what are factors that worked for Nitish in retaining power despite apparent public anger:

Nitish Kumar banked on the marginalised 'Pachpaniyan' voters who played a key role in ensuring his return. The EBC, Mahadalit, Kurmi and Kushwaha voters favoured Nitish over Tejashwi. The 'Pachpaniyan' voters include the EBC, Mahadalits, Kurmi and Kushwaha. These voters directly affect the outcome on at least 100 of the 243 seats. The EBC and Mahadalit came together this time. While Tejashwi's RJD was sure of scoring a win with the 'MY' factor by its side, Nitish was banking on the EBC and Mahadalit voters. Paswan voters, however, dented Nitish. The LJP's decision to go solo caused trouble for JDU on 37 seats. At 9 seats, the LJP got 21-31% votes, at 15 seats it pocketed 10 to 20% votes, and at 13 seats 5-10%. Statistics show that had the LJP as part of the NDA, the alliance would have comfortably secured the power with a two-thirds majority.

Nitish's trusted silent voters which include women came out in record numbers to vote for him. During campaigning, Nitish raised issues that help him to reach out to them. He spoke about the alcohol ban and the RJD's jungle raj. He talked about "Mahila Samman". Nitish said that the RJD will lift the prohibition and jungle raj will return. He counted the works for women, like providing bicycles to girl students, 50% reservation for women in the panchayat, Rs 55,000 grant and other benefits till graduation, 35% quota for women in the government job. Women voters helped Nitish clinch at least 30 seats. 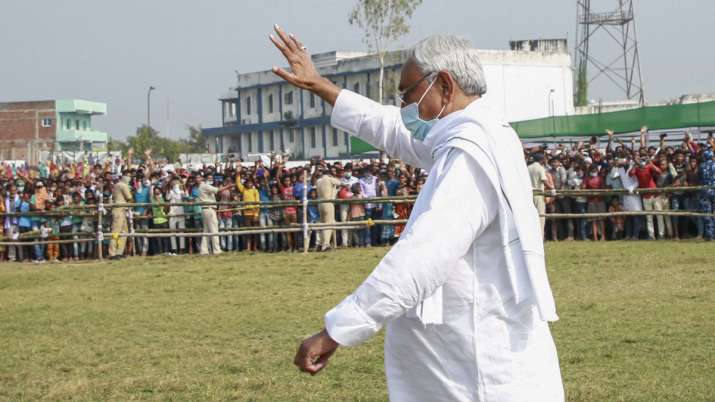 Nitish Kumar is a Kurmi by caste. He is considered a champion of the Kurmi community, which is traditionally associated with the Koeri community. He enjoys a loyal vote base among his caste voters and retained it this time. Nitish in the past won the Lok Sabha election from Barh where Yadavs and Kurmi have dominance. This time again, Nitish retained the fortress. Out of Nalanda's seven seats, the NDA won six seats while the one went to the RJD. RLSP leader Upendra Kushwaha couldn't play spoilsport for Nitish. Kushwaha, once considered a close confidant of Nitish, couldn't win the trust of Koeri and Kurmi communities despite coming from the two strong castes. Koeris traditionally vote along with Kurmis and the two constitute around 10% of the state’s population.

The 'MY' factor didn't work for the RJD. The RJD was sure of a good show in the Seemanchal, but the entry of AIMIM played a spoilsport for the RJD-Congress alliance in the Seemanchal region, thus making the road to power a distant dream for Lalu's son Tejashwi Yadav. The AIMIM has won five seats -- Amour (Akhtarul Iman), Kochadhamam (Muhammed Izhar Asfi), Jokihat (Shahnawaz Alam), Baisi (Syed Ruknuddin), and Bahadurgunj (Azhar Nayeemi). Besides, the party's candidates have split votes at other places and decimated the hopes of the RJD-Congress, and benefited the BJP-JDU. In the last leg of campaigning, Nitish took a clear stand on CAA-NRC and countered UP Chief Minister Yogi Adityanath's narrative. He convinced Muslims from the Pasmanda background. Nitish said that 'nobody had the strength to send anyone out of the country'.

The opposition including the LJP was vocal against Nitish's alleged mismanagement of handling the twin issues of coronavirus and floods. But the people rejected their assertions. Opposition parties were expecting that the migrants were unhappy with Nitish's behaviour but the JDU chief reached out to the public with the report of his works.

Another factor that Nitish countered aggressively was the RJD's promise of 10 lakh jobs. Nitish convinced the public that RJD's promise is not practical and came out with data that how much jobs he provided to the people of Bihar in the last 15 years. Nitish made it a point to counter Tejashwi's 10-lakh jobs promise by underlining that only 95,000 jobs were created during Lalu-Rabri tenure from 1995 to 2005.

The Janata Dal (United) was aware that it wouldn't be a cakewalk for Nitish Kumar this election. Nitish reimposed his faith in the tried and tested candidates instead of going with new faces. It wouldn't be wrong to say this election was perhaps the toughest election Nitish had ever fought.

Nitish also played the emotional card in the last leg and it seems to have worked. He declared that this will be his last election. Nitish, known for his calm personality, continued with his style of politics and converted the opposition's 'personal attack' into opportunities. He gauged the mood of the crowd despite many embarrassing incidents at his rallies.

PM Modi addressed a dozen rallies in Bihar. His rallies drew huge crowds and that converted into votes. While the first phase went to the RJD, the second and third phases worked for the NDA. He discredited Tejashwi in his rallies and gave the slogan of "jungle raj ke yuvraj". He also cleared the air over LJP Chirag Paswan's 'secret' pact with the BJP. His credibility helped the BJP gain in the elections. In the Tirhut region, the NDA's strike rate was 70% and in the Mithilanchal, the BJP-JDU alliance strike rate was over 80%. In Bagha and Motihari, where PM Modi addressed rallies, the grand alliance failed flat. Similar was the situation in Darbhanga and Samastipur. The BJP contested 110 seats with a strike rate of 70%. It faced RJD at 61 seats where its strike rate was 55% and the Congress at 37 seats where its rate was 75%. 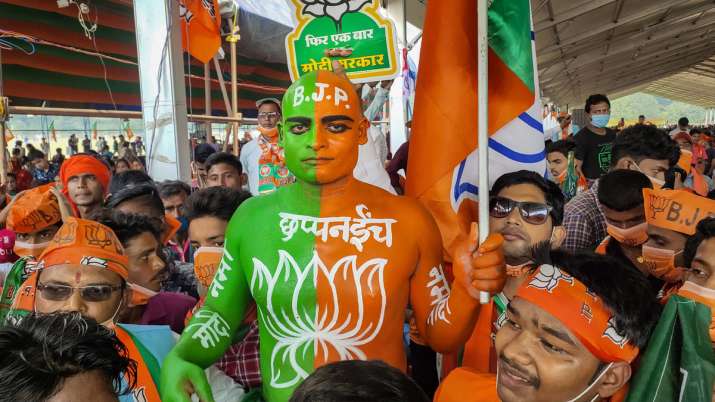 Several ground reports suggested that Nitish would face the heat in the elections being held amid the coronavirus pandemic. Thousands of migrant workers, employed outside the state, returned to Bihar during the lockdown. They accused the state government of doing nothing for them. However, sensing people's anger, both Modi and Nitish governments focussed on cash transfer and foodgrain assistance schemes for these affected families. The Modi government even extended the scheme of providing 5kg foodgrain per person to November. Nitish, on his part, announced monetary relief for migrant families with up to Rs 6,000 benefit. The RJD clearly failed to read the impact of these welfare schemes.