The Central Board of Secondary Education (CBSE) has submitted the Class 12 evaluation criteria for Class 12 results 2021 in Supreme Court. The board said that for classes 10 and 11, marks in the best of three from five papers in term exams will be considered. For Class 12, marks obtained in unit, term and practicals will be taken into account.

The board said that a 13-member committee was constituted by the board to work on the Class 12 evaluation criteria after the government announced to cancel the board exams in view of the pandemic. The government declared that result will be announced as per well-defined objective criteria in a time-bound manner. 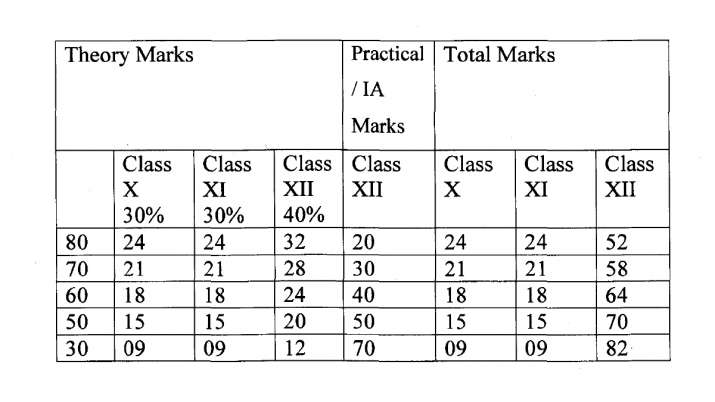 In its affidavit submitted in the Supreme Court, the board said that a result committee under the principal of the school will be formed in each school comprising of 2 senior most PGT from the same school and 2 PGT from neighboring schools. The committee will be given the liberty to prepare the result by following the policy of the board.

The board said that it will provide help by establishing a help desk in CBSE and also by providing software support in addition to several other supports to the committee in preparing the result.

In the case where any candidate is not satisfied with the assessment done, based on the policy, such candidates will be given an opportunity to appear in examinations to be conducted by the Board when conditions are conducive for holding the examinations.

"As per this policy, marks scored in the later examination will be considered as final," the CBSE submitted in the Supreme Court.

If there is an issue with any school in the implementation of the policy, the matter will be referred to a committee to decide the same, the board said in its affidavit.

The board said that it will declare the Class 12 results by July 31.

A bench of Justices AM Khanwilkar and Dinesh Maheshwari asked Attorney General KK Venugopal to come up with modalities for dispute resolution mechanism in the CBSE scheme itself so that grievances of students can be taken care of. Venugopal assured the bench that a committee will be constituted for redressal of students' concerns if any.