Why is it called the Super blue blood moon? All you need to know about total lunar eclipse 2018

On January 31, people will witness a rare phenomenon known as super blue blood moon. Supermoon will coincide with blue moon and total lunar eclipse. In India, it will start from 4:21 pm and will end at 7:37 pm.

January 31 will be a delight for those interested in celestial events. The day will mark a lunar trifecta as supermoon will coincide with total lunar eclipse and blue moon. The phenomenon is being called super blue blood moon. People across the world including Indians will be able to witness the triple lunar treat. It is the first such rare show by moon since 1982 and the next will occur after 2037. So in case you are wondering what is blood moon, blue moon and supermoon? And, when you can see it and what will be its effect on you? Here are answers to all your questions.

What is blue moon?

Despite the name, the moon will not appear blue in colour. The second full moon in a month is generally called blue moon. It occurs on an average of every two and a half years. There will be no change is the appearance and colour of the moon

A supermoon occurs when moon is at closest point to the Earth in the orbit. The point is called perigee. On supermoon, Earth's satellite appears 14 per cent larger and 30 per cent brighter. Recently, Earth has witness two supermoons and this will be the third one in the series. The previous two were on December 3, 2017 and January 1, 2018.

What is lunar eclipse? 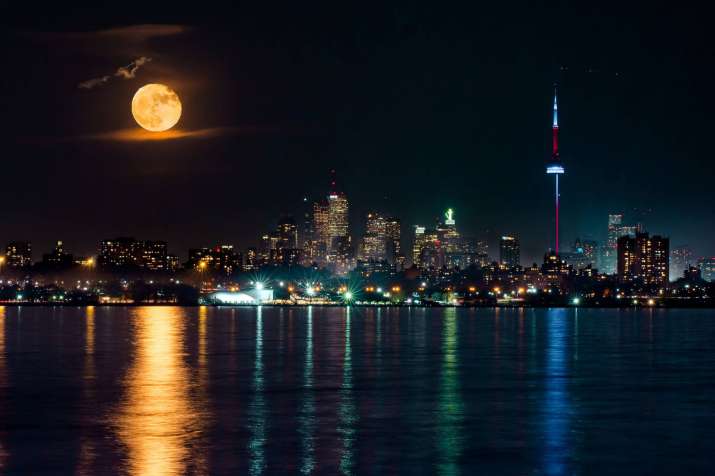 Why is it being called super blue blood moon?

Blood moon is associated with lunar eclipse. We all know during lunar eclipse, the Earth, the moon and the sun are aligned in a line and Earth blocks the sunlight from reaching moon. However, because earth's atmosphere allows the red wavelengths to pass through, we will see moon glowing in low brown red light. Hence, called blood moon. As the day is a combination of triple celestial events: blue moon, supermoon and blood moon, it is being referred to as super blue blood moon.

The phenomenon will begin in India from 4:21 pm and will end at 7:37 pm. The triple treat would start around 6:25 pm and can be seen in the eastern sky.

There are many myths related to full moon and sleep pattern. However, if a study in the journal Current Biology is to be believed then full moon does affect sleep. The study suggests that people have an average of 20 minutes less sleep around the time of full moon, as compared to new moon. Researchers also found that participants took five minutes more to fall asleep during full moon than around new moon.

When will other full moons of 2018 occur?

After two full moons in January, there will no full moon in February. The next one known as Worm Moon will occur on March 1. Here is a complete lunar calendar.