Know how investing in NPS can give tax benefits

As new financial year has commenced and every professional is busy making financial plans by looking into different investment options in-order to save tax. We will guide you as how your old age financial aid NPS can give you tax benefits. Just read out few facts about NPS investment and tax benefits. 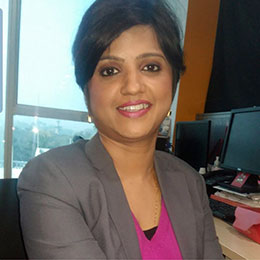 As the new financial year has commenced, every professional is busy making financial plans by looking into different investment options in order to save tax. There are many options like PPF, NSC, FD and many more in the markets under which one can save income tax. But, NPS (National Pension Scheme) is a saving option under which you can avail good benefits along with your retirement safety. NPS is a safe saving mode for retirement as it an initiative by Central Government to encourage people to save money as a pension for their future during their jobs.

Many of us are still aware of the tax benefits which one can avail by investing under NPS. We will guide you as to how your old age financial aid NPS can give you tax benefits. Just read out a few facts about NPS investment and tax benefits.

For salaried individuals or corporate subscribers: Their own contribution of up to 10% of their ‘Basic + DA’ part can be claimed as deduction under Section 80CCD (1) subject to the overall top limit of Rs 1.5 lakh under Section 80C.

For Corporates: Contributing through Employer’s 10% of basic salary which includes Basic +DA can be deducted by mentioning their business expense from their profit and loss account.

Tax deduction under Section 80CCD (1B):

For both self-employed and salaried individuals they can additionally claim up to Rs 50,000 under Section 80CCD (1B). This is over and above the Rs 1.5 lakh deduction available under Section 80C of Income Tax.

Chartered Accountant, Gopal Kumar Kedia said, “Investment in National Pension Scheme (NPS) is suitable for those who wish a regular income after retirement. In addition, every year, there is an additional deduction of Rs. 50,000 in Taxable Income under section 80C. Tax Payer must avail this benefit.”

One can also claim any additional self contribution (up to Rs 50,000) under section 80CCD (1B) as NPS tax benefit.

The NPS scheme, hence, permits a tax deduction of up to Rs 2 lakh in total.

Contributions made by central government employees to their Tier II NPS accounts qualify for tax deduction under Section 80C. This deduction is not available on investments in Tier-II NPS accounts made by other employees and self-employed subscribers. This is only for those employees mentioned by the Central Government.

Also, in Tier II withdrawals are permitted due to voluntary addition, whereas in Tier I it is not permitted as it is a default account.

In order to get benefit after retirement, it is very important to continue this scheme until the age of 60. Any payment received by the NPS subscribers due to the maturity or opting-out from the NPS is tax-exempt up to 60% of the NPS corpus. In the case of NPS maturity, at least 40% of the corpus has to be used for purchasing annuities. While this component is also tax-exempt, the income received from the annuities is taxable as per the tax slab of the subscriber mentioned.

In the entire tenure of NPS scheme, one can also withdraw the money up to three times by maintaining a gap of 5 years. As restrictions of withdrawal is only for Tier 1account holders not for Tier II NPS account holders.

“Any amount received by the nominee of an NPS subscriber upon his death is tax-exempt. Partial withdrawal from NPS is tax-exempt up to 25% of the contribution made by the subscriber,” says Naveen Kukreja, CEO &Co-Founder, Paisabazaar.com

Invest in NPS only when you decide your future goals and risk along with the clear picture of your investment motive. According to many financial experts’ NPS is a best pension scheme for retirement. Do take your financial advisor and tax expert’s suggestion before investing in any of the schemes to save tax.