With amazing camera, solid design; Lava V5 Unboxing is worth a catch in sub- 12 k category

New Delhi: The sub Rs 12,000 price range is already crowded with some really good smartphones and now Indian smartphone manufacturer - Lava has come up with its latest flagship device, the V5. Priced at

New Delhi: The sub Rs 12,000 price range is already crowded with some really good smartphones and now Indian smartphone manufacturer - Lava has come up with its latest flagship device, the V5. Priced at Rs 11,499 and a successor to the Pixel V2, the home grown brand's latest version is betting high on the photography experience.

While only time will tell whether Lava V5 can take on the competition, let's check out the phone along with the sneak peek of its capabilities. 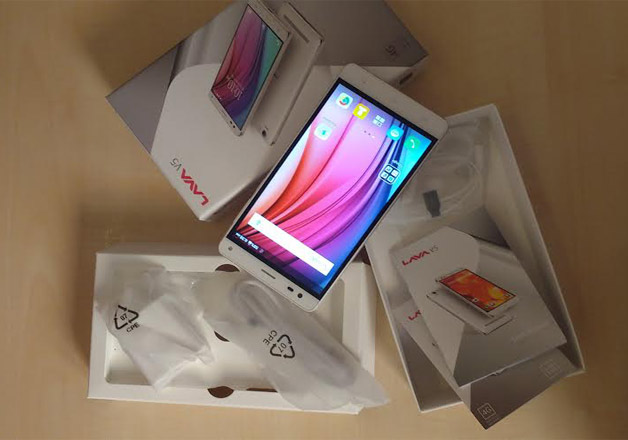 The Lava V5 comes in a neatly-packaged box with the device's key features. Under the tray holding it, you will find the usual set of accessories – a charger, a micro-USB cable and ear phone. It also has a user manual, a screen protector and the battery which has to be attached to the smartphone.

With such a large display it just manages to fit in our hand; however you would need to use both your hands for most actions. The good part of the phone it remains slim with its frame measuring 8.3mm. The display has vibrant colours with no pixilation observation. The viewing angles are also accurate with fine under the sun readability. The 5.5-inch display has a 720p resolution, which results in a pixel density of 267ppi. The phone's display isn't that sharp as in the same budget we find smartphones with full HD resolutions, but is quite decent and offers vivid colours too. It is protected by Corning Gorilla Glass 3 against scratches and minor knocks. 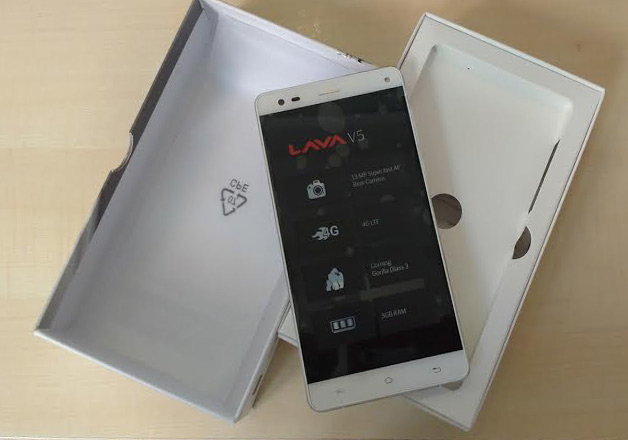 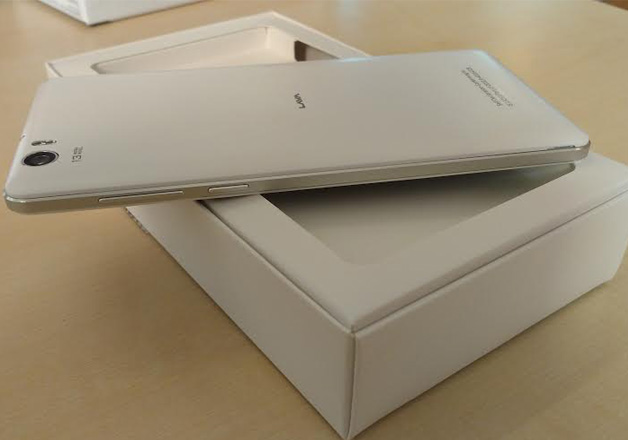 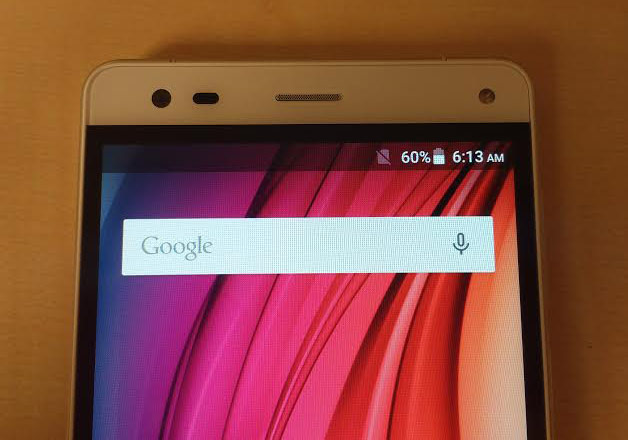 The V5 falls into phablet category with a 5.5-inch display. In the up-front you will find an earpiece, a front-facing shooter, a front flash, and a row of capacitive keys below. The handset is made of plastic, however the phones premium look come from the metallic rim along its edges. In the right, there is a power button as well as volume rocker, while the 3.5mm audio jack is on the up top. The rear panel is removable and has a smooth finish. Coming on the back, the cover attracts smudges and also becomes a bit slippery. It is removable with space for the replaceable battery, a pair of micro-SIM slots and a micro-SD card slot. There is a large speaker unit at the bottom, Lava branding embossed at the centre and a 13MP shooter with the LED flash light at the top left corner. On the whole, the design is clean and justifies the price point. 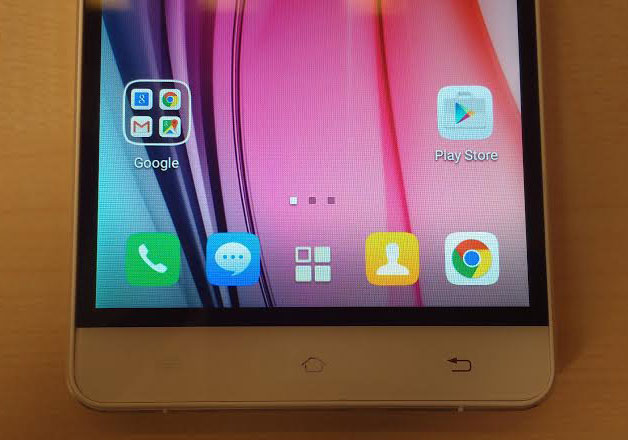 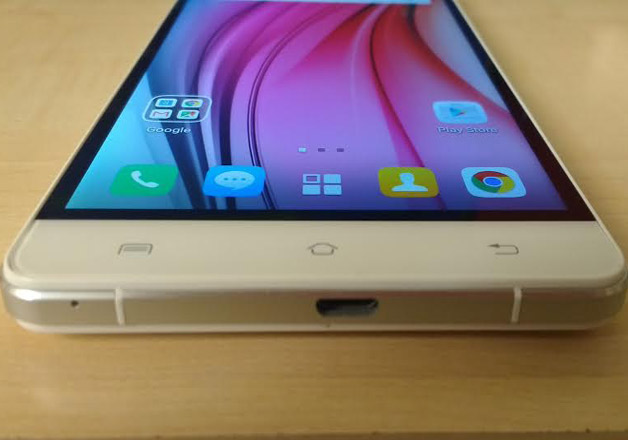 The Lava V5 comes with a 1.3GHz processor from MediaTek with four 64-bit cores running at 1.3GHz. The SoC is coupled with 3 GB RAM. For storage, the V5 has a 16GB built-in memory, which offers approximately 10GB to the end user. It can also be expanded further with the use of a microSD card up to 32GB. The Lava V5 comes with 3,000mAh battery. The phone supports 4G, and will also be compatible with Jio's VoLTE networks, via a software upgrade. Other connectivity options include Bluetooth, Wi-Fi and GPS. 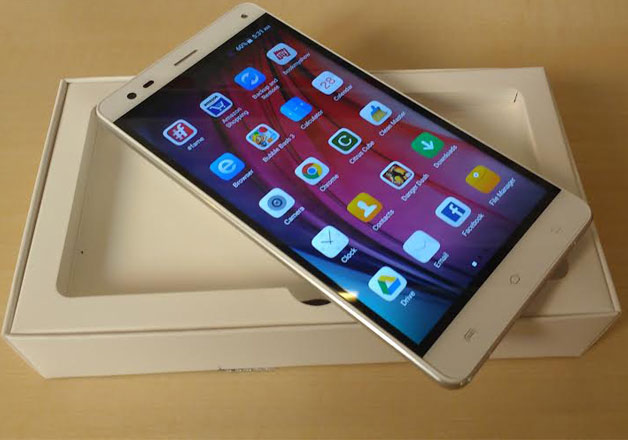 It runs on Android OS with Lava's own Star OS layered on top of 5.1 Lollipop. The UI has colourful icons and also supports gestures. There are many demo games such as Modern Combat and Danger Dash, and some pre installed apps such as Amazon, BookMyShow, OLX, Saavn, etc, which can be uninstalled. The phone also has Smart Wake Up, Gestures control, OTG Support and Super Power Saving Mode. 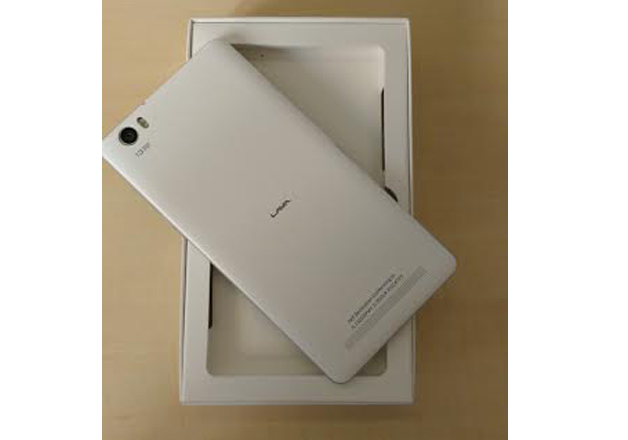 Lava has claimed a lot about the camera performance of the V5. The 13MP rear camera integrates a Samsung 3M2 ISOCELL sensor and has an f/2.0 aperture with Auto-Focus to quick focus the subject while taking a shot, which is also supplemented by dual-LED flash. For quick focus, the camera features phase detection autofocus. For selfies, the front has an 8MP camera featuring f/2.2 aperture with 84-degree wide angle lens and LED flash. . It also has many other features like Beauty-Fi and Night Pro.

Lava V5 comes at a price point where it can compete with some of the best phones in the sub Rs 12k handsets such as Lenovo Vibe K4 Note, Moto G 3rd gen, Le 1S etc. These handsets have a better price and also offer added features such as IPX rating, full HD display and fingerprint sensor, fingerprint sensor and low price etc. All these other option makes it really tough for Lava V5 to be the number one choice in its respective price bracket.