From the iconic Jawa making a comeback to Royal Enfield adding two new bikes to its line up and TVS, Hero MotoCorp coming up with all new scooter models, the 2-wheeler segment offered plenty in 2018.

The fast-paced Indian two-wheeler market witnessed plenty of new launches in 2018. From the iconic Jawa making a comeback to Royal Enfield adding two new bikes to its line up and TVS, Hero MotoCorp coming up with all new scooter models, the segment offered something for every section of commuters.

How 2018 offered milestones for women empowerment in Hindi cinema

Two years after Classic Legends, a subsidiary of Mahindra and Mahindra, inked a deal with Czechoslovakia-based Jawa Motorcycles to bring the iconic brand back to India, the company launched Jawa bikes in the country in November.  The company showcased three models - Jawa Classic, Jawa Forty Two and Jawa Perak. However, bookings were opened only for Classic and Forty Two models. Mahindra has set up a plant in Pithampura, Madhya Pradesh for the production of Jawa bikes. 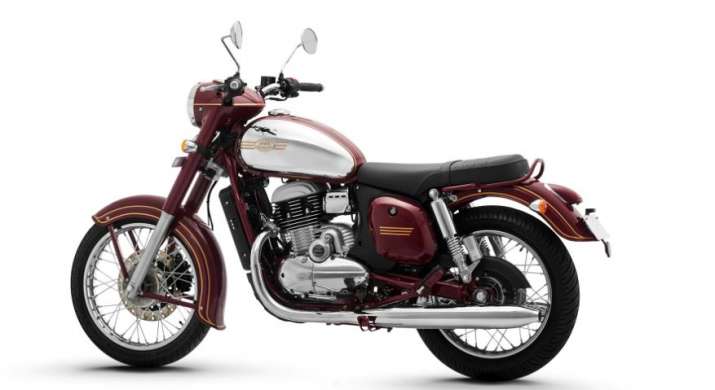 Specifications: The Jawa Classic possesses 293cc engine which produces 27.37 PS of power at 28 NM torque. The single-cylinder liquid cooled engine is assisted by 6-speed manual gearbox. The bike has disc and drum brakes in the front and rear respectively. It has telescopic fork type shock absorbers in the front. In the rear, gas canister-twin hydraulic shock absorber with 5-step adjustability will do the duty.

Specifications: Jawa Forty Two is powered by a 293cc, single-cylinder, liquid-cooled, DOHC engine that develops 27hp and 28Nm. The engine has been mated with a 6-speed gearbox. The bike has telescopic fork type front suspension and twin shock absorbers at the rear. Jawa Classic has also been fitted with single channel ABS. 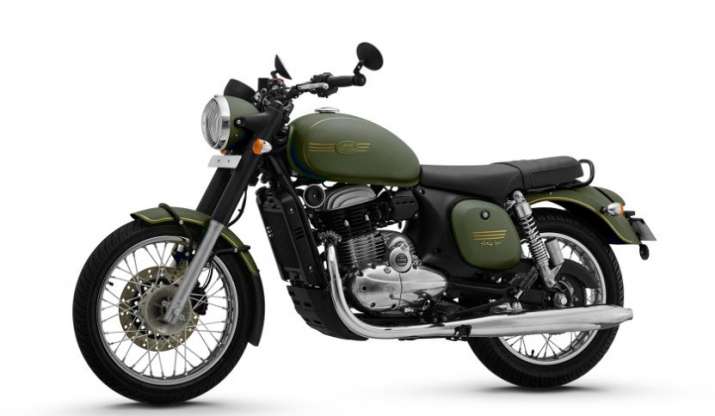 Both the bikes have created an enormous buzz ever since their launch. The overwhelming response is evident from the fact that both Jawa Classic and Jawa Forty Two have now a waiting period till September, 2019 even before the delivery of first bike.

Specifications: The Continental GT 650 is an all new bike from Royal Enfield stable. The bike has been fitted with an air/oil-cooled all new 648 cc engine which produces 47 horsepower at 7250 RPM and maximum of 52 Nm torque at 5250 RPM. The engine, which uses fuel-injection technology, is aided by 6-speed gearbox and digital spark ignition system. The braking system includes disc brakes with ABS at both front and rear. As far as suspension is concerned, 41mm fork-type shock absorbers will do duty front duty. At the rear, the bike has been fitted with twin coil-over shock absorbers.

Specifications: The Interceptor 650 features a twin cradle, tubular frame. Royal Enfield has developed an all new 648 cc air/oil-cooled engine for Interceptor. The engine, which will be helped by 6-speed gearbox, offers 47 horsepower at 7250 RPM and maximum Nm torque at 5250 RPM. Suspension is aided by 41mm fork type in the front, while the twin gas charged coil-over shock absorbers will do the duty at the rear.  Petrol tank can fill 13.7 litre of fuel. The Interceptor gets has disc brakes both at the front and rear fitted with ABS. 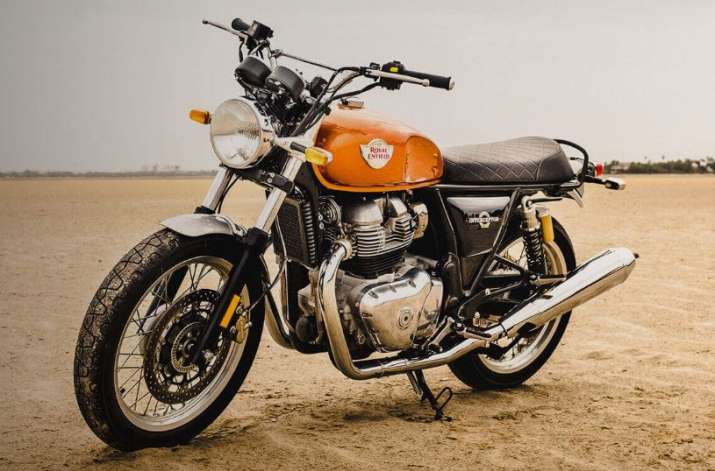 Specifications: Radeon is the latest city-commuter model from TVS which competes with market leader Hero Splendor, Honda Shine and Bajaj Discover. Powering TVS Radeon is the trusted 109.7 cc, 4 stroke Duralife engine which produces a maximum of 8.4 PS power at 7000 rpm and offers a torque of 8.7Nm at 5000 rpm. Radeon has telescopic oil damped front shock absorbers, while in the back it has 5-step adjustable hydraulic shock absorber. The bike has plenty of features which makes it a value for money product. Pillion grabrail with carrier, lady pillion handle with hook, USB charging spot, all gear self start, maintenance free battery are a few attractive features in TVS Radeon. 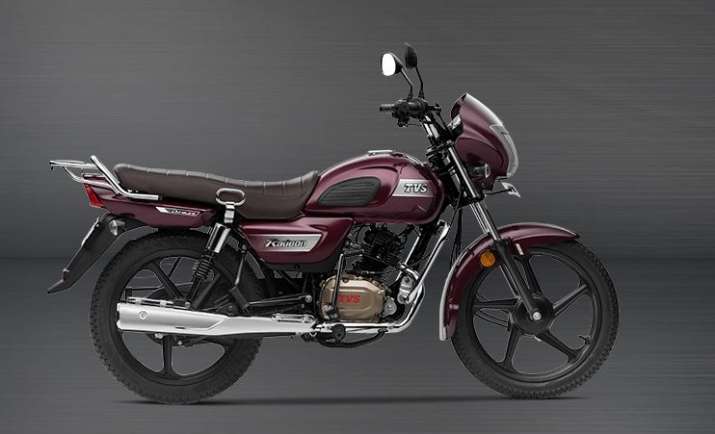 Specifications: According to TVS, the Apache RTR 160 was conceptualised to have compact race design, definitive shape and an aggressive-forward biased stance. TVS Apache RTR stands true to its concept. The bike is with fitted 4-stroke oil cooled engine which has a capacity of 159.7 cc producing a maximum of 16.5 PS at 8000 RPM and delivering a maximum torque at 14.8 NM at 6500 RPM. The engine is mated with 5-speed gearbox. The rear suspension is monoshox and on the front TVS RTR 160 has telescopic fork type shock absorbers. The breaking system has both drum and disc brakes depending on the variant. The fuel tank has a capacity of 12 litre. 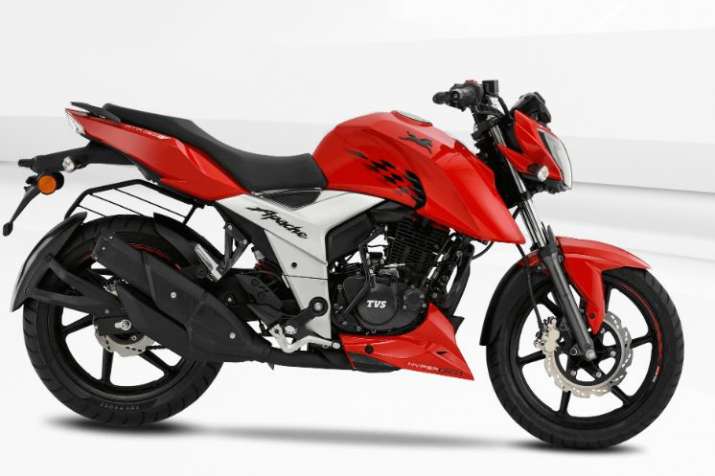 Specifications: The stealth aircraft-inspired styling of TVS NTorq created a storm in the 100-125 gearless scooter category which is evident from the fact that over 1 lakh units of the two-wheeler have been sold so far. NTorq possess a powerful 3-valve 125 CVTi-Revv oil-cooled engine which produces 9.4 PS at 7500 RPM and offers a maximum torq of 10.NM at 5000 RPM. TVS NTorq has telescopic front suspension, and gas filled hydraulic type coil spring rear shock absorber. Fuel tank capacity is of 5 litres. NTorq has been fitted with a number of new age features such as bluetooth, navigation assist, caller ID, last parked location assist, and ride stats share on social platforms function. 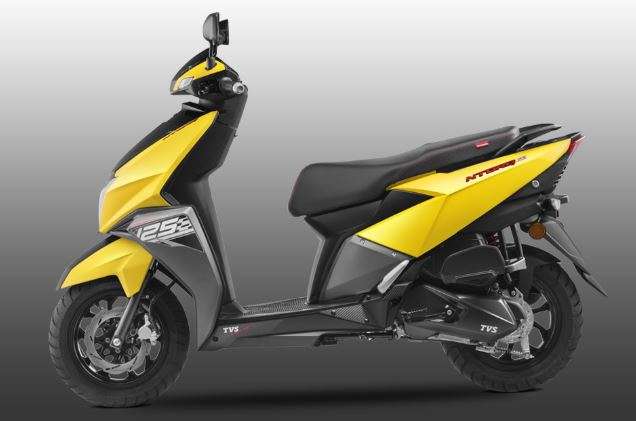 Specifications: The new Suzuki Burgman Street comes in with a 125cc, 4-stroke air-cooled engine SOHC 2 valve single-cylinder BS-IV engine which produces a maximum power of 8.7ps at 7000 rpm and 10.2Nm  at 5000 RPM. What makes the Burgman Street stand out from its competitors is its styling. Under seat storage of 21.5 litre, mobile charging socket in glove box, multi-function full digital meter are some of the star features in the scooter. 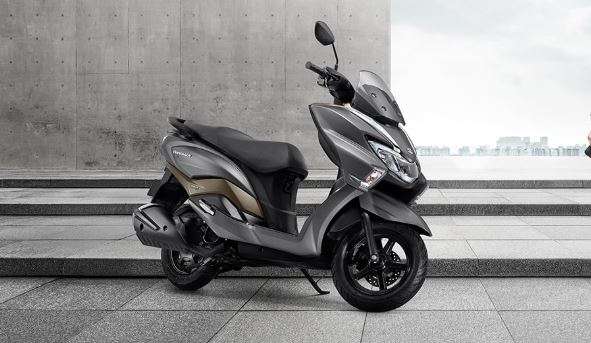 Specifications:  Hero MotoCorp, country’s largest two-wheeler maker, forayed into the 125-cc scooter segment with an all new product - Destini 125. Hero which has scooters like Pleasure, Maestro Edge, Duet plans to compete with Suzuki Access 125, Honda Activa and Grazia, and TVS NTorq with Destini 125. Equipped with air cooled 4 stroke, SI engine, Destini 125 produces 8.70 BHP of power at 6750 RPM and 10.2 Nm at 5000 RPM torque. The scooter has also been fitted with i3S technology which is also known as Idle Stop Start System. 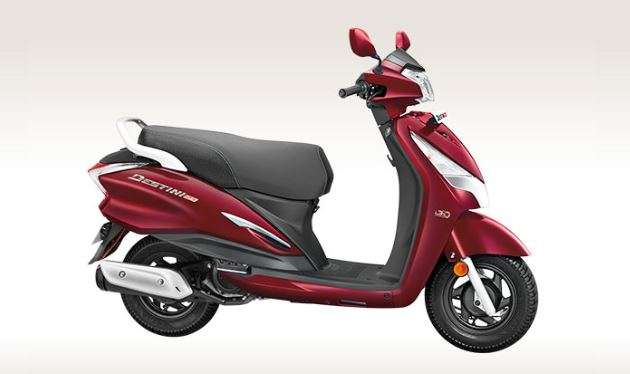 Specifications: Hero Xtreme 200R has 199.6 cc air cooled, 4 stroke, 2 valve single cylinder engine which produces a maximum power of 18.4 PS at 8000 RPM and 17.1 NM at 6500 RPM torque. The engine has been mated with 5-speed constant mesh gear box. The bike has been fitted with telescopic hydraulic type with antifriction bush front shock absorber. Doing duty at rear is 7-step adjustable monoshock suspension. The kerb weight of Xtreme 200R is 148 kg and the fuel tank capacity is 12.5 litres. 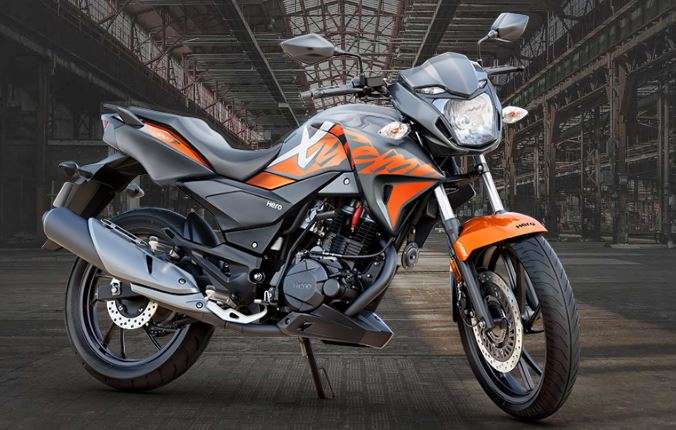