Samsung is one of the major companies that make tablets and ensure that the segment doesn’t die. The Samsung tablets have evolved over the years and have arguably become a pretty good deal for an Android tab. This year, the South Korean tech giant launched its Galaxy Tab S7 and the Galaxy Tab S7+ as successors to the Galaxy Tab S6 series. The tablets come with high-end specs, a sleek design, and prove to be helpful in the current COVID times when we need either a laptop or a tablet to work/study from home.

Welcoming an interesting experience, I got to use the younger sibling the Galaxy Tab S7 series for some time to see whether or not the device helps you in multitasking and if it should be purchased right now. Read on IndiaTV Tech’s review to know.

Tablets as a type have gone through several changes since the last time I used one when I was a kid. They certainly have become well-designed and ensures portability, the main purpose for their inception in the first place. The Galaxy Tab S7 is a tablet that carries these two traits with it. It is sleek and good-looking with tints and tones of premium. The flat edges give the tablet well-finished look. The device is quite light and solves the purpose of carrying it anywhere you want. Upfront, there are thin bezels for better viewing but they haven’t been completely eliminated. 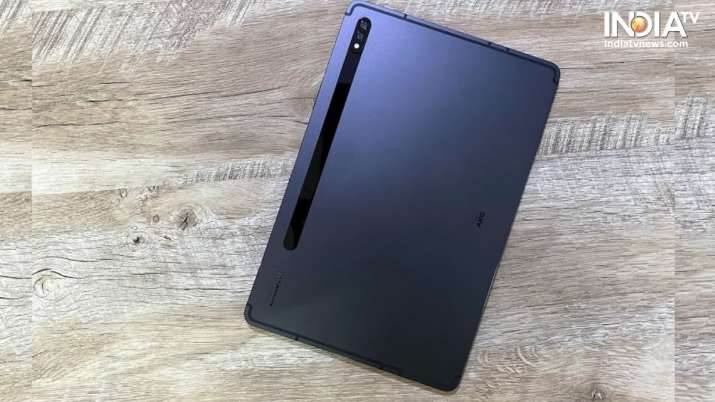 The Tab S7, while ensuring a good build quality, has a sense of minimalism that makes it look better. It comes in Mystic Black, Mystic Bronze, and Mystic Silver colour options. I got hold of the black one, which is a combination of black and grey and makes the aluminium chassis pop up a little. 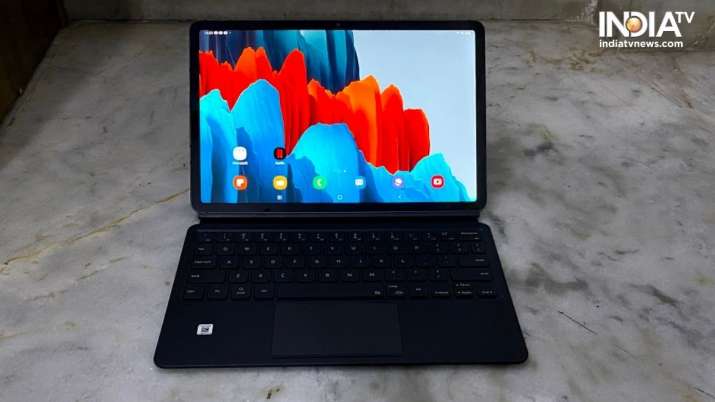 Aesthetics-wise, it features dual rear cameras arranged vertically in the top left corner, which merges into a black strip, also aligned vertically, The black strip is magnetic in nature and is meant to reside the S Pen. This is followed by Samsung branding. There is also an AKG branding on the right side in the middle. The display has thin yet visible bezels and a front camera in the middle of the right side. If you place the tablet horizontally, the selfie camera appears to be at the top. The left side houses the pogo pins to connect the keyboard cover and the left side has the power on/off button (also doubles as the fingerprint scanner), the volume rocker, and the SIM tray. There are speaker grilles on the four corners of the tab. There is also a USB Type-C port for charging at the bottom edge. 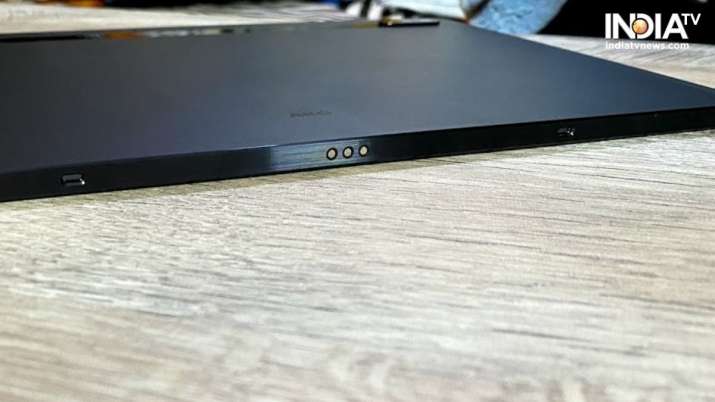 The device more or less looks like the iPad Pro 2020 and even like the latest iPad Air 2020, mainly due to the flat edges. But this little similarity in detail apart, the Galaxy Tab S7 is one good-looking and lightweight you would want to get. 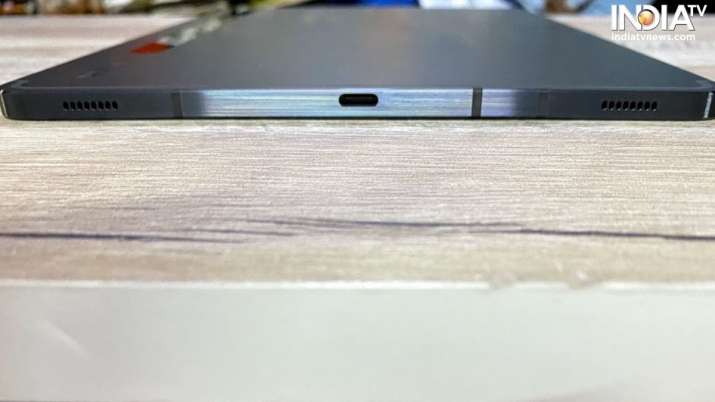 The Tab S7 has an 11-inch TFT display with 2,560 x 1,600 pixels screen resolution and a 120Hz refresh rate. The display is smaller than the 12.4-inch Super AMOLED display seen on the Galaxy Tab S7+. However, it proves to be just apt as a device that falls in the middle of a smartphone and a laptop. The comfort of usage is further ensured to its sleek design. 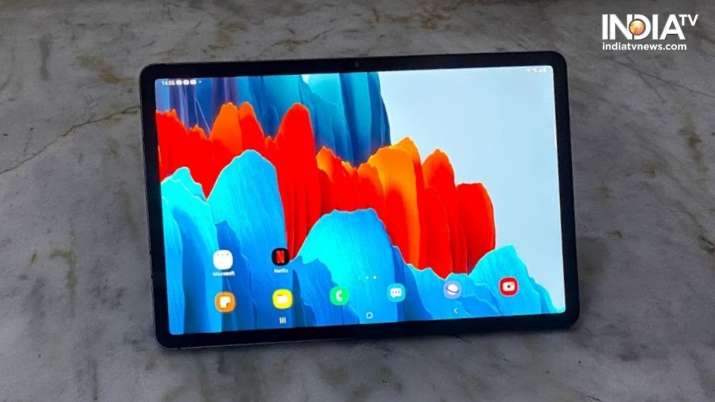 The display, much like various Samsung displays, has proved to be quite an amazing deal. While the S7 lacks a Super AMOLED screen, the viewing experience has been a good one throughout my usage period. The colours appear bright, colourful and detailed. Although oversaturation sets in, by now I have adjusted to this nature of Samsung products and the vivid content feels good at times. The display supports light and dark modes, adaptive brightness, and the option to change the refresh rate. Much like my experience with the Galaxy S20+, the 120Hz display on the Tab S7 proves smooth and quick, making the usage a lot better. But, it takes a toll on battery life. You can anytime go back to 60Hz display via the settings to avoid that.

The S Pen is the Tab S7’s main highlight and one of the reasons why it makes it more productive. It is a traditional-looking pen with a button to operate. While letting you scroll through stuff and perform actions on the tab, the S Pen also supports gestures for more convenience. There is a pen logo on the display that allows you to perform tasks such as create notes, Screen Write, AR Doodle, Translate, Live Messages, and more. You can take images, zoom in, and more by pressing the button or swiping the pen like a wand. 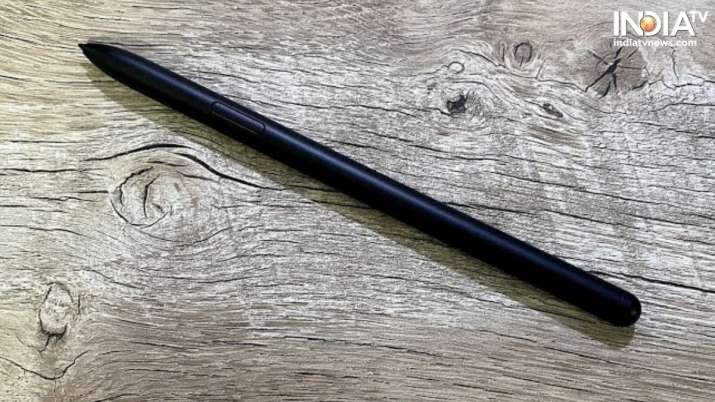 Throughout my review period, the S Pen proved to be a fun and productive companion. Using it to scroll through the tablet or for scribbling around was easy and fun. Although, there were times when it didn’t work as smooth as expected. Another problem that I faced was the constant need to connect the S Pen to my tablet as it lost connection quite often. Overall, the usage was smooth and those who like using a stylus to work around, the S Pen and the tablet can become your go-to device. 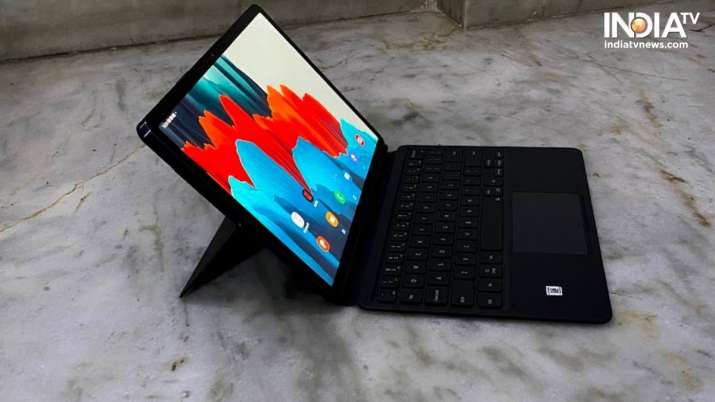 As for the keyboard, it has decent quality and attaches itself to the keyboard really quickly via the pogo pins on the tablet. It has a place for the S Pen too, a stand to place it anywhere, and you can remove the keyboard part when you are not typing. However, it doesn’t fulfil its main purpose: to provide for easy user experience and replace a laptop with the Tab S7. The keyboard isn’t sturdy and is flimsy, especially while being used on the lap. I mostly placed the tablet on my lap and typing became really difficult. While the keyboard has smooth and easy-to-use keys and trackpad, it doesn’t ensure the comfort of typing. Although, the cover did help me place the laptop anywhere and watch stuff with convenience. 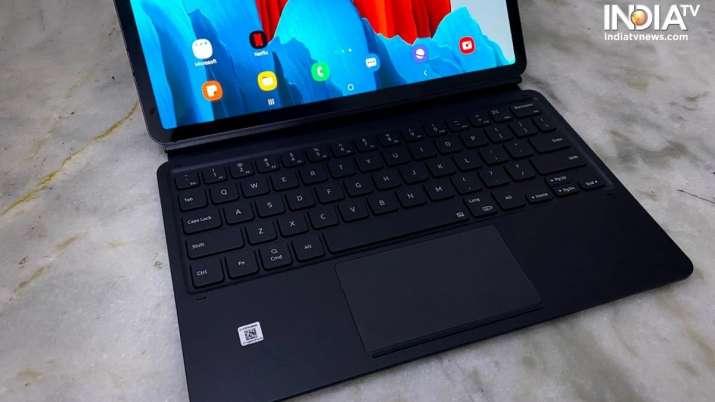 The Galaxy Tab S7 is a powerhouse on papers with a Qualcomm Snapdragon 865+ processor, 6GB of RAM, and an 8,000mAh battery. And more often than not, it feels so too. I used the tab for a number of things: I scrolled through the internet, watched tons of videos, doodled around as my new hobby, shopped, and whatnot. The usage was mostly smooth. The 120Hz display was pretty smooth and you will find your fingers and even the S Pen smoothly gliding on it. Videos were more than decent; I got brighter colours and details and the Tab S7 was the perfect option for this. The 11-inch display size and the lightweight ensured a smooth video-streaming. I didn’t play heavy-graphic games but the popular titles such as Candy Crush Saga, Subway Surfers, and the gameplay was quite smooth. Multi-tasking was quite easy and the split-screen mode helped in the completion of several tasks on my hands. 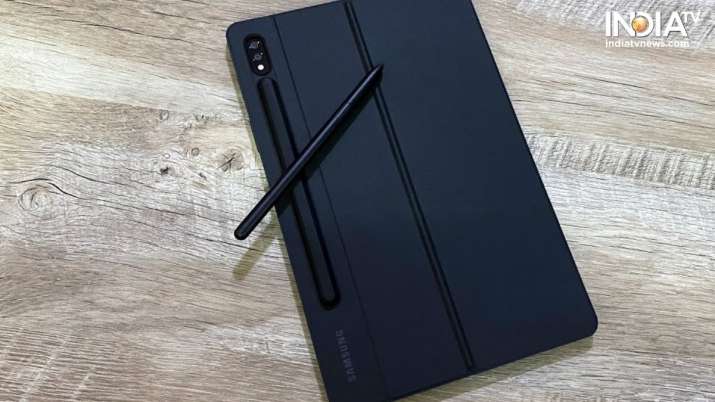 The device gets two rear cameras (13MP, 5MP) and an 8MP front camera. While video calling was decent, the cameras didn’t perform amazingly while taking pictures. Using the cameras for basic photography is fine but don’t expect a lot of details and high-end performance from the tablet. 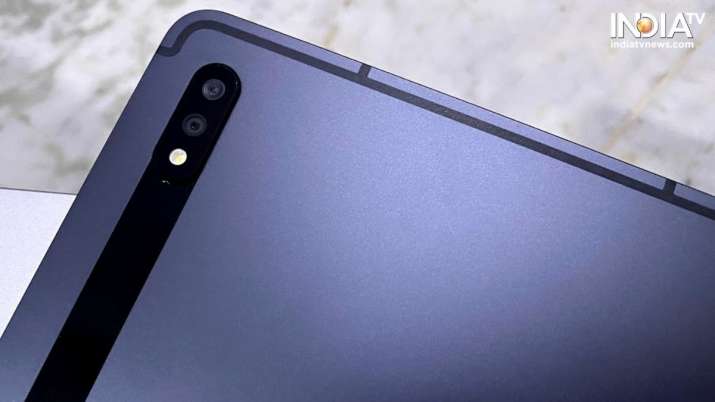 The 8,00mAh battery wasn’t that impressive. It was able to last me about 2 days and a couple of days on standby. This is fine but not too amazing. The tablet took more than hour to charge and I wasn’t impressed. An hour’s time is decent but taking more than 1.5 hours was just annoying. As for the UI, the tablet runs Samsung One UI based on Android 10 and it mainly has a user experience similar to any Samsung product. It was neat and didn’t have much bloatware. However, various apps weren’t customised for the auto-rotate mode, which didn’t allow me to view content and use apps in the landscape mode. This calls for more improvement for the tab UI. Among others, the side-mounted fingerprint scanner worked decently and unlocked the device quickly and the audio was pretty good too. 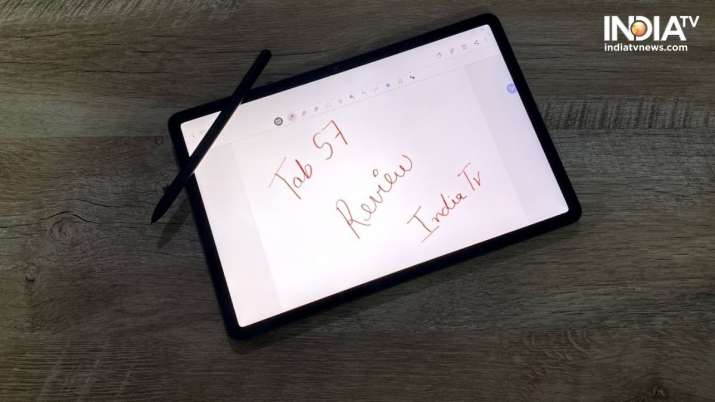 The Samsung Galaxy Tab S7, with a price of Rs. 55,999 (Wi-Fi) and Rs. 63,999 (4G), is one of the tablets that you would want to use for multi-tasking and even for fun. The device is a middle-ground where you can complete your daily work tasks and switch to the leisure mode for video-streaming or just random stuff. While the UI, the camera, and the keyboard accessory could have been better, the overall usage doesn’t let these three elements come in the way for a long time.

If you have a budget and the urge to use an Android tablet, packaged in a compact form factor, the Galaxy Tab S7 is for you!