Samsung Galaxy Tab S6 Review: Finally, a tablet that can act as a laptop

Samsung Galaxy Tab S6 Review: Can a tablet finally replace a laptop? Let's find out in our full review.

Samsung Galaxy Tab S6 recently arrived in the Indian market as the flagship offering from the company. The key highlights of the tablet include a massive 10.5-inch AMOLED display, S Pen, quad-speaker setup powered by AKG and much more. Samsung has priced the LTE version of this machine at Rs. 59,900. But is it worth that hefty price tag? Let's find out in our full review.

Samsung Galaxy Tab S6 features a 10.5-inch Super AMOLED display with a resolution of 1600x2560 pixels and HDR support. The tablet is powered by the Qualcomm Snapdragon 855 processor. It packs in 6GB of RAM and 128GB of onboard storage, which is further expandable up to 1TB using a microSD card. The Tab S6 runs on Android 9 Pie-based OneUI 1.2 out of the box. All of this is backed by a massive 7,040mAh battery.

As for the optics, the Samsung Galaxy Tab S6 sports a dual-camera setup at the back and an 8-megapixel selfie shooter at the front.

Samsung Galaxy Tab S6 comes with a very sleek and modern design. The tablet features minimal bezels on the display, which helps in bringing a larger screen real estate on a relatively smaller chassis. The back of the Tab S6 looks quite bland with just the Samsung, AKG logos and the dual-camera setup. The right side gets the power and volume buttons whereas the left side gets a magnetic pin connector used to attach accessories like the original keyboard. The top and bottom edges are equipped with a quad-speaker setup from AKG. Also, there is a USB Type C port at the bottom. 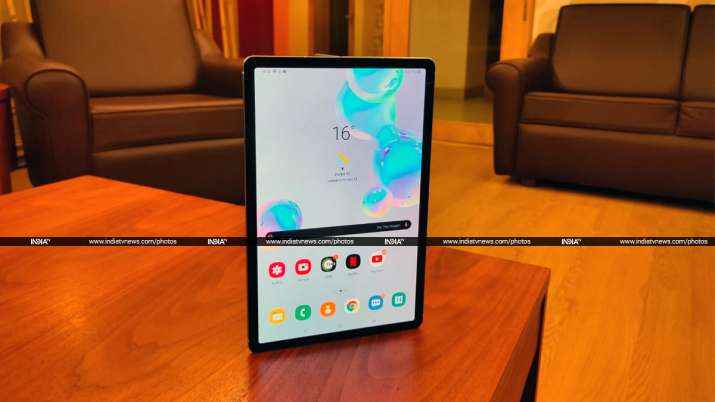 Samsung has also provided an S Pen with the tablet that can be attached on the back. Since the S Pen is Bluetooth enabled, it does require charging, which it does wirelessly by attaching on the back of the tablet. 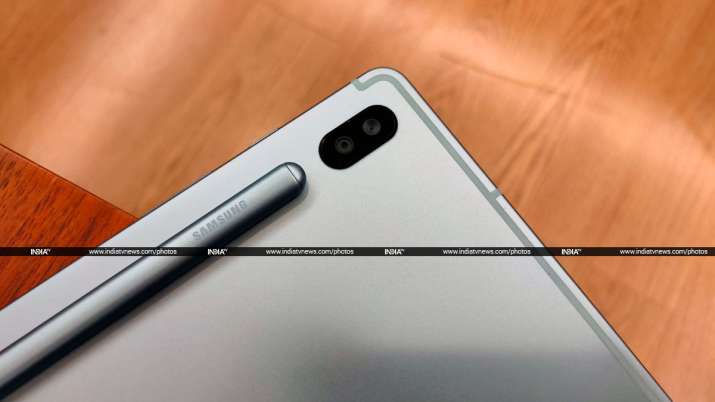 Samsung also sells a keyboard cover for the Samsung Galaxy Tab S6 priced at around Rs. 10,990. The keyboard case does add a lot of functionality to the tablet. It not only provides a better typing experience but also bring a trackpad that can offer a true laptop-like experience. Also, it is worth noting that unlike the iPad Pro's original case, the keys on the Samsung keyboard are tactile and give a great amount of feedback while typing.

As this is a flagship tablet from Samsung, the comapny has loaded it with the best specs available. The table runs on the Qualcomm Snapdragon 855, which provides an amazing experience in video editing or gaming. That blazing fast processor is complemented with 6GB of RAM that ensures good multi-tasking without any hiccups. 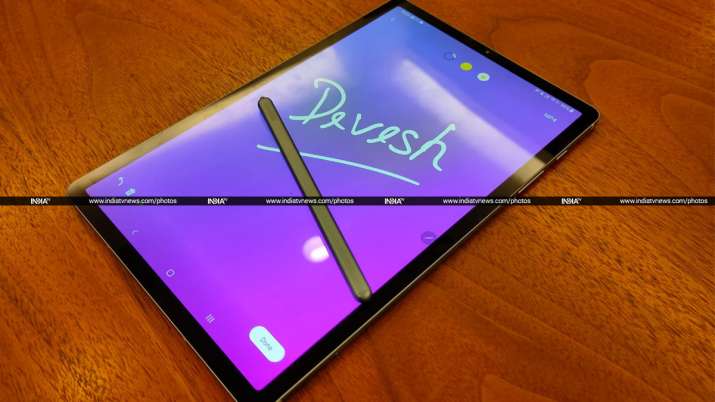 During my time with the device, I played games like PUBG: Mobile and Call of Duty, which ran without any issue on the highest settings possible. Also, I did use apps like Photoshop Express and Lightroom. Photo editing on the go was made even more fun with the S Pen as it gave me the extra bit of control I needed.

Samsung Galaxy Tab S6 runs on Android 9 Pie and brings a ton of features onboard. When I wanted to use it like a laptop to work on articles, the Samsung Dex and the Samsung Keyboard gave me a feeling of using a traditional laptop. Apart from typing on the go, I was also able to use the general keyboard shortcuts like Ctrl+C for copying text. 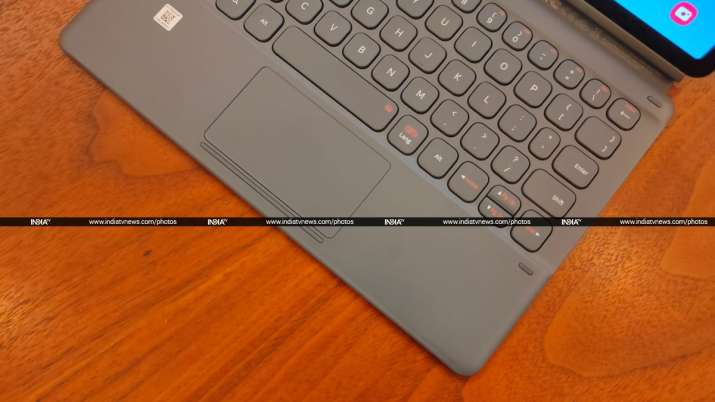 While the tablet combined with the software was able to give me a great user experience, there was something lacking. Android, as an operating system, is not the best fit when it comes to using it as a laptop. It bottlenecks the true potential of the Galaxy Tab S6. However, Samsung Dex was able to solve many of those problems.

Samsung Galaxy Tab S6 comes with a dual-camera setup at the back consisting of a 13-megapixel wide-angle and a 5-megapixel ultra-wide lens. Upfront, the device sports an 8-megapixel selfie shooter. The cameras on the Galaxy Tab S6 were not as impressive as the device itself. However, it does take decent shots both indoors and outdoors. 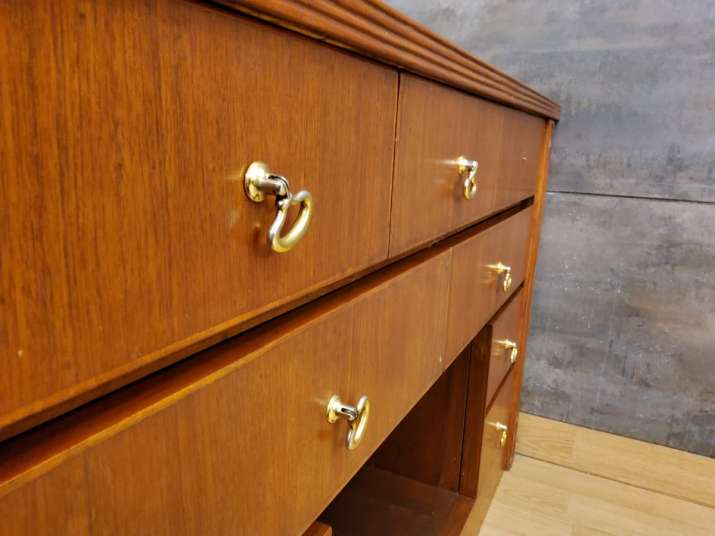 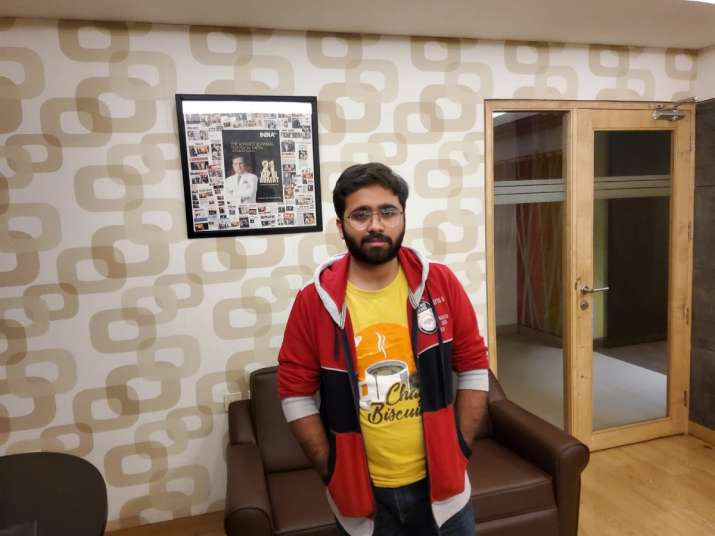 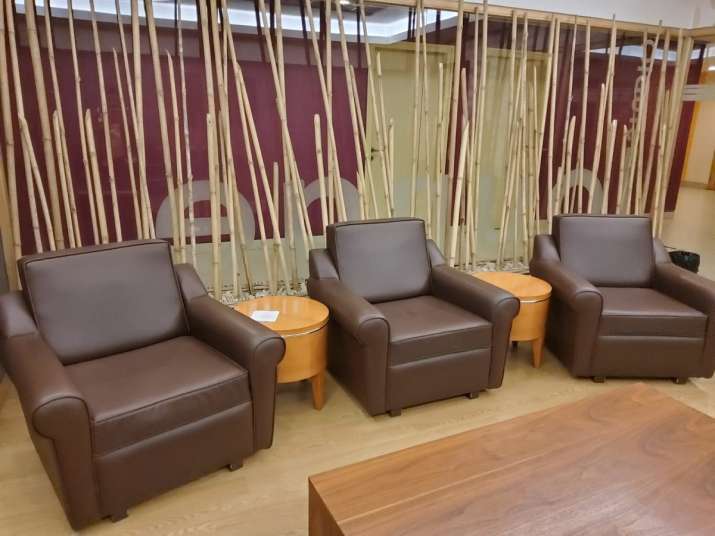 As for the battery life, the Samsung Galaxy Tab S6 comes equipped with a massive 7,040mAh battery. I have used the device continuously for long hours and it easily handled a day's usage on a single charge. However, when I did need to top it up, the Samsung Fast Adaptive Charger was always there to help. Although, I did Samsung added the 45W Fast Charging capability just like the Samsung Galaxy Note 10+. 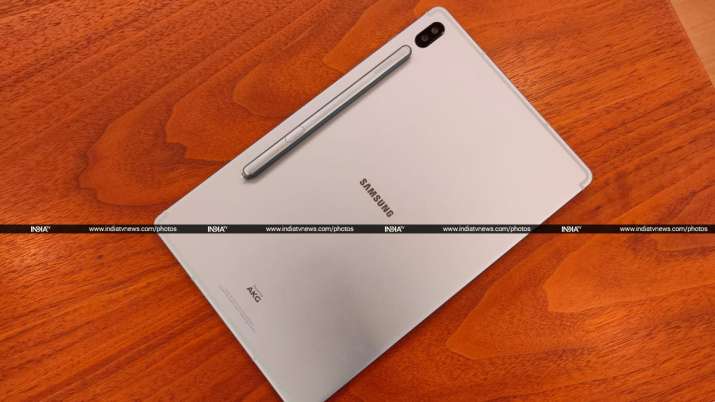 In a nutshell, the Samsung Galaxy Tab S6 is a great flagship tablet from the company. While it does offers a better experience as far as Android tablets go, it does lack a few things to make it a true laptop replacement. Depending on what work you do on a laptop, it can either become a good laptop replacement or at least act as a great secondary device.